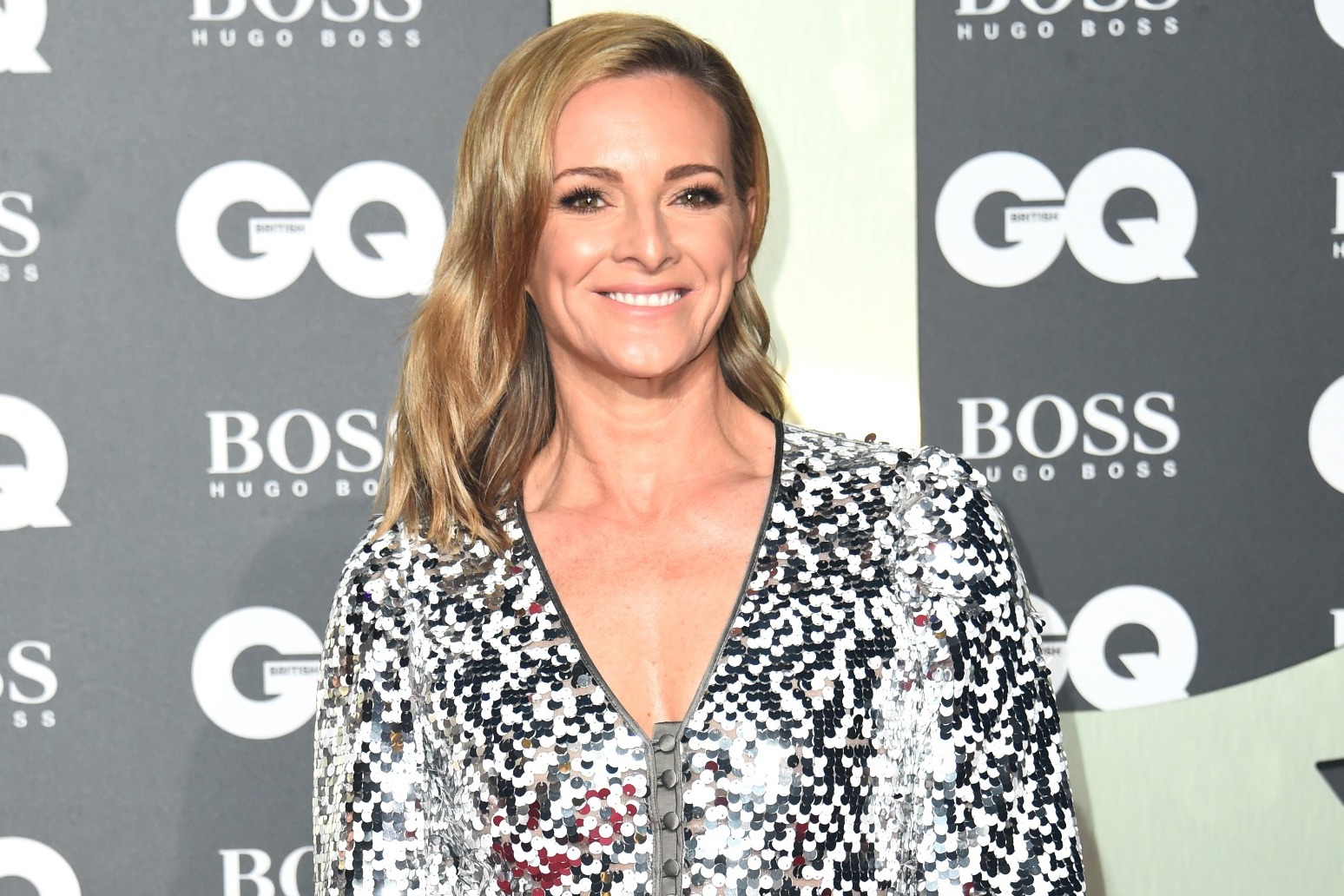 Gabby Logan has shared the “emotional” story of her husband Kenny Logan’s “shock” diagnosis of prostate cancer in her podcast.

In the intimate episode of the Mid.Point, the couple who have been married for 21 years chart the former professional rugby player’s journey through diagnosis and recovery.

Ex-Scotland international Logan, 50, said it was important to use the platform to make “men of a certain age” aware of the risks and get the “simple” check-up.

He had gone for his own checks after listening to his wife’s podcast, which deals with physical and mental health issues affecting middle-aged people, and was diagnosed with prostate cancer on February 8 of this year – later undergoing an operation to remove his prostate.

Speaking about the diagnosis on the podcast, Mr Logan said: “I think when somebody tells you’ve got cancer… you know that you’ve got a huge chance of getting it.

“But when somebody says it, it sort of just didn’t really sink in.

He added: “That’s why I want to do this because people do need to… men tend to be a bit stubborn. ‘We’ll do it tomorrow. Next weekend.’

“I didn’t realise and, you know, I lost a good friend this year through cancer, and he didn’t really do it quick enough.

“So… at his funeral, I was thinking I’d gone and got tested and he didn’t and I wish he had. So it’s hard.”

Mr Logan was told that his cancer was contained in the prostate but an operation was required to remove it.

The couple shared a follow up conversation, also featured on the podcast, shortly before he underwent the operation in which he revealed he had not yet told his 90-year-old mother about the diagnosis.

Asked how he was feeling at the time, Mr Logan said: “Nervous and emotional.

“Because I’ve waited for a while for this… it feels like it’s never going to come.

The couple also appeared on BBC Breakfast ahead of the episode’s release, in which Ms Logan admitted that it had been an emotional recording process, but said she wanted people to learn from it.

“Because it’s my job I suppose I went into work-mode a bit… I tried to talk to Kenny in a way we could elicit information,” she said.

“(But) of course there is some emotion.”

She also praised her husband’s “brilliant” consultant urologist, Declan Cahill, who she interviews extensively about the condition on the podcast.

Mr Logan said that despite receiving “a good kicking” during surgery he was on the road to recovery, though he described the process as “demanding”.

“I think the key thing is to be positive. You know, I’ve been lucky,” he said on the podcast.

“It’s a very simple process. So hopefully some people will go get tested off the back of this and hopefully save some people’s lives.

He added: “Talk to your mates. Definitely talk to mates, be open. Don’t be scared to see how you feel.”

“We want to thank Kenny, and the Logan family, for sharing his diagnosis publicly and using this as a moment to increase awareness of the most common cancer in men,” she said.

“We at Prostate Cancer UK know first-hand the impact that a public figure speaking out like this can make.”

Turnbull’s campaigning led to prostate cancer becoming the most commonly diagnosed cancer in the UK for the first time in 2020, which Ms Kerby said has “undoubtedly saved thousands of lives”.