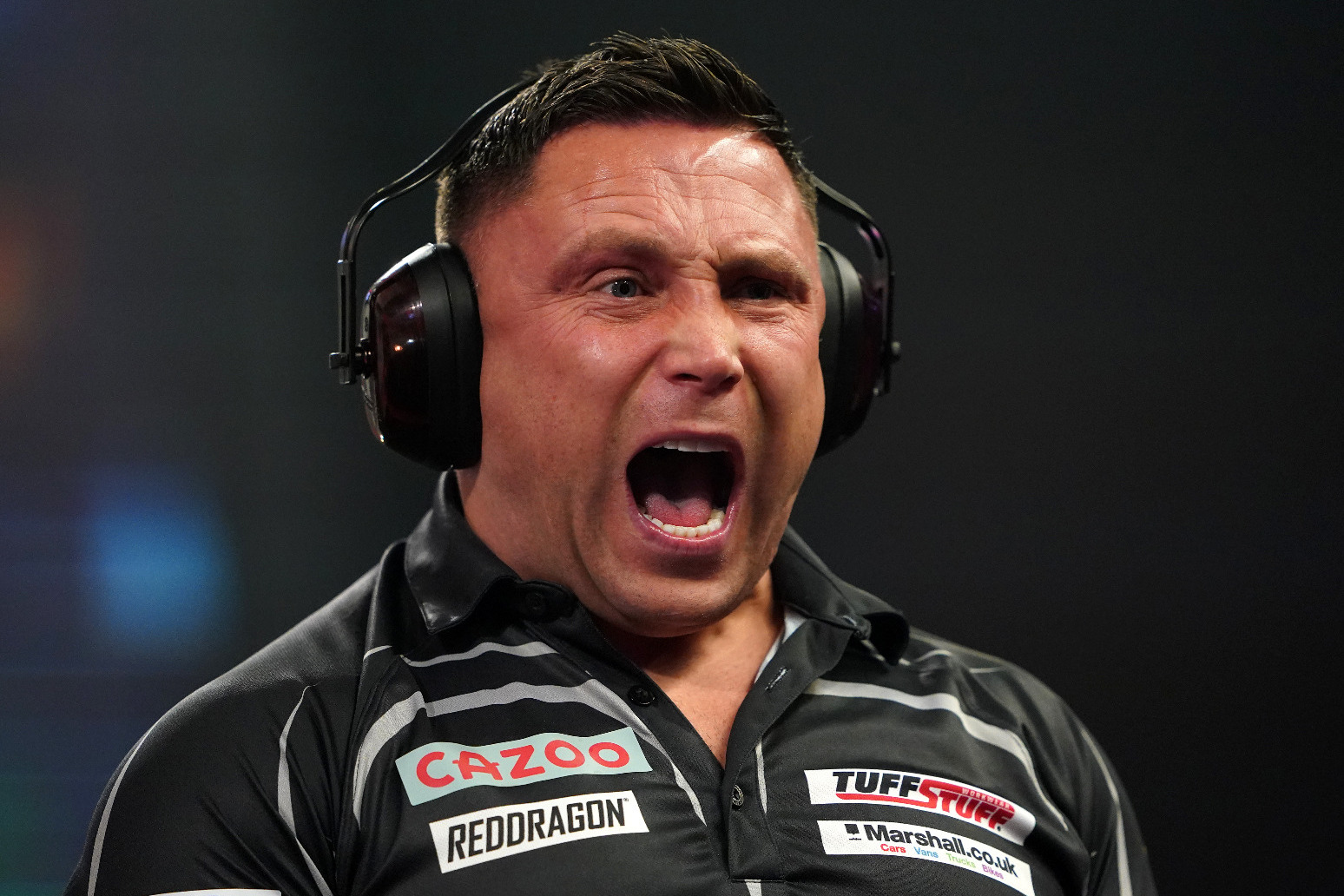 Gerwyn Price admits he is still unsure about whether he will return to play in the World Darts Championship.

The 37-year-old crashed out of the tournament in this year’s quarter-finals, losing 5-1 to Germany’s Gabriel Clemens.

The loss saw him slip in the PDC Order of Merit from number one down to four and he wrote on social media afterwards that he may not participate in the tournament again, something which he is still considering.

Speaking ahead of the Bahrain Darts Masters, Price told BBC Sport Wales: “Obviously it was disappointing going out at the quarter-finals for the last two years.

“If I’d been given a fair crack and fair opportunity in those games the results could have been a lot different.

“If I’m going to go out of the tournament in the quarter-finals or last 16 it’s pointless me even turning up. So if I can do well all year and if I can win a couple of majors then I don’t have to go, you never know.”

The quarter-final is also remembered for Price’s decision to wear ear-defenders when he was 3-1 down, and he would consider wearing them again in a match.

He said: “It gets me focused and sort of drowns out any minute noises around you, like one or two people shouting out or a few boos or whistles when you’re going at doubles.

“But when I did put them on the whole crowd starts, so it was totally the opposite to what I wanted to happen.

Price also revealed in the interview that he is looking forward to getting back involved playing rugby with his local team, Bedwellty RFC.

He has previously featured for Welsh Premiership sides Cross Keys and Neath as well as a brief stint with Glasgow Warriors in the Pro12.

“I’m definitely going to put them [boots] back on sometime in the season, the question is just when as I’ve got to pick and choose tournaments,” Price said.

“I’m going to hit them hard early on and when I get myself some decent ranking points I’ll miss one or two and definitely get those boots back on.

“I’m on the road constantly so it’s nice to take some time out and I’m going to put the property (business) on the back burner for a bit as it’s a little bit stressful.

“So I’ll chill out when I’m home and hopefully enjoy one or two games of rugby which I do really miss, I’m looking forward to it.