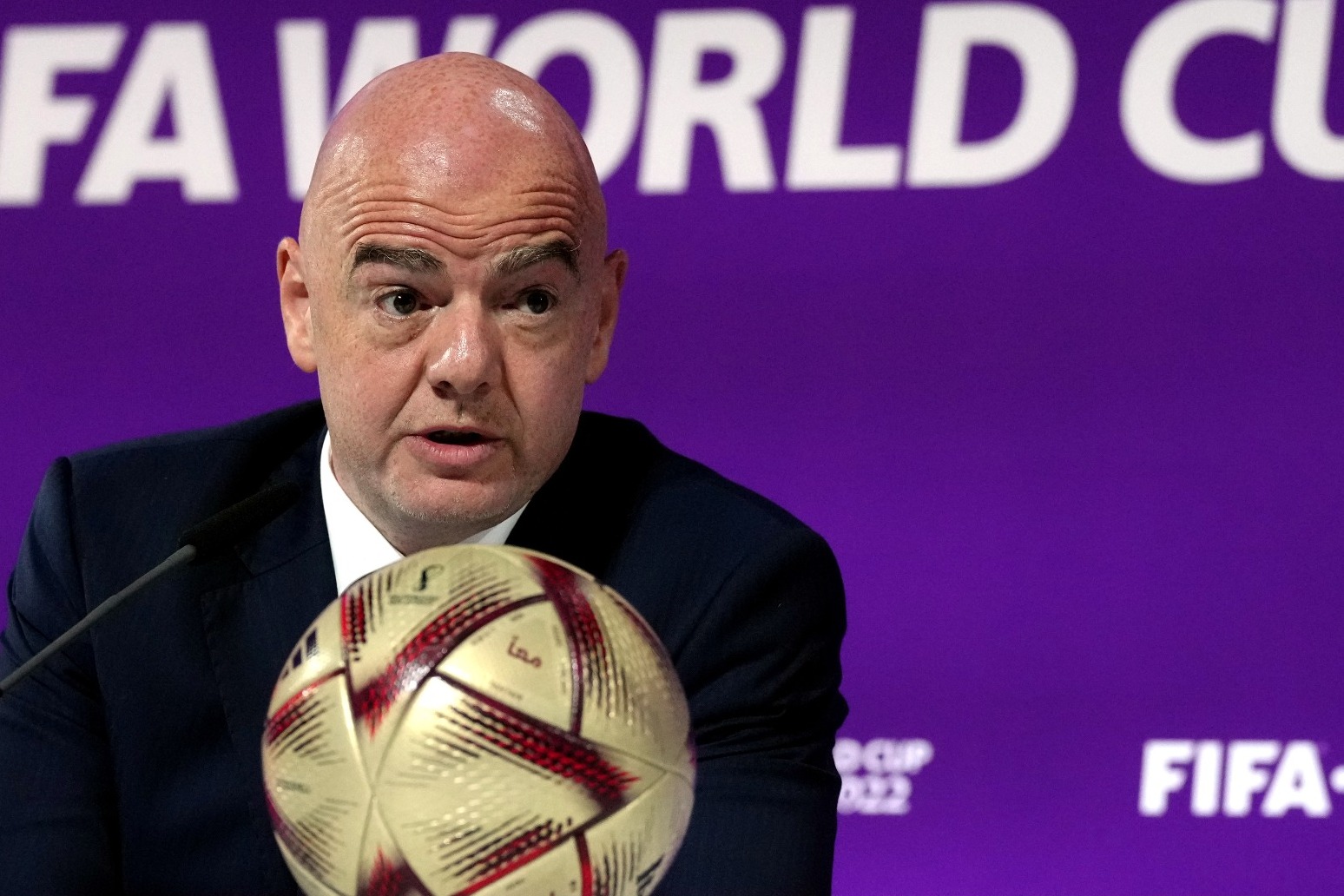 Gianni Infantino called Qatar 2022 “the best World Cup ever” as the FIFA president sidestepped the subject of compensating migrant workers.

The curtain comes down on the first ever winter edition of the competition on Sunday as Lionel Messi looks to inspire Argentina to victory against reigning champions France.

Qatar was controversially awarded the World Cup in 2010 and Infantino says the 22nd staging was the best yet – just as he said in Russia four and a half years ago.

“The first item I want to highlight and stress of course is the praise – the unanimous praise – of the FIFA Council for this World Cup, for the unique cohesive power that this World Cup has shown,” the FIFA president said.

“The thanks to everyone who was involved, to, of course, Qatar, all the volunteers who work, all of your, everyone who has contributed to make this World Cup the best World Cup ever.”

Infantino went onto reel off details about attendances and praise the football but was less forthcoming when asked more difficult questions in his first press conference since the tournament kicked off.

That appearance on November 19 saw the FIFA president made headlines with a rambling hour-long monologue in which he said “today I feel gay” and “today I feel (like) a migrant worker”.

A report by the Guardian last year said 6,500 migrant workers had died in the Gulf state since the award of the World Cup – something that had been “categorically” denied by authorities.

Hassan Al-Thawadi, secretary general of the Supreme Committee for Delivery and Legacy, recently said while there had been three work-related deaths in construction directly for the tournament and 37 non work-related deaths, many more died in infrastructure projects.

Al-Thawadi put the estimate at “between 400 and 500” – a figure put to Infantino in FIFA’s end of World Cup press conference in Doha.

“Whatever we can still do for the future, we are doing it. We continue to work on it.

“We have had several discussions. We are very close to agreeing, this will happen in January certainly, a memorandum of understanding with the International Labour Organisation because we want to bring this experience into the future and make sure that we can help.

“We can leverage the World Cup and the spotlight which is on the World Cup, and on football more generally to make lives of people and their family a bit better.”

Infantino was less forthcoming when asked whether estimated 11million dollars (£9million) revenue in the 2023-2026 cycle he so proudly announced may go towards compensating workers.

“You should know that FIFA shares everything from its wealth,” the Italian said.

“All the revenues of FIFA are being redistributed and reinvested, mainly in the game and also in some other activities. It’s sufficient to look into our accounts and you will see that immediately.

FIFA said last month that the Legacy Fund will “set aside funding that will be dedicated to establishing a labour excellence hub in partnership with the International Labour Organisation”.

There was no specific reference to the money being used to compensate migrant workers, with Human Rights Watch saying on Friday that there is “no commitment from FIFA or Qatari authorities to remedy abuses”.

Minky Worden, director of global initiatives at Human Rights Watch, said: “FIFA brags that this is the most successful World Cup ever, but there is no successful tournament when so many migrant workers have died utterly preventable deaths – including two workers who died during the World Cup itself.

“The only way to ensure a better legacy would be to finally come through with a genuine remedy for the abuses the migrant workers who built and delivered this World Cup have suffered.”