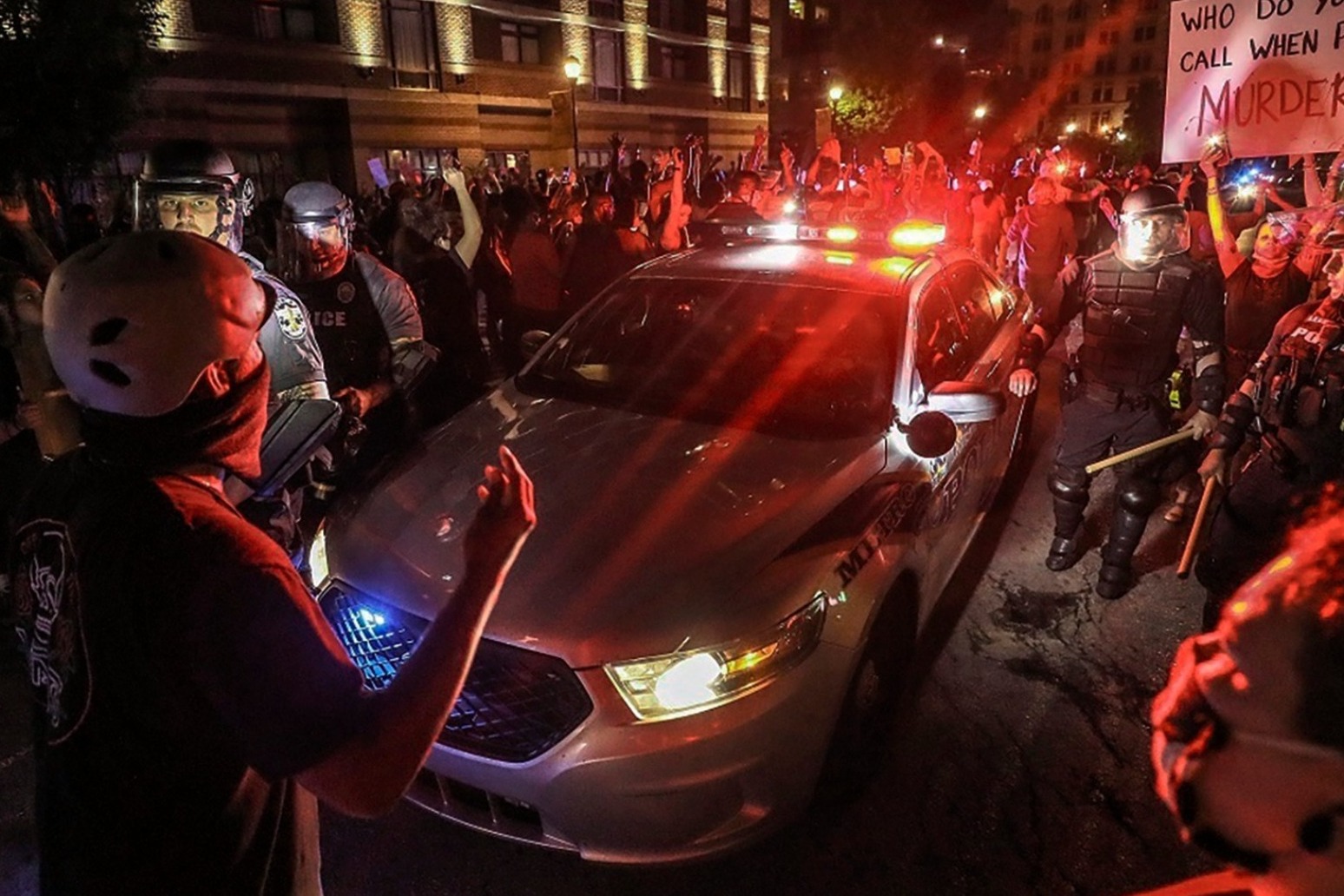 The Government faces possible legal action over UK exports of riot control equipment to US authorities amid concerns about police brutality following a wave of protests sparked by George Floyd’s death.

Lawyers have sent a pre-action protocol letter, the first step in a potential High Court challenge, to International Trade Secretary Liz Truss in a bid to stop sales of equipment including CS gas, tear gas and rubber bullets.

The letter, sent on Tuesday, asks Ms Truss to confirm whether a decision has been made over the suspension of licences which allow firms to export such equipment to the US and, if not, to urgently suspend all licences.

It also sets out potential grounds for a legal challenge if the Government refuses to suspend export licences, stating that lawyers will argue such a decision would be unlawful.

The action is being brought by a black British citizen, who does not wish to be identified at this stage.

The proposed claimant attended university in the US and has friends there who have allegedly been attacked by police during protests.

The letter, sent by law firm Deighton Pierce Glynn, reads: “Following the death of George Floyd and the widespread protests that immediately followed and currently continue across all states, the claimant has become increasingly concerned over the excessive militarised police response to the protesters.

“The claimant has received a number of harrowing accounts from her friends who have been attempting to exercise their rights to peacefully protest.

“The claimant is extremely concerned by reports that the UK Government is currently permitting the supply and export of equipment to the USA in circumstances where there is a real risk that such UK-manufactured military and law-enforcement equipment is being used against protesters in dangerous and highly inappropriate repressive ways.”

US police have faced criticism for the way they have dealt with the unrest, using batons, tear gas and shields against unarmed civilians.

The protests erupted following Mr Floyd’s death in police custody, after an officer refused to lift his knee from Mr Floyd’s neck – despite protests that he could not breathe.

The threatened legal challenge is the latest call for the Government to address the issue of export licences.

Shadow international trade secretary Emily Thornberry wrote to Ms Truss on June 2 to request the suspension of exports of riot control equipment to the US, pending a review of whether they are being used in response to the ongoing Black Lives Matter protests in American cities.

On June 5, a cross-party group of 166 MPs wrote to Ms Truss calling for an immediate end to exports including tear gas and rubber bullets to the US while an investigation takes place.

Addressing those developments, the letter states: “These are highly pertinent and urgent concerns.

“There have been substantial deployments by US law enforcement and military personnel and it is likely at this time that stockpiled relevant material will need to be renewed on an urgent basis.”

Noting that Ms Thornberry’s letter has received no response, it continues: “In the current circumstances, the defendant’s silence is concerning.

“Action is required now to ensure that no exports are made to the US in the context where weapons such as tear gas are being used against protesters and journalists.

“Thus, our client requires urgent clarification of what the defendant’s position is.”

The letter points out the UK announced in June last year that it was suspending future sales of teargas and other crowd control equipment to Hong Kong pending an investigation into allegations of police brutality during mass protests there.

The proposed claimant said in a statement: “I’m outraged that the UK is playing any role in arming the US police departments as they forcefully repress their people and disregard the humanity of black people in a show of flagrant racism.

“I have just returned from four years of studying in the US, and as a black person I saw with my own eyes the inequality and racism there.

“I also felt the joy of black community and now my network of black and brown friends, whom I regard as family, are having to use their right to protest as the only way they can take action to highlight the racist state repression they face every day.

“I have heard their horrifying accounts of what is happening on the ground and each day I am scared that I will get news that one of them is fatally injured. It seems only a matter of time.

“Our Government needs to break its silence, stop being complicit and take action, now.”

Ugo Hayter, partner at Deighton Pierce Glynn who is leading the litigation, said: “Last week saw a number of formal requests by MPs that the Government urgently suspend export of UK-made military and policing equipment to the US.

“These requests have all been met by silence.”

He added: “Last week Boris Johnson was clear in proudly stating that ‘all exports are conducted in accordance with the consolidated guidance, and the UK is possibly the most scrupulous country in that respect in the world’.

“My client invites our Prime Minister to make good that claim and take immediate action to suspend these exports from the UK to the US.”

On Wednesday the Scottish Parliament voted to endorse an amendment calling on the UK Government to sop the sale of crowd control equipment to the US.