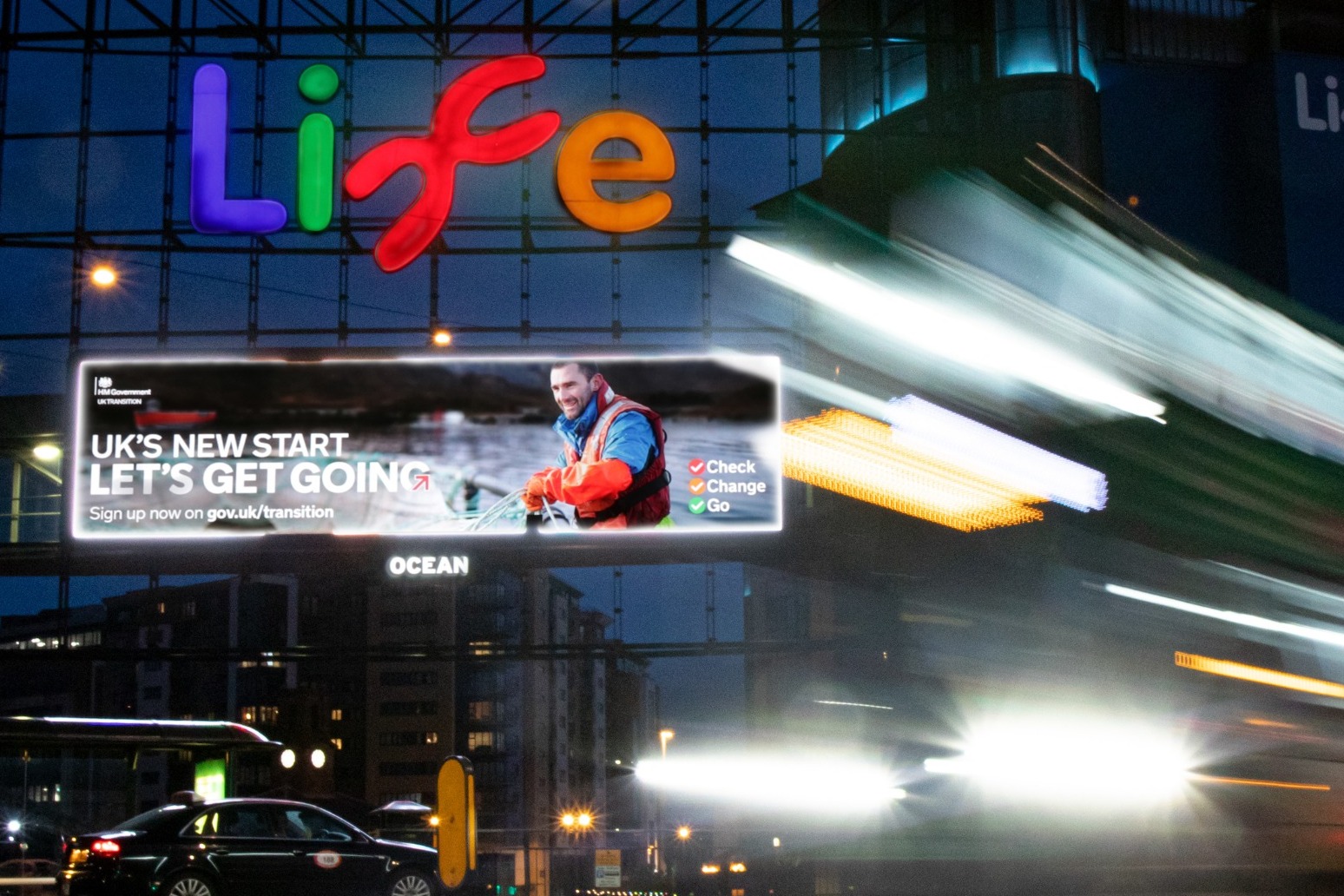 British holidaymakers will be given guidance on travel insurance and taking their pets abroad as part of a new public information campaign ahead of the end of the Brexit transition period.

“The UK’s new start: let’s get going” adverts will be launched by the Government on Monday on television, radio and online, with information also sent to people via text message.

It is hoped the campaign will help businesses and individuals prepare for the end of the transition period on December 31 when the UK leaves the single market and customs union.

Adverts will carry a “Check, Change, Go” strapline and direct people and businesses to a checker tool on the Government’s website to show them what next steps they need to take.

Businesses will also be able to contact a “field force team” for one-to-one support over the phone.

UK citizens intending to travel to Europe from January 1 2021 may be told to ensure their passport is valid for the required period, get comprehensive travel insurance and check their mobile phone roaming policy.

People wishing to travel with their pet will be advised to contact a vet at least four months before travelling.

And businesses planning to export or import to or from the EU will be told to ensure they have registered with the relevant customs authority.

Cabinet Office Minister Michael Gove said: “At the end of this year we are leaving the single market and customs union regardless of the type of agreement we reach with the EU. This will bring changes and significant opportunities for which we all need to prepare.

“While we have already made great progress in getting ready for this moment, there are actions that businesses and citizens must take now to ensure we are ready to hit the ground running as a fully independent United Kingdom.

“This is a new start for everyone in the UK – British and European citizens alike – so let’s get going.”

Liberal Democrat acting leader Sir Ed Davey said: “Businesses right across the United Kingdom have struggled to survive financially over the past few months as a result of the coronavirus crisis.

“The fact that the Government is now trying to force them to gear up and prepare for the end of the transition period will fill them with utter horror.”

He said it was time ministers “sought as close as possible relationship with the European Union to not only minimise the damage to the UK, but allow both themselves and British business time to focus on getting the UK back on its feet again after the pandemic”.