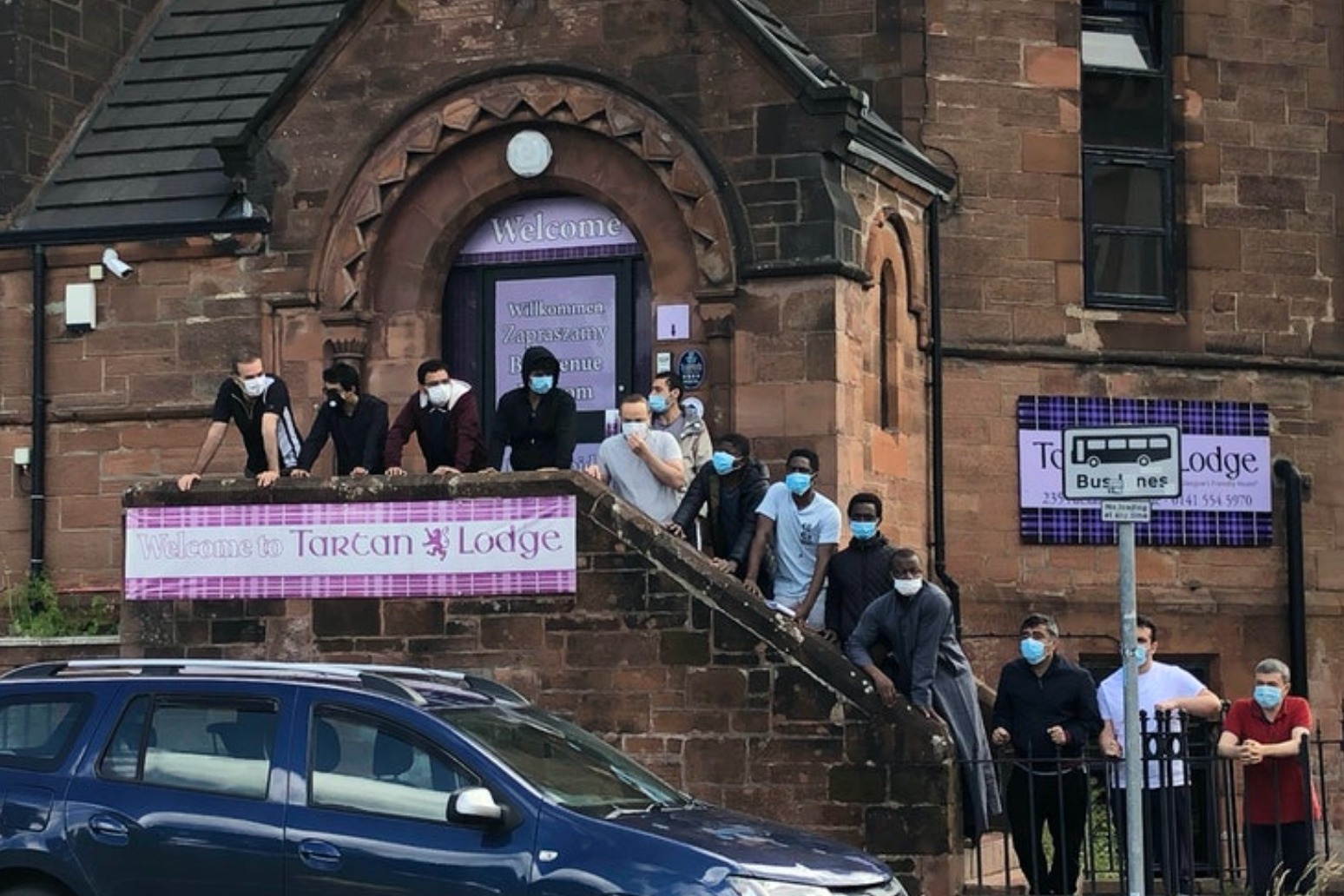 The Government launched a secret consultation on building floating walls to block asylum seekers from crossing the English Channel, according to a leaked document.

The department would not comment on the report, after its top civil servant earlier repeatedly refused to deny claims that the Government had also considered processing asylum seekers on Ascension Island, some 4,000 miles from the UK.

The department’s permanent secretary Matthew Rycroft also declined to answer direct questions on whether disused ferries could be turned into processing centres.

Labour leader Sir Keir Starmer condemned the “inhuman” suggestions and told the Home Office to “get your house in order”.

The Financial Times said an email from Maritime UK on September 17 showed that officials were looking into the idea of building floating barriers in the sea.

Meanwhile, The Times reported that other proposals drawn up by the Home Office included the use of a water cannon to create waves to push back boats.

A Home Office spokeswoman said the department “does not comment on leaks” when asked about the specific reports.

Giving evidence to the Commons Public Accounts Committee earlier on Thursday, Mr Rycroft refused to confirm if Ascension Island was being considered as a “serious suggestion” – despite being asked four times.

When committee chairman Meg Hillier asked Mr Rycroft: “Was this really a serious suggestion?”, he replied: “The civil service is here to give ministers impartial, fearless, honest, expert, independent advice and that is what we do. And the system works when we do that in private.”

Mr Rycroft later added: “What I can confirm is that the civil service has been responding to ministers’ questions about how other countries deal with what is a global issue – migration.

“We have been leaving no stone unturned in doing that. We’ve been looking at what a whole host of other countries do in order to bring innovation into our own system. No decisions have been taken.

“No final proposals have been put to ministers or to anyone else.

“This is in the realm of the brainstorming stage of a future policy and, I think as ministers have said in the House, everything is on the table, and so it should be at this stage of the policy-making process.”

Labour MP Ms Hillier then asked Mr Rycroft if any further offshore proposals had been discussed, adding: “In your professional opinion, Mr Rycroft, is putting people on old ferries offshore an improvement to our asylum accommodation system?”

He responded that “no decision has been taken”, while adding that the department was considering its options and responding to ministers’ requests to do so.

Later, Sir Keir told reporters in Westminster: “This isn’t creative thinking, this is lurching from one ridiculous proposition to the next – these suggestions are inhuman and the Government shouldn’t be pursuing them.

He added: “Get your house in order, get that sorted out instead of lurching from one ridiculous proposition to another.”

According to The Times, Number 10 is considering buying retired ferries and converting the vessels into processing centres to house asylum seekers off the UK coast.

The newspaper also reported the Home Office discussed moving migrants to decommissioned oil platforms in the North Sea for processing, but the idea was rejected.

A Home Office spokeswoman said: “As the public will fully understand, we do not comment on operational matters because to do so could provide an advantage to the exploitative and ruthless criminals who facilitate these dangerous crossing, as they look for new ways to beat the system.”