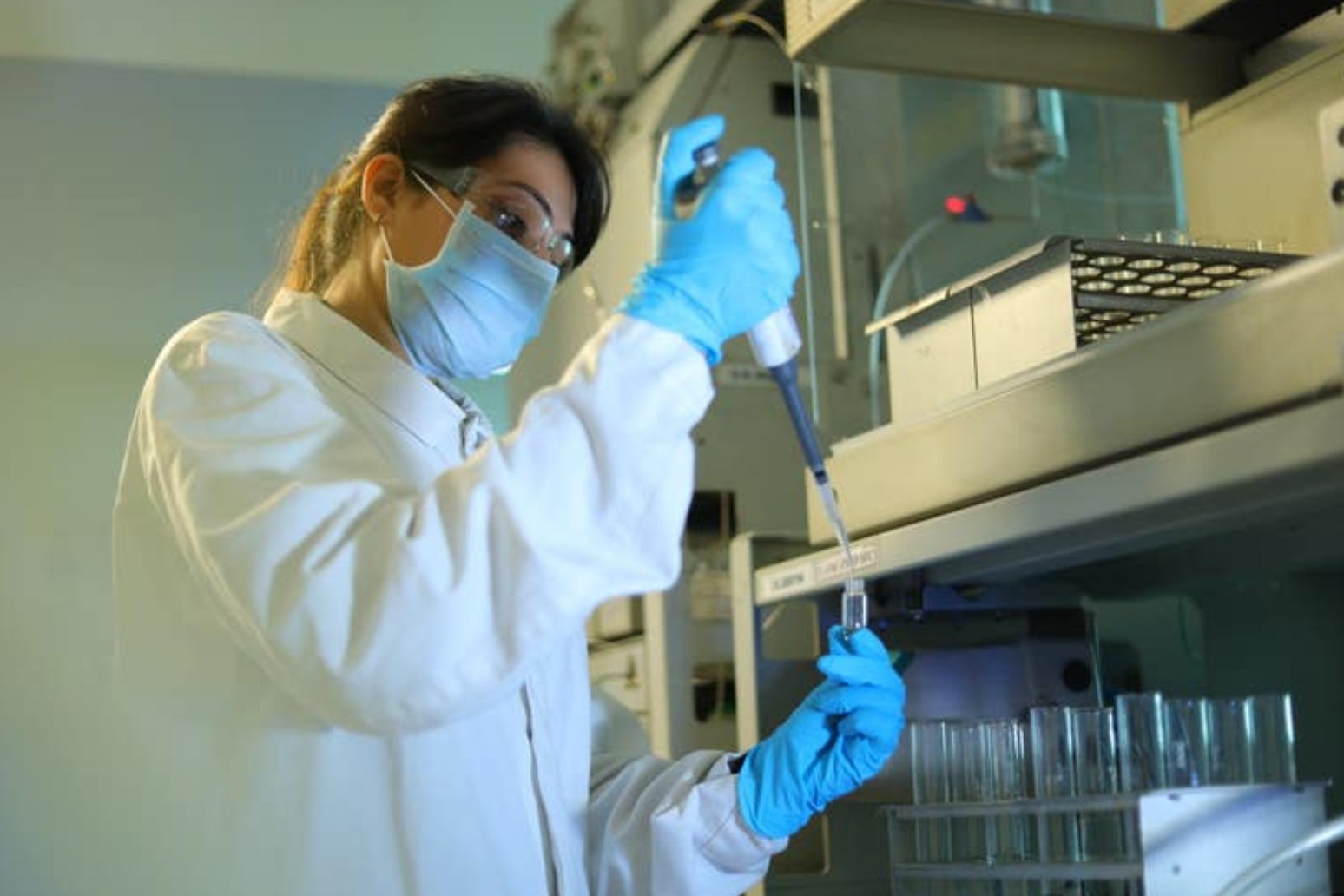 The Government is considering the rapid unrolling of saliva-based coronavirus kits in a bid to test up to 10% of England’s population every week, according to reports. According to the Guardian, NHS Test and Trace is stepping up its efforts to meet the targets set out in the Government’s Operation Moonshot plans announced last month.

In a leaked letter seen by the newspaper, Alex Cooper, director of rapid testing at NHS Test and Trace, said the body was embarking on an “important new front in our fight against coronavirus”.

“Each director of public health will be eligible to receive on a weekly basis the number of tests equivalent to 10% of their population,” he wrote.

The testing programme would focus on regions under the highest level of restrictions, and would mark a significant increase on current capacity of 2.1 million conventional nose and throat swabs a week.

The leaked letter comes as the latest Test and Trace figures are due to be released on Thursday, a source of criticism for the Government in recent weeks.

Last week’s figures revealed just 59.6% of the proportion of close contacts of people who tested positive were reached – the lowest weekly percentage since the programme began.

The Daily Telegraph reported the Government has called in more contractors to fill gaps in the programme as civil servants do not want to work on the project.

Meanwhile the Cabinet Office has reportedly also issued a request for more consultants to help its Covid-19 Task Force, according to documents seen by the paper.

A Department of Health and Social Care spokesperson told the PA news agency: “To build the biggest testing system per head of population of all the major countries in Europe as rapidly as we have done, the skills and expertise of both public and private sector partners were required.

“The number of people directly employed by the civil service and working on NHS Test and Trace is increasing and it’s thanks to the work of many partners that we now have over 500 testing sites across the UK, five major laboratories processing hundreds of thousands of tests every single day.”

Critics also worry that expansion of saliva-based testing could lead to many thousands of false positives, and Test and Trace boss Baroness Dido Harding has expressed her scepticism of them.

A Department of Health and Social Care spokesperson said: “We are already piloting new testing technologies in North West, North East and Yorkshire with repeat testing for priority groups to identify those most at risk of spreading the virus.

“We continue to work tirelessly to make sure everyone who needs a test can get one and this includes introducing new, highly reliable technology to allow us to test more people and deliver rapid results at scale.”

It comes as a report by scientists claims England has reached a “critical stage” of the second wave with infections doubling around every nine days, and new infections reaching around 96,000 per day.

The second wave is also raging across Europe, with French president Emmanuel Macron announcing a second lockdown on Wednesday while German officials also agreed to impose a four-week partial lockdown to combat the crisis.

Justice Secretary Robert Buckland warned on Wednesday England is likely to remain in the grip of the second wave throughout the winter.

He also dashed hopes of an easing of shutdown restrictions by Christmas, telling ITV’s Peston: “Christmas in its perhaps fullest sense won’t be achievable for any of us this year.

“And perhaps coming to terms with that now is probably the right approach that we need to take.”

As the country battles to avoid overwhelming the health service, charity MacMillan Cancer Support warned many thousands of people could be living with undiagnosed cancers due to the shutdown.

It estimates as many as 50,000 may have missed out on a diagnosis due to a backlog in care or a reluctance to seek medical treatment during the Covid-19 crisis.

Meanwhile a vaccine from German firm Biontech backed by pharmaceuticals giant Pfizer could be ready for distribution before Christmas, The Times reports.

The UK Government has already bought up 30 million doses of the drug, which, Pfizer’s chief executive Albert Bourla told the Times, is in its “last mile” of development.

It is one of six vaccines currently in trials, including one developed by Oxford University, that the Government has secured early access to.

Pfizer said it hopes to have produced 100 million doses globally by the end of the year if it passes trials, with a further billion doses made in 2021.

It was also announced on Wednesday that Nottinghamshire will be entering Tier 3 restrictions from midnight on Friday.

It means a further 1.1 million people will be living under England’s toughest coronavirus measures.

David Mellen, leader of Nottingham City Council, said although he was sorry for the impact on citizens and businesses in the area, he was “very concerned” that the number of people needing hospital treatment was “rising quickly”.

In Scotland, First Minister Nicola Sturgeon is preparing to reveal how a new five-tiered system of restrictions to tackle the virus will apply across the country.

Decisions on which levels will apply to each region will be announced on Thursday.

Meanwhile Wales recorded its highest amount of coronavirus deaths in a single day since April, with 37 in the previous 24 hours.