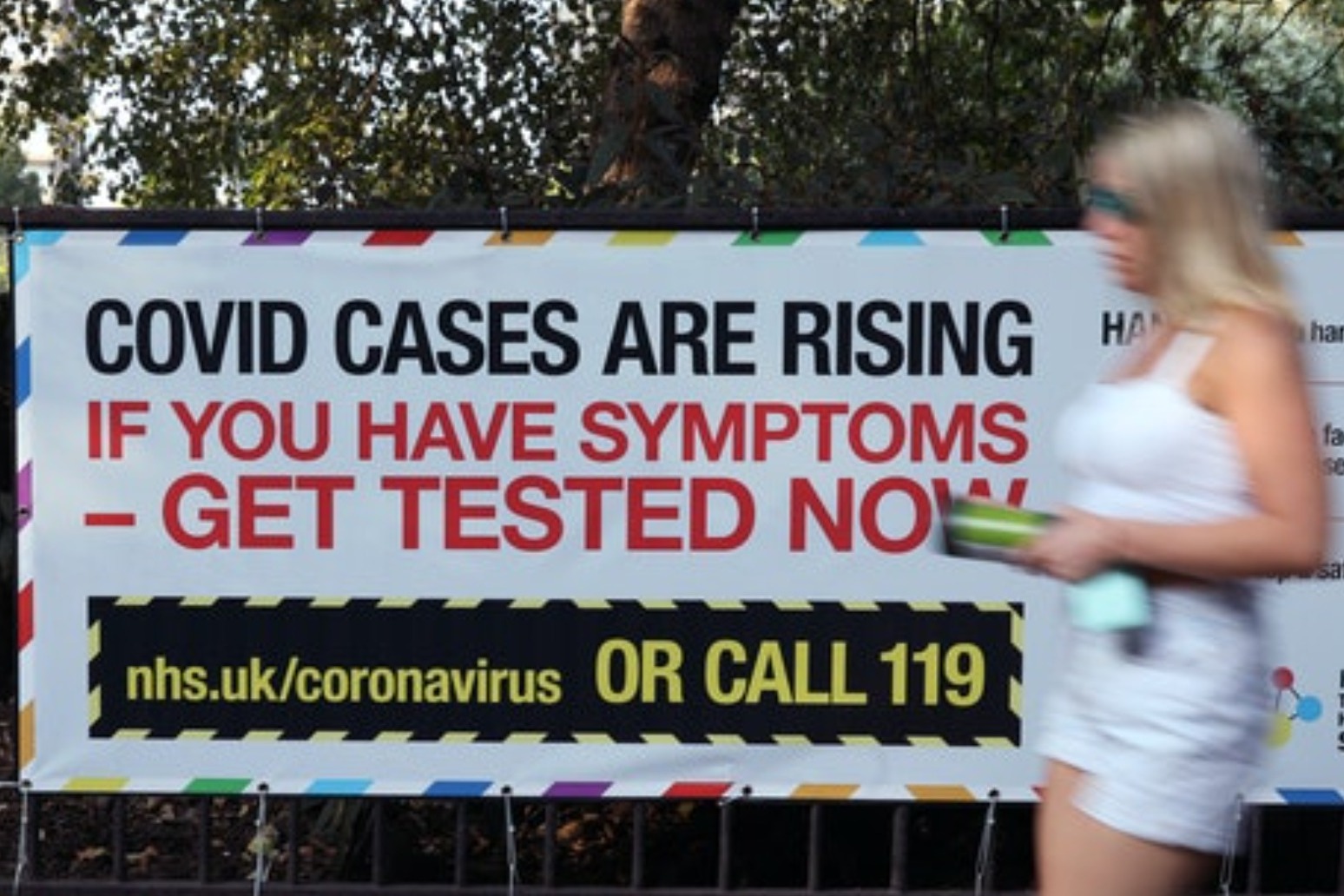 Greater Manchester mayor Andy Burnham is to hold talks with No 10 amid mounting expectation the region will be the next to face the toughest coronavirus controls. Mr Burnham has been resisting pressure to follow the Liverpool City Region into the Tier 3 restrictions – which would see bars, gyms and betting shops forced to close – despite soaring infection rates.

However following a briefing with the deputy chief medical officer for England Dr Jenny Harries on Wednesday, he said he expected to have a further meeting with Boris Johnson’s team on Thursday.

The move came amid reports the Government’s Joint Biosecurity Centre had recommended most of the North West and North East of England, as well as parts of Yorkshire and the Midlands, should be moved into Tier 3.

With Greater Manchester and Lancashire looking set to be the first to be affected, Manchester MPs said they had been invited to a meeting on Thursday morning.

Lucy Powell, the Labour MP for Manchester Central said it had “all the hallmarks of a decision having been made”.

Mr Burnham reacted angrily to the reports, tweeting: “At no point during tonight’s briefing was this news communicated to us. Media told first once again. Our position has not changed.”

In contrast, London mayor Sadiq Khan has said he would back tighter restrictions in the capital – which is currently under the lowest Tier 1 controls – but called for a package of financial support for the city.

In a letter to the Prime Minister, he said that with the infection rate approaching approaching 100 cases per 100,000 head of population, new measures would be needed “very soon” – possibly as early as this week.

Health Secretary Matt Hancock will update MPs on the latest measures in a Commons statement later on Thursday.

Meanwhile, Northern Ireland is braced for the toughest controls in the UK so far with pubs and restaurants set to close for four weeks from Friday and schools facing a two week shutdown.

And the UK Government described a decision by the Welsh Government to ban travel to the country from other parts of the UK with high levels of coronavirus infection as “disappointing”.

Mr Johnson remains desperate to avoid any form of national lockdown – despite demands from Labour for a temporary “circuit-breaker” to break the train of transmission and stem the spread of the disease.

In the Commons on Wednesday, he urged Labour leader Sir Keir Starmer to use his influence with Labour authorities in the North to agree to “stringent measures” to get the rates down.

But in an online press conference, Mr Burnham said that if Greater Manchester was placed into Tier 3 it would be “by imposition, not consent”.

He warned that he could take legal actions to ensure residents were protected from the economic fallout of tougher restrictions.

“We are law abiding people, we would respect the law of the land,” he said.

“But we would consider other routes, legal routes, where we could protect our many thousands of residents who are going to be left in severe hardship in the run up to Christmas.”

Meanwhile, the government’s former homelessness adviser Dame Louise Casey has warned the offer of two-thirds pay for workers whose employers close would not “cut it”.

Under the furlough scheme, the government paid 80% of workers’ wages until August, with the scheme winding down until it is closed at the end of the month.

A separate Job Support Scheme, which launches on November 1 and lasts for six months, will involve the Government paying two thirds of each employee’s salary – up to a maximum of £2,100 a month – if their employer is legally required to close their premises because of restrictions.

Dame Louise told the BBC: “There’s this sense from Downing Street and from Westminster that people will make do. Well, they weren’t coping before Covid.

Meanwhile Sir Keir is continuing to press for national “circuit-breaker” following the disclosure that the Government’s Scientific Advisory Group for Emergencies had recommended such a move last month.

He was bolstered by a YouGov poll showing 68% of adults in Great Britain would support a two-week shutdown to coincide with the October half term break.