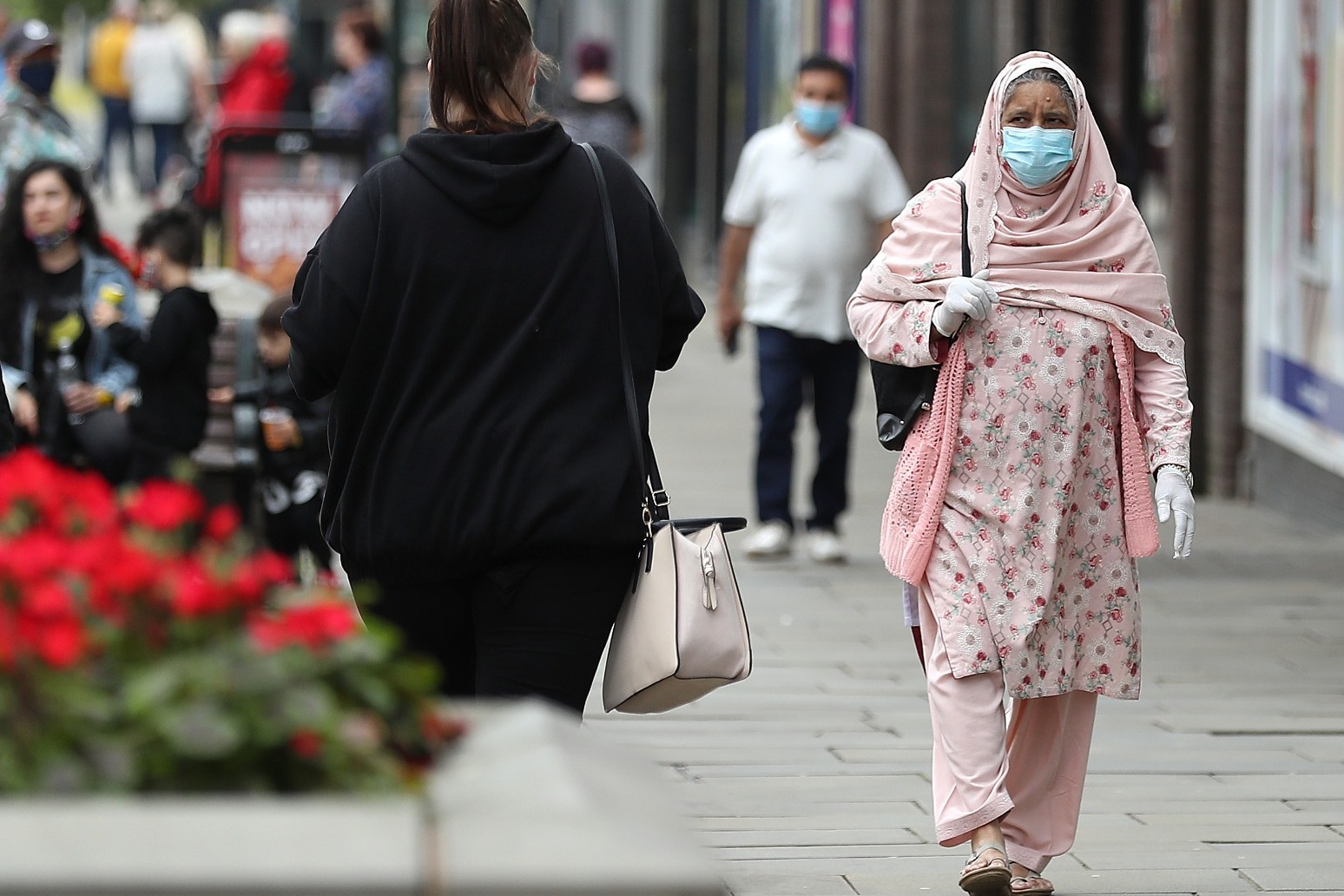 A major incident has been declared in Greater Manchester over rising Covid-19 infections just as the Chancellor’s meal-deal scheme – aimed at encouraging Brits to go out more – gets under way.

Sir Richard Leese, Leader of Manchester City Council, urged residents to stay calm after public service leaders decided to increase their readiness as they grapple with the escalating coronavirus transmission rates in the region.

“People should not be alarmed that a major incident has been declared,” Sir Richard said.

The Labour politician called the move “standard practice for complex situations” and said it would allow a “central command structure” to be created to enable agencies to “draw on extra resources”.

The decision to declare a major incident was taken by the Strategic Coordination Group on the weekend after they met to discuss the increased lockdown restrictions announced last week across parts of the North West.

The new measures forbid people from different households from meeting each other inside their homes or in gardens, while also banning separate households from mixing in pubs, restaurants and other hospitality venues.

Out of the top 20 worst affected local authority areas for Covid-19 infections in England, Greater Manchester boroughs – home to almost 3 million people – comprise more than a third of the list, with seven entries.

Oldham, the second worst affected borough in the country, recorded a seven-day infection rate rise from 41.6 to 62.8 per 100,000 people, with 148 new cases reported in the past week.

It comes as Chancellor Rishi Sunak heralded the start of the Treasury’s Eat Out to Help Out scheme – an offer of half-price meals during August in order to entice people out of their stay-at-home lockdown habits and into restaurants and pubs again after the hospitality sector was badly hit by the pandemic.

Some 80% of hospitality firms stopped trading in April, with 1.4 million workers furloughed – the highest of any sector – according to Government data.

The incentive will reduce bills by 50% for all eat-in meals ordered between Monday and Wednesday this month at 72,000 participating establishments, including chains such as McDonalds, Nando’s and Prezzo.

The discount per person will be capped at £10 and does not apply to alcohol.

Mr Sunak said: “Our Eat Out to Help Out scheme’s number one aim is to help protect the jobs of 1.8 million chefs, waiters and restaurateurs by boosting demand and getting customers through the door.

“The industry is a vital ingredient to our economy and it’s been hit hard by coronavirus, so enjoy summer safely by showing your favourite places your support – we’ll pay half.”

Monday will also mark the first working day of the week from which the Prime Minister’s new guidance applies, advising employees to return to their place of work where it has been made Covid secure and their employer agrees it is necessary.

According to reports, however, the regular outings being espoused by the Treasury and Downing Street could be curtailed in a matter of months under so-called “nuclear deterrent” plans under consideration by the Government to avoid a second national lockdown.

The Daily Telegraph says Boris Johnson is expected to order doctors to offer tailored advice this autumn to anyone over 50 who is obese, overweight or in ill health, warning them they are at increased risk from Covid and advising them to stay at home during the winter in the most serious cases.

Using a grading system, those less at risk could be told to reduce social contact, shop during hours designated for those shielding, or avoid public transport, the paper said.

Housing Secretary Robert Jenrick, asked about whether an extended shielding scheme was in the works, told Times Radio: “This is just speculation.

“That’s not something that is being actively considered.”

In related news, two tests which can detect coronavirus and flu – and promise results in 90 minutes – are to be rolled out in hospitals, care homes and laboratories in a development which could ease the pressure on the NHS during the coming winter.

The swab and DNA tests will enable clinicians and NHS Test and Trace to differentiate between Covid-19, which requires sufferers to undergo specific self-isolation, and other seasonal illnesses, the Department of Health said.

Almost half a million new LamPORE swab tests will be available from next week across adult care settings and laboratories.

In Wales, lockdown rules have been eased further this week, with up to 30 people now able to meet outside while maintaining social distancing, while pubs and restaurants in the country will also be able to open indoors.

Children under 11 no longer need to keep two metres from each other or adults, following scientific evidence that the risk of transmission is lower among that age group.

Those in Wales will also be able to hit the lanes again, unlike their neighbours in England, after bowling alleys were given the green light to reopen, along with auction houses and bingo halls.

Licensed wedding venues will be able to reopen to provide wedding ceremonies – though indoor receptions are still banned.