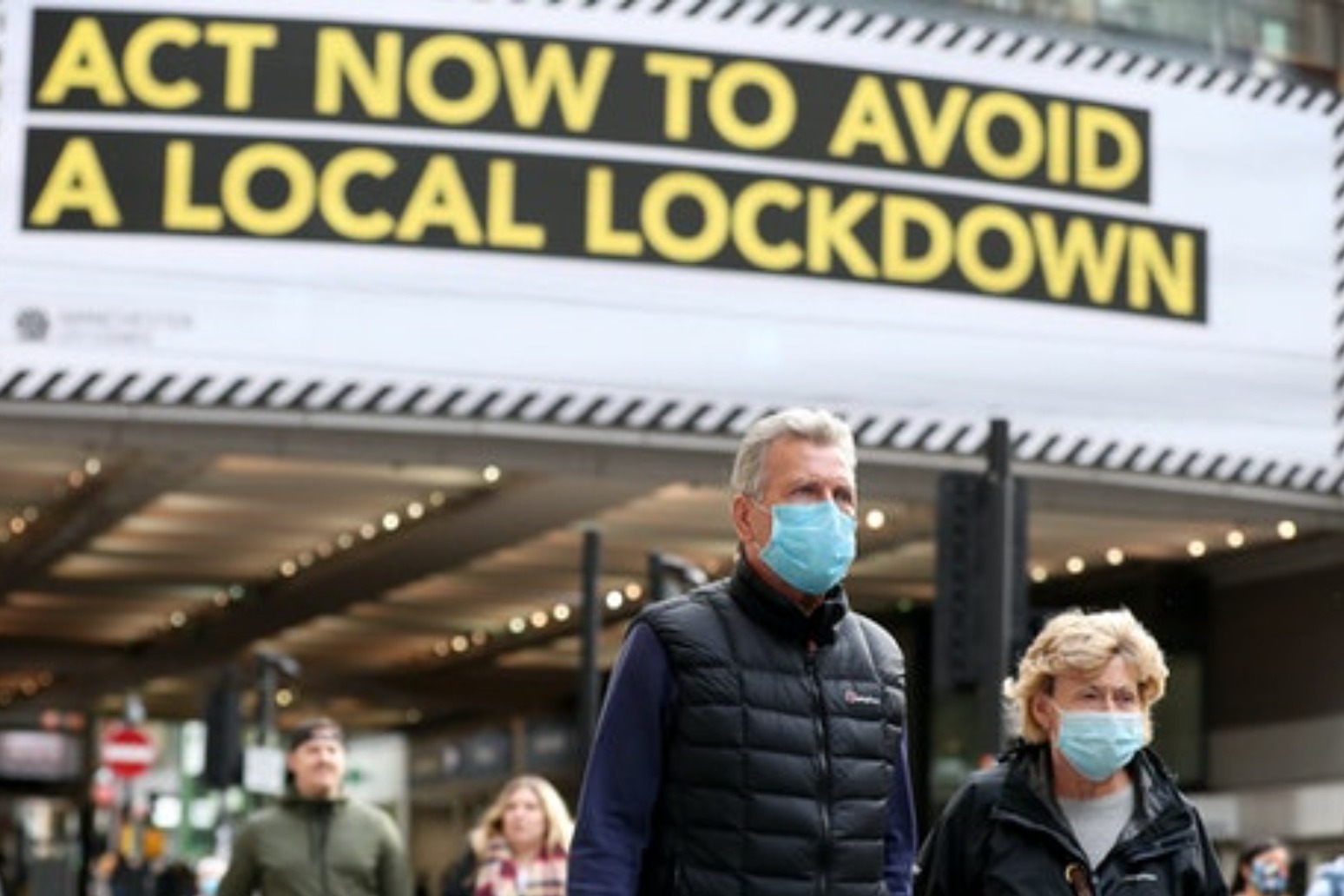 Greater Manchester may be offered millions in extra funding to accept the strictest coronavirus restrictions as Boris Johnson seeks to prevent a lockdown revolt and mayor Andy Burnham presses for a Commons vote to break the “impasse”.

The Labour mayor was said to have had a “constructive” conversation with the Prime Minister’s chief strategic adviser, Sir Edward Lister, over the weekend and further talks have been scheduled for Monday.

Senior Conservatives, including the influential chairman of the 1922 committee, Sir Graham Brady, have backed the Greater Manchester mayor in resisting Tier 3 for the region.

Mr Burnham called for MPs to help workers and businesses hit with the harshest restrictions by having an urgent debate this week, warning “this is not just a Greater Manchester issue”.

No 10 did not comment on reports in various newspapers that Mr Johnson could offer the region tens of millions of pounds to accept the lockdown.

Treasury sources said Chancellor Rishi Sunak would not get in the way of a deal, but said he would not cave in to Mr Burnham’s demand for a return to the 80% wage subsidy of the original furlough scheme for people whose workplaces are forced to close.

Mr Burnham will be under renewed pressure to accept a lockdown after the Guardian reported a leaked NHS document revealed Greater Manchester is set to run out of beds to treat those seriously ill with Covid-19 and that some of the region’s 12 hospitals are already full.

He turned to Westminster to help break the deadlock, writing to party leaders to warn that “most places” will end up in Tier 3 at some point before a vaccine is rolled out.

He said “clear national entitlements” similar to during the first lockdown are essential to create the “sense of fairness” to ensure compliance with new restrictions.

“We recognise the uncertainty that this is causing and write to ask for your help in breaking the impasse and finding a fair resolution,” Mr Burnham said.

“This could be done by Parliament calling an urgent debate and vote this week to establish a cross-party consensus on what constitutes a fair financial framework for people in areas under Tier 3 restrictions.”

The Welsh Government, which will on Monday announce a decision on whether to impose a short nationwide lockdown known as a circuit-breaker, and businesses also called on the Government to give a more comprehensive package of support.

Earlier in the day, Cabinet Office Minister Michael Gove heightened tensions when he accused Mr Burnham of having engaged in political “posturing” and called for him to accept the measures “to save people’s lives”.

Mr Gove told Sky’s Sophy Ridge On Sunday he wanted to “reach an agreement with the political leadership” in Greater Manchester but said: “Instead of press conferences and posturing, what we need is action to save people’s lives.”

Senior Conservative backbencher Sir Graham, who is the MP for Altrincham and Sale West in Greater Manchester, told BBC Radio 4’s Broadcasting House that the region’s Labour and Tory MPs were “pretty united” in opposing Tier 3.

Business leaders called for greater support from the Treasury for firms forced to close in Tier 3, as well as those in Tier 2 which face “dramatically” hampered finances.

The British Chambers of Commerce told the Prime Minister that any new lockdown restrictions must come with “truly commensurate” financial support or risk “catastrophic economic consequences”.

A further 16,982 lab-confirmed coronavirus cases in the UK were announced on Sunday and an extra 67 deaths of people who had tested positive in the past 28 days, according to Government figures, which put the total at 43,646.