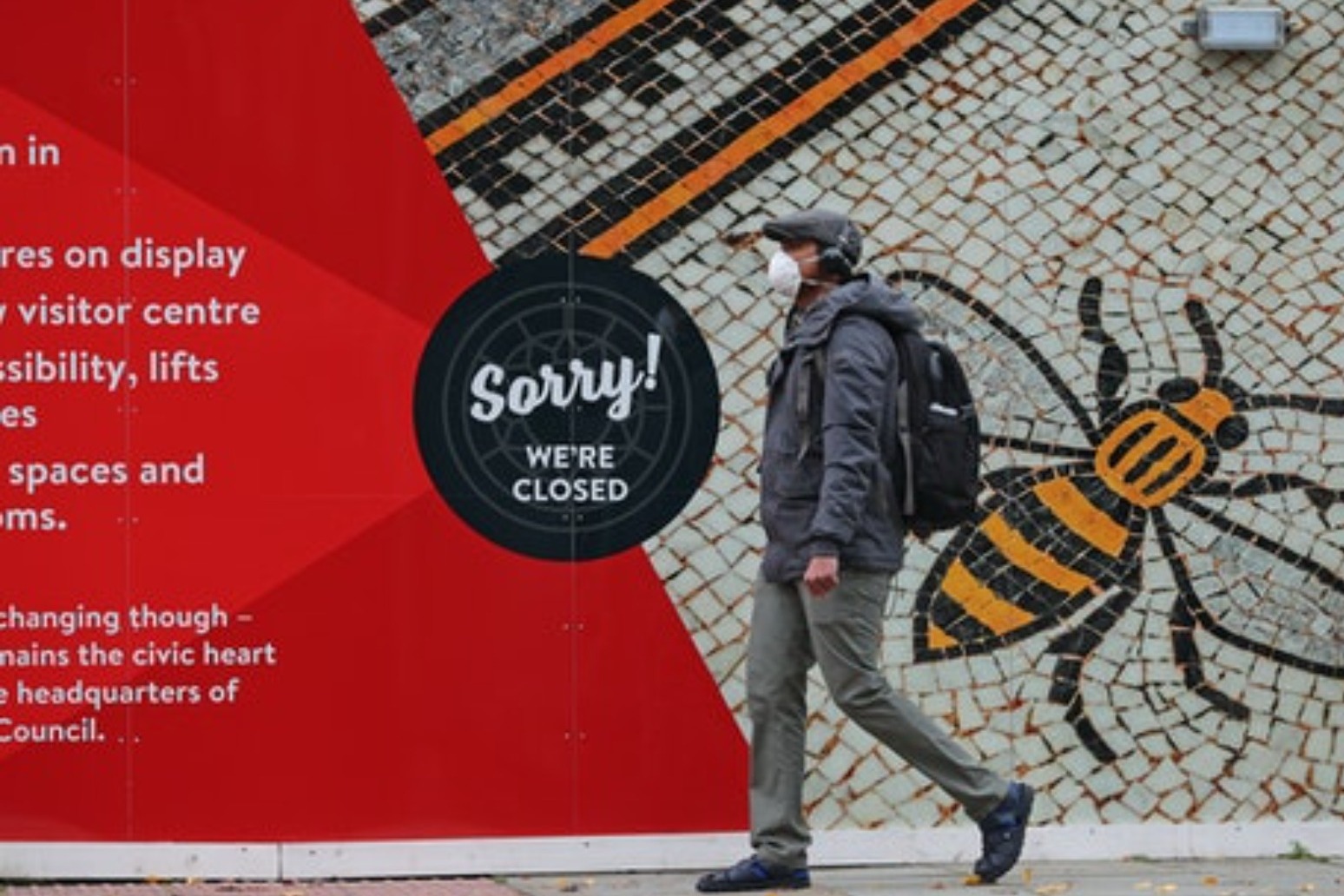 The Government has given local leaders in Greater Manchester until midday on Tuesday to agree stringent new coronavirus controls. Communities Secretary Robert Jenrick said the deteriorating public health situation in the region meant action to curb the spread of the disease was needed.

Mayor Andy Burnham earlier said that they still wanted agreement on a financial support package before agreeing to go into the highest, Tier 3 restrictions.

But in a statement, Mr Jenrick said: “There are now more Covid-19 patients in Greater Manchester hospitals than in the whole of the South West and South East combined.

“But, unfortunately, despite recognising the gravity of the situation, local leaders have been so far unwilling to take the action that is required to get this situation under control.

“I have written to local leaders this evening to make clear that if we cannot reach agreement by midday tomorrow then I must advise the Prime Minister that despite our best endeavours we’ve been unable to reach agreement.”

Asked by the BBC what would happen if there was no agreement, Mr Jenrick said: “That is a matter for the Prime Minister.”

The leader of Manchester City Council, Sir Richard Leese, said he hoped there was still time to reach an agreement, but acknowledged that they would have to comply if the Government acted unilaterally.

“I am hoping that tomorrow (Tuesday) morning we will be able to sit down again with ministers and come to an agreement which will serve the best interests of the people of Manchester,” he told BBC2’s Newsnight.

“Clearly if Government imposes Tier 3 – and I hope that won’t happen – we will clearly need to comply with that.”

The statement follows a warning last week by Boris Johnson that the Government would act to impose the stricter measures it they could not get an agreement with local leaders.

It came after the latest talks on Monday aimed at securing an agreed way forward broke up without a deal.

In a joint statement, Mr Burnham and Sir Richard said they still hoped for a “positive outcome”.

But at the same time they made clear their determination to hold out for a financial support package.

They said it was “surprising and disappointing” that an earlier offer of a hardship fund to top up furlough payments and support the self-employed had bee taken “off the table” by Health Secretary Matt Hancock.

“This evening we have written to the Prime Minister reiterating our willingness to continue to work towards an agreement but reminding him that Greater Manchester has been in Tier 2 style restrictions for almost three months, and that this has taken a toll on people and businesses here,” they said.

“With this in mind, we do not believe it is in any way unreasonable for us to require better protection for our lowest-paid residents.”

Mr Burnham and Sir Richard also hit out at Downing Street for using “selective statistics” to raise concern about the public health situation in the region.

It followed a warning from a Government spokesman that the entire intensive care capacity in Greater Manchester could be filled with Covid-19 patients by November 12 unless action was taken.

However the two leaders insisted the region’s intensive care occupancy rate was not abnormal for this time of year.

“We are not complacent about the position in our hospitals and are monitoring the situation closely,” the said.

“But in the current situation, we believe it is essential that our residents are given clear, accurate information about the state of the NHS in Greater Manchester and that public fears are not raised unnecessarily.”

Mr Jenrick insisted the discussions – which have been going on for 10 days – had been conducted in “good faith”.

He said said they had offered an extensive package “proportionate” to the approach taken in the Liverpool City Region and Lancashire.

Earlier, First Minister Mark Drakeford announced a two-week long “firebreak” for Wales in an attempt to stem the spread of the disease there.

Mr Drakeford said it was designed to be a “short, sharp, shock to turn back the clock, slow down the virus and give us more time”.

Under the measures, from Friday at 6pm until Monday November 9, all non-essential retail, leisure, hospitality and tourism businesses will close “just as they had to during the March lockdown”.

Community centres, libraries and recycling centres will also close while places of worship will be shut other than for funerals or wedding ceremonies.

As of 9am on Monday, there had been a further 18,804 lab-confirmed cases of coronavirus in the UK, bringing the total number of cases in the UK to 741,212.