Half of England now in heightened coronavirus restrictions 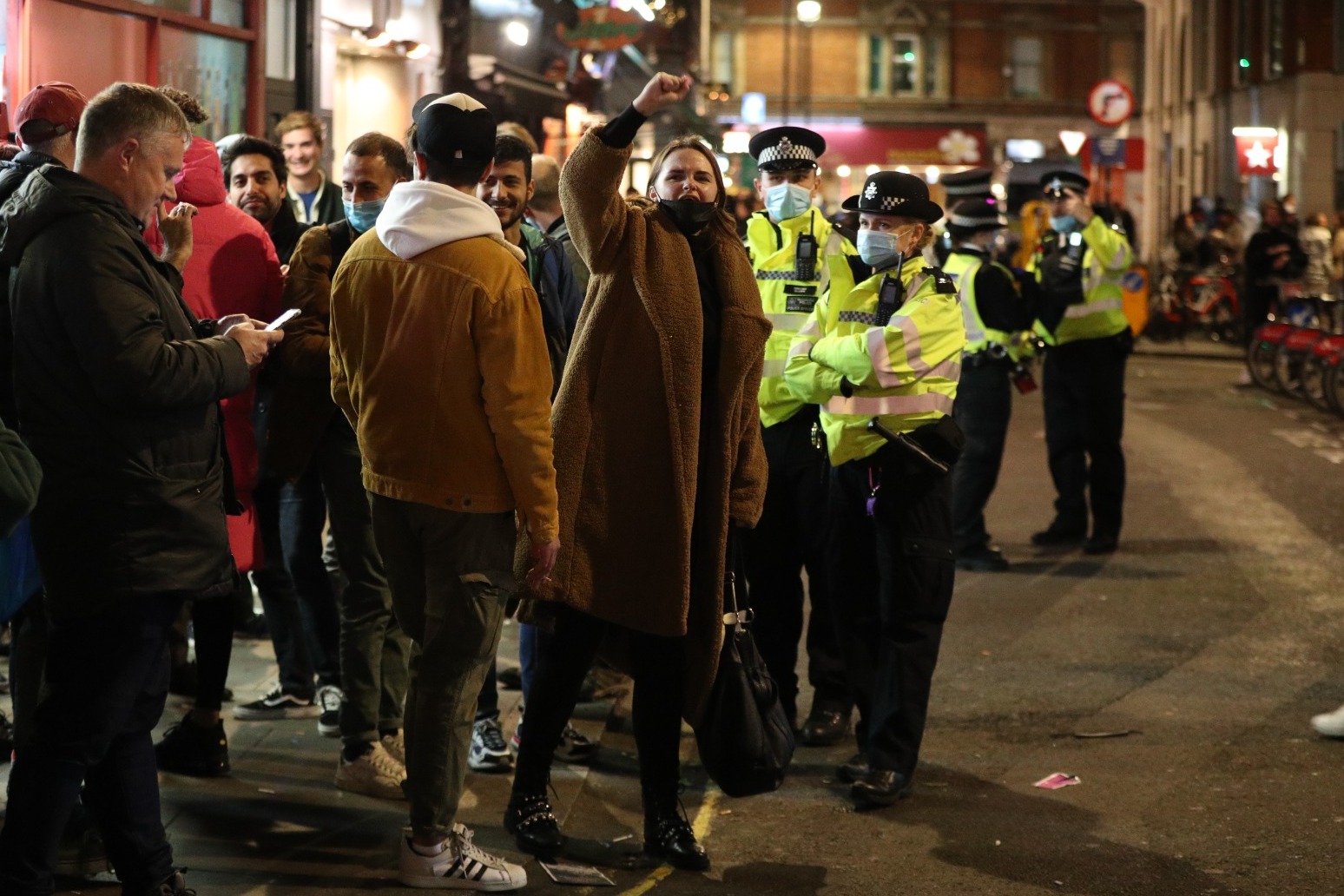 More than half of England is living with heightened coronavirus restrictions after the severest measures came into force in Lancashire and Londoners were banned from meeting indoors.

The measures came into force as Greater Manchester continued to resist the highest controls as the region’s political leaders fight to secure more financial support for workers and businesses.

Pubs in Lancashire that cannot function as restaurants were closed on Saturday, as it joined the Liverpool region in having Tier 3 restrictions.

People in London, Essex, York, Elmbridge, Barrow-in-Furness, North East Derbyshire, Erewash and Chesterfield can no longer mix inside with those from other households, including in pubs and restaurants.

The new measures placed more than 28 million people in England into the top two tiers of restrictions.

Boris Johnson warned Greater Manchester mayor Andy Burnham on Friday he would impose Tier 3 measures if they could not reach an agreement as he warned of a “grave” situation.

Mr Burnham and council leaders across Greater Manchester responded by insisting they have done “everything within our power to protect the health of our residents”, and said people and firms need greater financial support before accepting the lockdown.

They also suggested in a joint statement that Downing Street had delayed discussions, adding: “We can assure the Prime Minister that we are ready to meet at any time to try to agree a way forward.”

The row continued as people in Tier 2 or 3 areas in England, as well as the central belt of Scotland and the whole of Northern Ireland, were banned from entering Wales from 6pm on Friday.

And pubs, restaurants and cafes across Northern Ireland had to close their doors to sit-in customers.

In Lancashire, a further 1.5 million people entered Tier 3 as the Government said the move was necessary to stem the “unrelenting rise” in Covid-19 cases in the North West county.

Pubs and bars across Lancashire will close unless they serve food and alcohol as part of a sit-down meal, while stricter restrictions on socialising will also come into force.

People will not be able to mix with others in any indoor setting or private garden, as well as in most outdoor hospitality venues.

But gyms will remain open despite them being closed in the Liverpool City Region – the only other area under Tier 3 restrictions.

Labour’s council leaders in Lancashire said they had been forced to accept the measures, with South Ribble’s Paul Foster saying they were “blackmailed” and Blackpool’s Lynn Williams adding they had “no option” to agree, as they secured an extra £30 million of funding.

Mr Johnson was resisting calls to impose a short national lockdown known as a “circuit-breaker” but said he “can’t rule anything out” as he continued to pursue local measures.

Earlier, the Scientific Advisory Group for Emergencies (Sage), which advises the Government, said the reproduction number, or R value, of coronavirus transmission for the whole of the UK had nudged up to between 1.3 and 1.5.

Sage said there had been no change to the course of the pandemic in the last month, suggesting no effect from measures such as the rule of six.

However, at the Downing Street press conference, England’s chief scientific adviser Sir Patrick Vallance said the R was not growing as fast as it would be without the measures people were following.

Nevertheless, he said he agreed with England’s chief medical officer Professor Chris Whitty that the “baseline” Tier 3 measures on their own would not be enough to get the number of infections down.

– The Welsh Government were to meet to discuss a circuit-breaker lockdown and will announce any decisions on Monday.

– Mr Johnson said the UK is developing the capacity to manufacture millions of fast turnaround tests for coronavirus which could deliver results in just 15 minutes.

– Some 15,650 lab-confirmed coronavirus cases were recorded in the UK on Friday, alongside 136 deaths.

– The Times quoted an unnamed senior scientist, who predicted Britain could be carrying out a million coronavirus tests a day by Christmas.