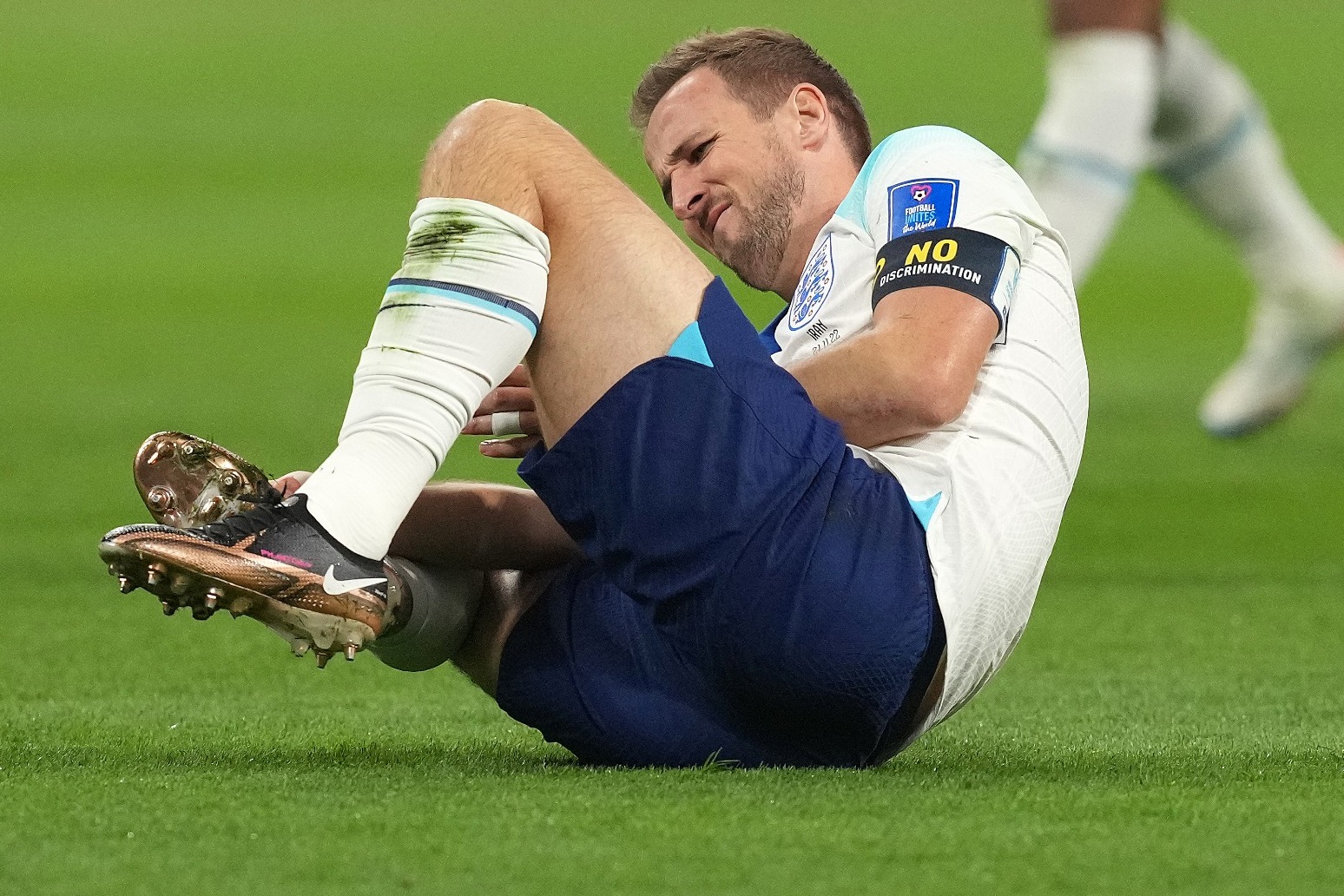 Harry Kane is expected to train as usual on the eve of England’s World Cup clash against the United States following an injury scare.

The Three Lions took a giant stride towards the knockout phase by winning their Group B opener 6-2 against Iran on Monday – the national team’s biggest ever win at the start of a major tournament.

Kane provided two assists and played 75 minutes against Iran but ended up needing a scan on his right ankle, which was caught early in the second half in a clumsy challenge by Morteza Pouraliganji.

But the 29-year-old received the green light to train on Wednesday, with the official England Twitter account sharing a photo of him in training accompanied by the caption “skipper” and a fist emoji.

Kane is again expected to train again on Thursday at the Al Wakrah Sports Complex, with his team-mates moving to assuage fears about the skipper’s availability.

“I’m sure he is fine, he was out on the grass with us today which is good. He is our captain.”

“H is good,” the right-back said. “Obviously, the lads that have played the other day have done a more relaxed session than us that have not been involved.

“So, listen, we’re moving on to Friday and the three points is the main thing that we’re wanting to qualify from this group.”

Kane’s fitness is still sure to be one of the first questions in Thursday’s press conference in Doha, where Gareth Southgate will also be quizzed about the availability of other players.

Harry Maguire came off against Iran feeling unwell but was involved in England training on Wednesday.

Callum Wilson did not train but is not believed to be a fitness doubt, while James Maddison was again absent as he recovers from a knee complaint that ruled him out against Iran.

Walker also trained and will be hoping to get his first minutes since undergoing groin surgery in October.

“I’m fit,” the right-back said. “I’ve been training now for two weeks and I feel sharp.

“Can you replicate what you do on a match day? Of course I can’t. Me and the physio, me and the fitness coach cannot have an 11 v 11 against each other.

“We can do as much as we can do before I have to go into training and kick a ball with the lads, so I feel good.”