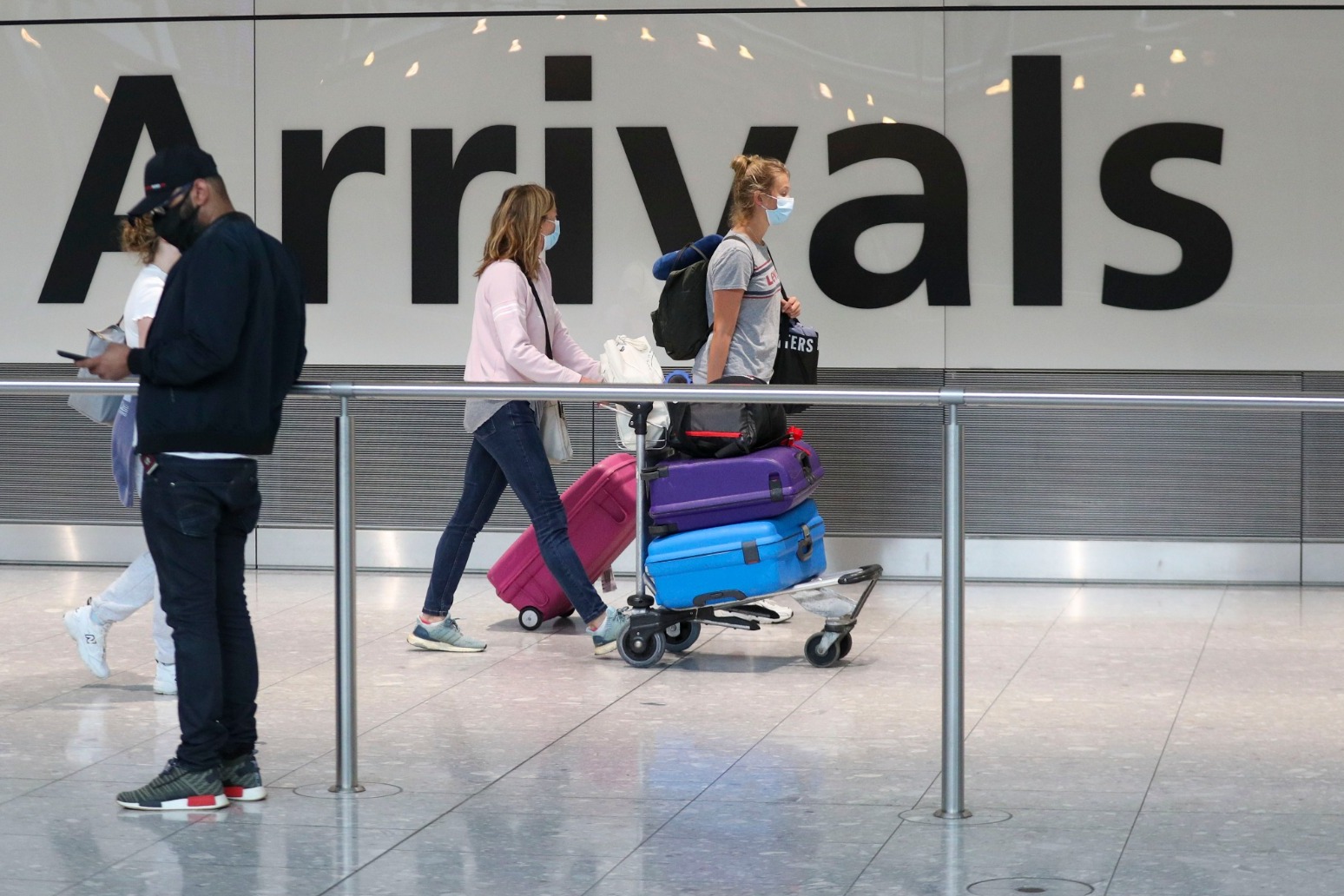 Heathrow has urged the Government to stop imposing “quarantine roulette” on travellers as it announced a pre-tax loss of £1.1 billion in the first six months of the year.

Chief executive John Holland-Kaye said the financial results “should serve as a clarion call” to ministers to introduce a scheme for coronavirus testing of arriving passengers.

He wants the 14-day self-isolation requirement to be eased for people arriving from countries not on the Government’s exemption list if they test negative for the virus.

It comes after Boris Johnson warned that further European nations could lose their exempted status amid signs of a “second wave” of Covid-19.

The Prime Minister triggered a diplomatic row with Spain by reimposing a warning against all but essential travel to the country and insisting that travellers arriving in the UK from there spend 14 days in quarantine.

Heathrow’s passenger numbers were down 96% year on year between April and June.

Mr Holland-Kaye said: “Today’s results should serve as a clarion call for the Government – the UK needs a passenger testing regime and fast. Without it, Britain is just playing a game of quarantine roulette.

“As many of our customers have experienced, it’s difficult to plan a holiday that way, let alone run a business.

“Testing offers a way to safely open up travel and trade to some of the UK’s biggest markets which currently remain closed.

“Our European competitors are racing ahead with passenger testing. If the UK doesn’t act soon global Britain will be nothing more than a campaign slogan.”

One idea floated is for passengers to be tested on arrival before being tested again a number of days later to confirm they are not infected with the virus. A second test could allow their quarantine to be shortened under the proposal.

Government advisers have warned it can take a number of days from infection before tests return a positive result, meaning testing negative on arrival does not mean the passenger will not develop symptoms later on.

But Public Health England and the Department of Health and Social Care are believed to have spoken with travel assistance company Collinson to understand the proposed testing pilot it is developing with Heathrow.

Preliminary modelling from the London School of Hygiene and Tropical Medicine suggested 94% of cases would be detected if the quarantine period was cut to eight days and passengers tested negative on the seventh.