Helen Skelton Ive found my confidence on the Strictly dancefloor 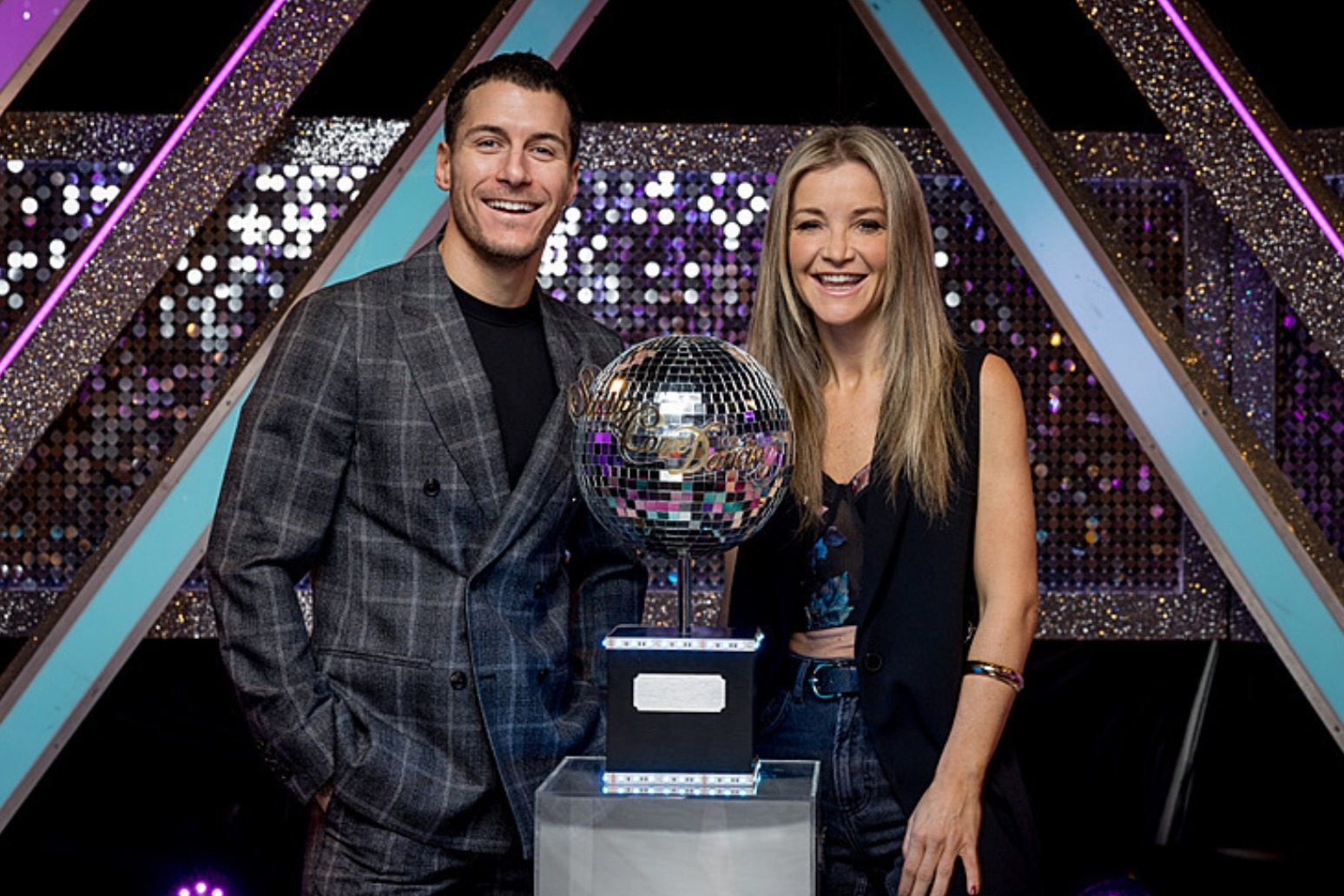 Helen Skelton has said she “found her confidence on the dancefloor” as she prepares for the Strictly Come Dancing grand finale show.

The TV and radio presenter, 39, and her professional partner Gorka Marquez are among one of the four couples who will compete on Saturday to win the glitterball trophy.

During her time on the hit BBC One show, Skelton has topped the leaderboard on a number of occasions and managed to avoid the dreaded dance-off the entire series.

Speaking ahead of the final, she reflected on her personal growth throughout the competition, saying: “Confidence is all relative, isn’t it?

“And challenges are all relative. But yes, I’ve definitely found my confidence on that dancefloor and I enjoy it and that’s what it’s about.”

Skelton is no stranger to the screen having presented various shows throughout her career including BBC’s Countryfile, Newsround and Blue Peter. She has also worked on several major sporting events and was recently announced as the new host of the new-look BBC Radio 5 Live Sunday morning show.

She explained that being able to connect with people is why she does television and that receiving messages from fans of the show who share their stories has been the “ultimate humbling thing” and what has kept them going throughout the competition.

“I think when you’re in telly that’s why you do it, you do it because you like connecting with people and you like being part of things”, she said.

“And if one person has thought, ‘Oh, I’m going to put myself out of my comfort zone, or I’m going to take on something difficult’, then we’ve done our job.”

The TV star has impressed the judges and public with her routines, with many commenting on the strength she has brought to the stage.

Asked how she felt that some consider her a ‘sex symbol’ now, Skelton praised her dance partner Marquez for how he has choreographed her, saying: “I think you’re clever in that you’ve never made it about being sexy, it’s been about being sassy and powerful and being in control.

“And that’s a wonderfully freeing thing for anybody when they feel in control of their own selves and what they’re doing.

Skelton will perform three dances on Saturday – the jive to Tightrope by Janelle Monae at the request of the judges, their couples choice routine to Mein Herr by Liza Minnelli (from Cabaret) and finally their show dance to Shine by Emeli Sande.

She came close to the coveted perfect 40 with her Cabaret performance during musicals week, scoring 39 points and receiving a standing ovation from head judge Shirley Ballas.

The TV presenter admitted she would love full marks for one of their performances on Saturday but said she feels they have already received one through the excited reception from the other dancers.

She said: “I take on board what the judges say and I respect what they say, I have a lot of respect for all of them, but actually the thing for me that is a 40 is getting up to Claudia’s area and you have (professional dancers) Karen (Hauer), Luba (Mushtuk), Katya (Jonesthem) all going crazy and I’m like ‘That’s our 40′.

Skelton added that her aim for joining the show was so that her family would be “proud” and “happy” as she feels they have also been part of the journey.

She has three children with her ex-husband rugby league player Richie Myler. In April, she announced on Instagram that they were “no longer a couple”.

Skelton will go head-to-head against radio DJ Fleur East, wildlife presenter Hamza Yassin and actor and singer Molly Rainford during the final after Will Mellor became the 11th celebrity to leave the BBC One dance competition on Monday.

Strictly Come Dancing: The Final will air live on Saturday December 17 at 7.15pm, on BBC One and BBC iPlayer.