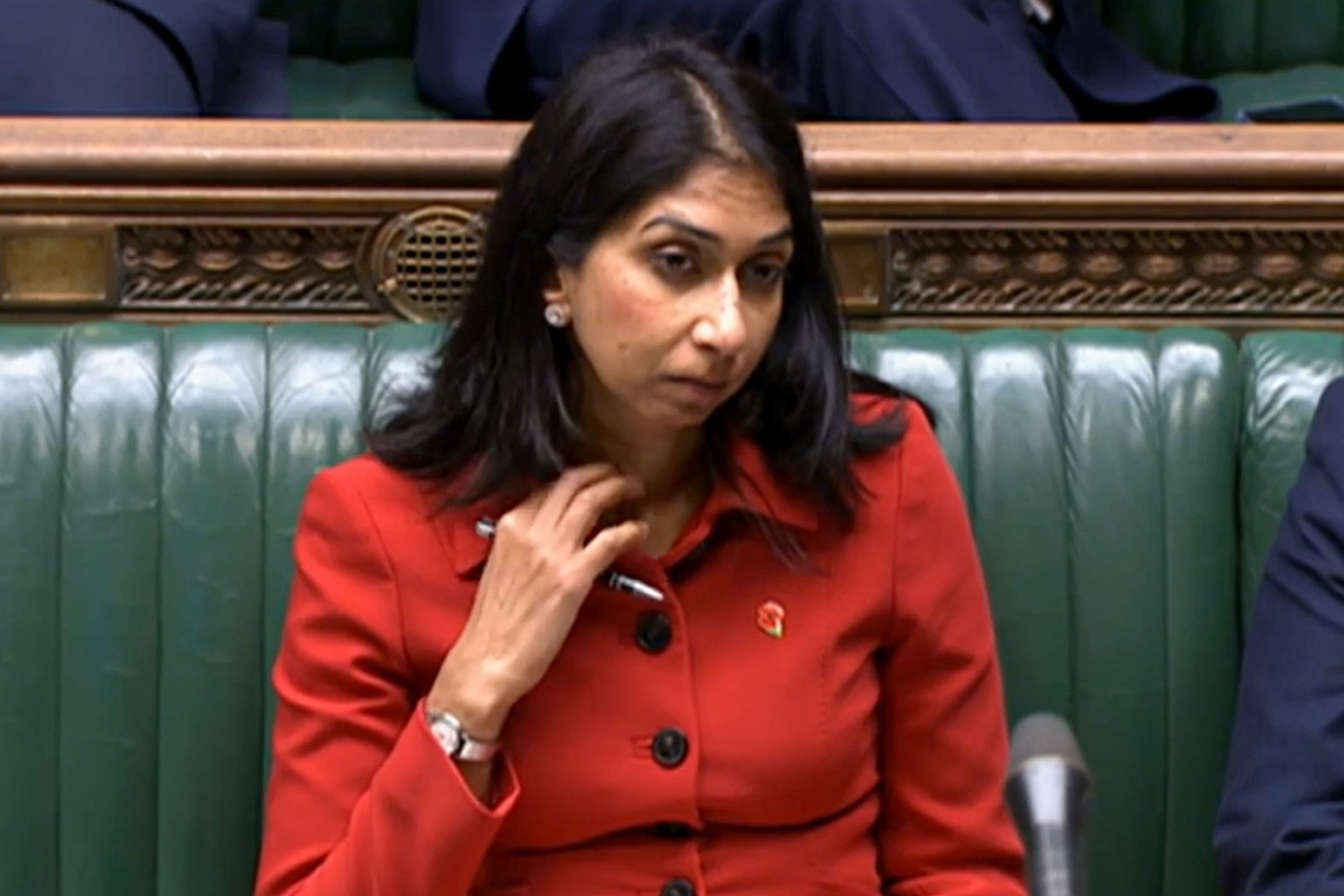 A watchdog has called on the Home Office to “get a grip” on the problems at the Manston migrant processing centre.

Chief inspector of prisons Charlie Taylor said the government department and its contractors must speed up the processing of migrants and make “suitable provisions” so people can be moved off the site near Ramsgate in Kent “as quickly as possible”.

His comments came as he published the findings of an inspection, carried out at the facility in July, which warned serious challenges remain for migrants crossing the Channel and arriving in Kent.

Mr Taylor told BBC Radio 4’s Today programme: “The Home Office and contractors need to get a grip. They need to speed up the processing of migrants. They need to make suitable provisions so people can be moved off site as quickly as possible and housed in humane and decent conditions.”

It is the first time the watchdog, which examines the conditions of prisons and other detention facilities, has inspected Manston – which opened in January – and two other migrant processing centres on the south coast.

Manston, at a disused airfield near Ramsgate, is supposed to be a short-term holding facility where immigration documents are issued and some migrants begin the asylum screening process. They are only meant to stay for a maximum of 24 hours. While there is food, water, showers and toilets, the prisons watchdog said there are no beds or access to fresh air or exercise.

When migrants initially arrive in Kent after crossing the Channel from Calais, they are taken to sites at Western Jet Foil in Dover and Lydd Airport in Romney Marsh for health checks. The Lydd Airport site was unoccupied at the time of the inspection.

In the watchdog’s findings, published on Tuesday, inspectors highlighted “failings” in procedures at Manston which “undermine the resilience of the centre for dealing with increasing volumes of detainees”.

But they also found the accommodation was suitable for short-term detention and noted efforts by staff to “create a calm and even welcoming atmosphere”.

Manston was described as having a “good amount” of accommodation available but, at the time of the inspection, “much of it was out of use because there were not enough staff”.

Further “signs of strain” included “exhausted detainees” sleeping on the floor, including some who had been waiting more than 30 hours to be processed.

Last week, David Neal, the chief inspector of borders and immigration, said during a visit to Manston he met families who had been at the facility for over a month.

– Victims of trafficking, people with disabilities and severe mental health problems and other vulnerable detainees were “not always assessed or recorded appropriately”, with some not identified as “adults at risk”.

– The inspection raised concerns over the welfare and dignity of detainees. Some were not allowed to use mobile phones to let their families know they were safe and, in parts of the site, others were “inexplicably” not allowed to close toilet doors fully.

– Translation services were not always used to make sure detainees understood what was happening.

Mr Taylor said the inspection revealed a number of “risks” linked to the facilities and that since then, information from “a number of credible sources”, including other watchdogs, suggested the current situation has “significantly deteriorated”.

As a result, he is planning a “swift return” to Manston for another inspection when he will “expect to see substantial improvements”.

“In the meantime, the Home Office and its contractors need to get a grip and urgently act on the findings of this report to make sure all detainees are held in safe, decent and humane conditions,” he said.

A Home Office spokesman said: “We welcome the report’s finding that there have been considerable improvements to the infrastructure and processes in place to accommodate record numbers of people arriving in the UK illegally via small boats.

“As a result of these numbers, our asylum system has been put under incredible strain, but we recognise there is more to do to provide alternative accommodation for people arriving in the UK. We continue to work hard to resolve the current pressures at Manston as an urgent priority.

“Manston remains resourced and equipped to process migrants securely, and we will provide alternative accommodation as soon as possible.”