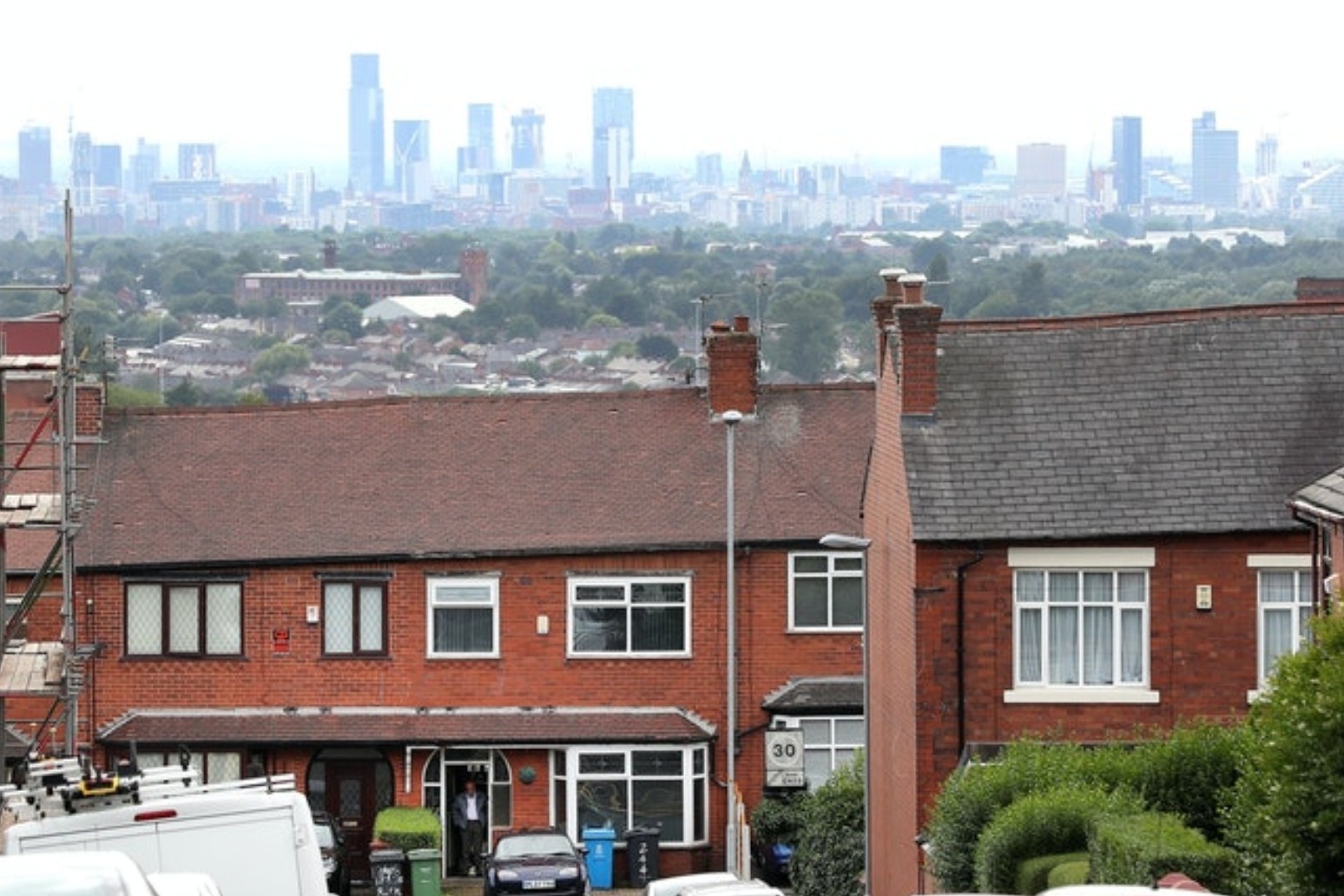 People from different households in Greater Manchester, parts of east Lancashire and West Yorkshire have been banned from meeting each other inside their homes or in gardens following a spike in virus cases.

The new rules also ban members of two different households from mixing in pubs, restaurants and other hospitality venues, but these businesses will remain open for those visiting individually or from the same household.

The Government said it will give police forces and councils powers to enforce the new rules – adding that some exemptions will be put in place, including for the vulnerable.

Health Secretary Matt Hancock said “households gathering and not abiding by the social-distancing rules” was a reason for the stricter rules, announced late on Thursday evening, and that the move was in order to “keep the country safe”.

He said: “We take this action with a heavy heart but unfortunately it’s necessary because we’ve seen that households meeting up and a lack of social distancing is one of the causes of this rising rate of coronavirus and we’ll do whatever is necessary to keep the country safe.”

The move comes as celebrations take place for the Muslim festival of Eid al Adha, which started on Thursday evening and continues over the weekend, and after the Government reimposed quarantine measures for those arriving in the UK from Spain and Luxembourg earlier this week.

Mayor of Greater Manchester Andy Burnham welcomed the measures, which he said would be reviewed on a weekly basis.

However, Labour leader Sir Keir Starmer, while also welcoming the measures, criticised the Government’s handling of communicating the change to the public.

In a tweet, he said: “No one would argue with putting in place local action to reduce the transmission of coronavirus.

“But announcing measures affecting potentially millions of people late at night on Twitter is a new low for the government’s communications during this crisis.”

The household mixing restrictions will also apply in Leicester, which has seen the first so-called local lockdown since June, but other measures in the city will be eased. From Monday restaurants, cafes, bars and hairdressers can reopen – but leisure centres, gyms and pools will remain closed.

On Saturday, Luton will be brought in line with the rest of the country after “significant progress”, the Government said.

Mr Hancock added: “We’re constantly vigilant and we’ve been looking at the data, and unfortunately we’ve seen across parts of northern England an increase in the number of cases of coronavirus.

“So, today, I held a meeting of the Government’s Gold Committee and working with local leaders, including, for instance, Andy Burnham the mayor of Greater Manchester, we’ve decided that we need to take action across Greater Manchester, East Lancashire and parts of West Yorkshire.

“So, from midnight tonight (Friday) we are banning households meeting up indoors.”

In 13 of the 19 affected local authority areas affected, the rate of Covid-19 in the seven days to July 27 has gone up, with 1,536 cases recorded across all the areas in the space of a week.

Parts of East Lancashire are affected including Blackburn with Darwen, Burnley, Hyndburn, Pendle (which includes the towns of Colne and Nelson) and Rossendale.

Mr Burnham said “by not acting selfishly” the measures could be removed more quickly.

He added: “Over recent days, there has been a marked change in the picture across Greater Manchester with regard to the spread of Covid-19.

“We have gone from a falling rate of cases in nearly all of our boroughs last week to a rising rate in nine out of 10 affecting communities across a much wider geography. In Rochdale, the one borough where cases have fallen, they are still too high.

“We have always said that we will remain vigilant and be ready to respond quickly should the need arise. In line with that approach, I have agreed with the Health Secretary that it is right to act on the precautionary principle and introduce modest measures now to bring down the rate of new infections.

“I ask all Greater Manchester residents – young and old alike – to protect each other by observing these new requirements. They will be reviewed weekly, meaning the more we stick to them, the quicker they will be removed.

“This is a place which prides itself on looking out for each other. We now need to be true to that by not acting selfishly and keeping the health of others in mind at all times.”

Reacting to the move on Twitter, Scotland First Secretary Nicola Sturgeon said: “The UK government is right to act quickly if they think the situation warrants it.

“But this is a sharp reminder that the threat of this virus is still very real.”