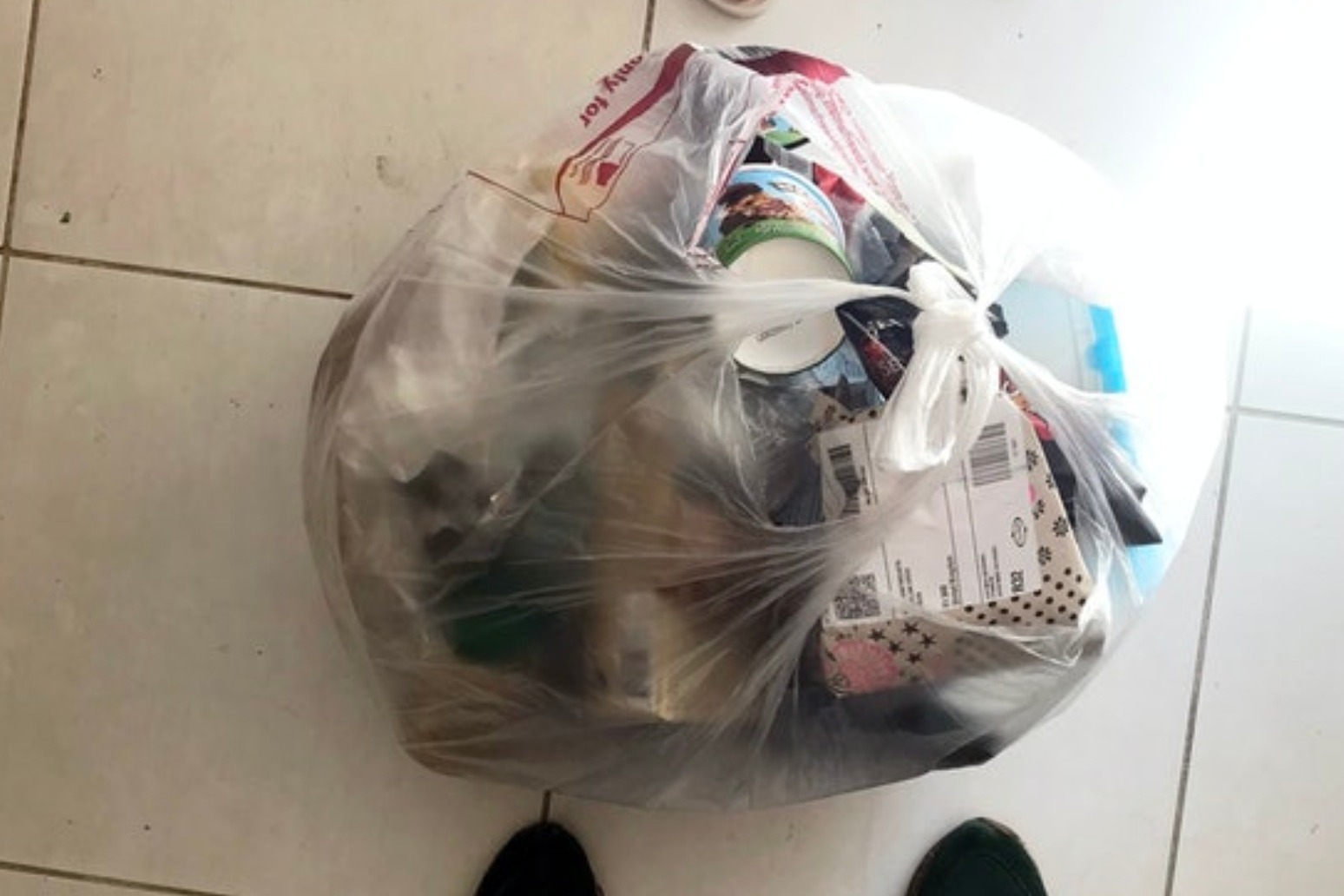 British households have created an increasing amount of plastic waste in lockdown, a survey of the problem suggests.

Some 483 people across the UK stored up and recorded their household’s plastic waste for a week as part of the Everyday Plastic Survey during lockdown, collecting almost 23,000 pieces of rubbish between them.

It found households got through 128 bits of plastic waste in a week on average, up from 99 in similar surveys conducted before lockdown.

More than two-thirds of the plastic waste, 68%, came from food and drink products, and just a fraction of the entire collection would end up being recycled in the UK, the scheme’s founder Daniel Webb said.

Mr Webb began to look at the plastic waste issue in 2017, collecting, counting and analysing every piece of plastic rubbish he got through for a year.

In 2018 he launched Everyday Plastic, with a household survey as a way to connect individuals with the scale of the global plastic problem, and has been running a special lockdown version of the project.

Participants collect and record a week’s worth of their household plastic waste before submitting their data to get their own personal plastic footprint, with a breakdown of what they throw away and where it goes.

The lockdown survey has taken place over the last three months, with 483 participants from 179 households collecting 22,891 pieces of waste.

Almost two-thirds, 65%, was soft, thin, filmy plastic which is rarely recycled in the UK.

Only 37% of the pieces of plastic waste that were collected are considered to be recyclable by councils and only 5% would end up actually being recycled in the UK, Mr Webb said.

In total, those taking part collected 1,960 pieces of fruit and vegetable packaging, and 2,951 snack wrappers.

The highest amount of plastic used and collected in a week by a household was 734 pieces, and the lowest was just 17, with the average coming in at 128.

If that were scaled up to all the households in the UK, that would mean 3.6 billion pieces of plastic waste are being thrown away each week.

The survey has run three waves since the country shut down to tackle coronavirus, with Mr Webb saying that with parents on furlough and children being home-schooled, it was an opportunity for a lockdown version of the survey.

Mr Webb said: “The Everyday Plastic Survey is designed to fast track our awareness and understanding, which in turn leads to more responsible consumer choices.

“We believe that this encourages – or ultimately obliges – businesses and governments to improve their practice and policy.”

The Everyday Plastic Survey will be running as a nationwide campaign in 2021. For more information, visit everydayplastic.org.