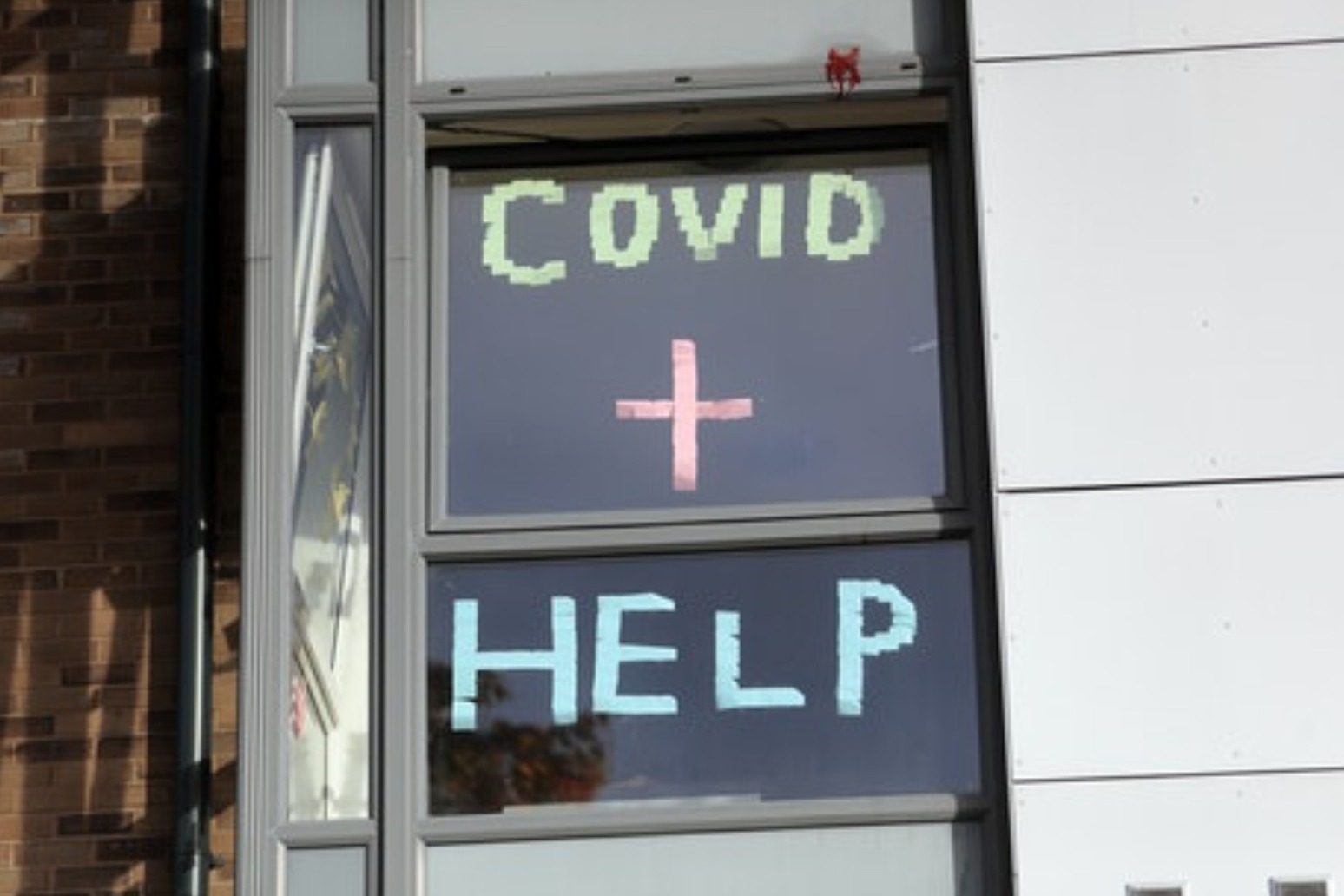 The Government has been accused of ignoring its own scientists after documents showed that a “circuit-breaker” lockdown was recommended for England by expert advisers three weeks ago.

The Scientific Advisory Group for Emergencies (Sage) suggested immediately introducing a national lockdown lasting between two and three weeks to halt the rapid spread of the virus, with the Government’s failure to act on the advice branded “alarming” by Labour.

The Sage document, dated September 21 and released just hours after Prime Minister Boris Johnson announced his three-tier system of alert levels for England, said a package of interventions was needed to reverse the “exponential” rise in cases.

The paper set out a shortlist of non-pharmaceutical interventions (NPIs) that should be considered for “immediate” introduction, also suggesting that all university teaching should be online unless face-to-face teaching is “absolutely essential” at a time when students were starting or returning to university.

Top of the list was a short period of lockdown known as a circuit-breaker “to return incidence to low levels”, followed by advice to work from home for all those that can.

Third on the list was “banning all contact within the home with members of other households (except members of a support bubble)”, and fourth was the closure of all bars, restaurants, cafes, indoor gyms, and personal services such as hairdressers.

The final measure on the list was that all university and college teaching has “to be online unless face-to-face teaching is absolutely essential”.

The document says that both local and national measures are needed, adding: “Measures should not be applied in too specific a geographical area.”

Shadow health secretary Jonathan Ashworth, said: “The revelations in this paper are alarming.

“The fact that the Prime Minister chose to publish it an hour after his press conference is yet more evidence that he is treating the British people with contempt.

“Labour warned earlier that the restrictions announced by the Prime Minister may not be sufficient.

“The Government now needs to urgently explain why it ignored its own scientists and what it will be doing to get control of the virus.”

The Sage details emerged on the same day that Mr Johnson warned that rising coronavirus cases and hospital admissions are flashing like “dashboard warnings in a passenger jet” as he set out the three-tier system.

The new system in England will see areas put into different categories labelled as medium, high or very high risk.

Pubs and bars across Merseyside will close unless they serve food and alcohol as part of a sit-down meal as the Liverpool city region moves into a “very high” Covid alert level.

MPs will debate and vote on the measures on Tuesday and, should it be approved, the new tiered system will come into effect on Wednesday.

Addressing a Downing Street press conference, Mr Johnson said cases nationally had gone up four times in four weeks, there are more Covid-19 patients in UK hospitals than on March 23 when the country went into lockdown, and deaths are rising.

Under the new arrangements:

– The medium alert level will cover most of England and will consist of the current national measures, including the rule of six and the 10pm curfew.

– The very high alert level will mean, at a minimum, the closure of pubs and bars and a ban on social mixing indoors and in private gardens.

Areas in the top tier will be able to impose extra restrictions, and in the Liverpool city region this will mean the closure of leisure centres, gyms, betting shops and casinos.

Prof Whitty warned the measures could become stricter should more be requited to suppress the virus.

He told the Downing Street press conference: “I am not confident, and nor is anybody confident, that the tier three proposals for the highest rates… if we did the absolute base case, and nothing more, would be enough to get on top of it.

“And that is why there’s a lot of flexibility in the tier three level for local authorities, guided by the directors of public health, to actually go up that range, so that they can do significantly more than the absolute base because the base will not be sufficient.”

Mr Johnson said he did not want another national lockdown but did not rule one out either, adding he would not impose such “extreme” measures “right now”.

He said authorities being placed in the “very high” alert level would gain extra support from Whitehall, including the possibility of military assistance to support local services.

There was £1 billion of new support on offer to local authorities across England, he added.

Mr Johnson also said that updated guidance would be published for those who are deemed to be “clinically extremely vulnerable” – or those at highest risk from developing complications from Covid-19.

Patients are not currently advised to shield in any local areas in England.

During the first wave of the pandemic people deemed to be clinically extremely vulnerable in England were advised to take extra precautions, also known as shielding.