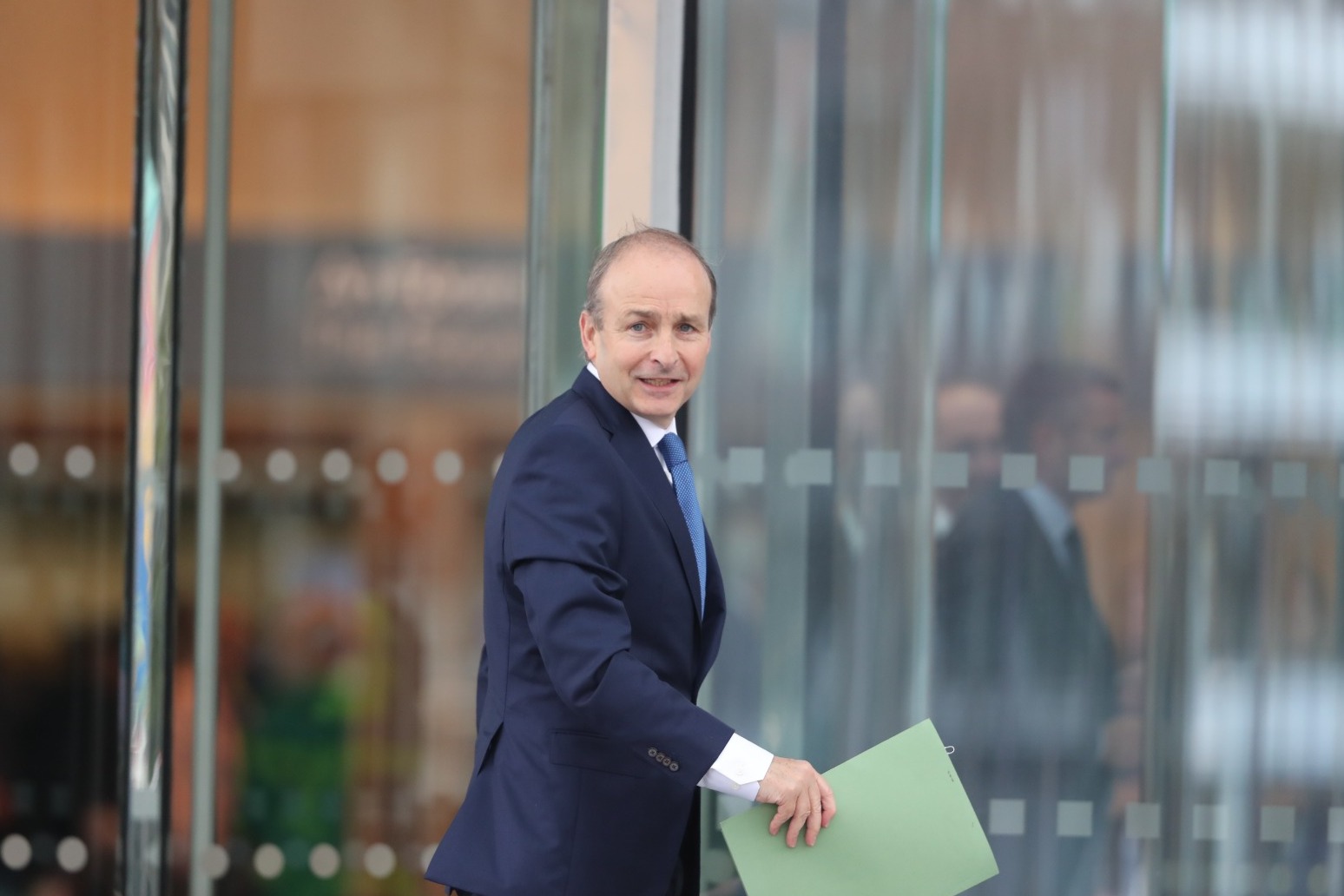 Micheal Martin has been confirmed as Taoiseach.

Mr Martin’s Fianna Fail won the most seats in February’s inconclusive general election, and his appointment as Taoiseach represents the culmination of 30 years in mainstream political life.

As Mr Varadkar hands the reins to his former political rival, he told the Dail, which is sitting in the Convention Centre, that it is “an historic occasion”.

“I look forward to the privilege of serving in government with those two parties, as does my party.

“For my own party Fine Gael, it’s an opportunity, a third term in government, something we’ve never been able to do before, three consecutive terms.

“The chance to protect what has been achieved and secured over the past nine years and also a second chance, an opportunity to get right some of the things that we didn’t get right in the years gone by.

“I’m up for that challenge.”

Proposing Mr Martin for Taoiseach, Fianna Fail TD Norma Foley said it was an honour to nominate him.

“When we look at the record of Deputy Micheal Martin you must give credit to the man. When we look at his record in government and his time in office he was a progressive and reforming minister for education and foreign affairs.

“Deputy Micheal Martin has a valiant record of delivering for this free Republic.

“The programme for government agreed by Fianna Fail is a progressive programme for change. Deputy Micheal Martin has the talent and tenacity we need to lead the country with distinction.”

However, Sinn Fein president Mary Lou McDonald said February was the change election, and Sinn Fein won more votes than any other party.

She said Fianna Fail and Fine Gael conspired against the party to exclude it from government, and the voices of more than half a million people who voted for them.

She described the coalition between the two parties as a “marriage of convenience”.

“Faced with the prospect of losing their grip on power, Fianna Fail and Fine Gael have circled the wagons,” she said.

Detailed negotiations on an agreement on shared priorities with Fine Gael and the smaller Green Party have been delayed by the coronavirus crisis.

Firm targets for reducing carbon emissions and encouraging sustainable transport, as well as helping the country recover from economic harm caused by infection restrictions, will be among the new administration’s priorities.

The Dail is meeting in the unusual surroundings of a glass-fronted convention centre on Dublin’s River Liffey.

The temporary change of venue from Leinster House is to enable social distancing and to allow all 160 public representatives to sit.

Ministers are also due to be appointed later on Saturday.

Mr Martin will take over from Leo Varadkar in a historic reconciliation of a political feud with Fine Gael dating back to the foundation of the state a century ago.

Fine Gael are due to retrieve the Taoiseach’s role at the end of 2022 under the terms of the coalition agreement.

The two larger parties needed the support of the Greens to have a working majority in the Irish parliament, equating to about 80 seats, underpinning an extended period in office.

After weeks of talks, proposals on coalition were put to party memberships and results declared on Friday.

The Greens’ support was the subject of speculation as it consulted its members, but 76% decided in favour.

Among the first tasks of the Irish Government will be to renew legislation enabling the non-jury Special Criminal Court to continue dealing with serious organised crime in the Republic.

The effect of Brexit and rebuilding an economy plunged by the virus into what some commentators believe will be one of the worst ever recessions will also be pressing challenges.

Sinn Fein won the popular vote in last winter’s proportional representation election, through an appeal to the young and buoyed by anger at the cost of housing and flaws in the health system.

It did not run enough candidates to fully translate votes into seats and was unable to form a “coalition of the left” with other parties of similar views, but will now lead the opposition.