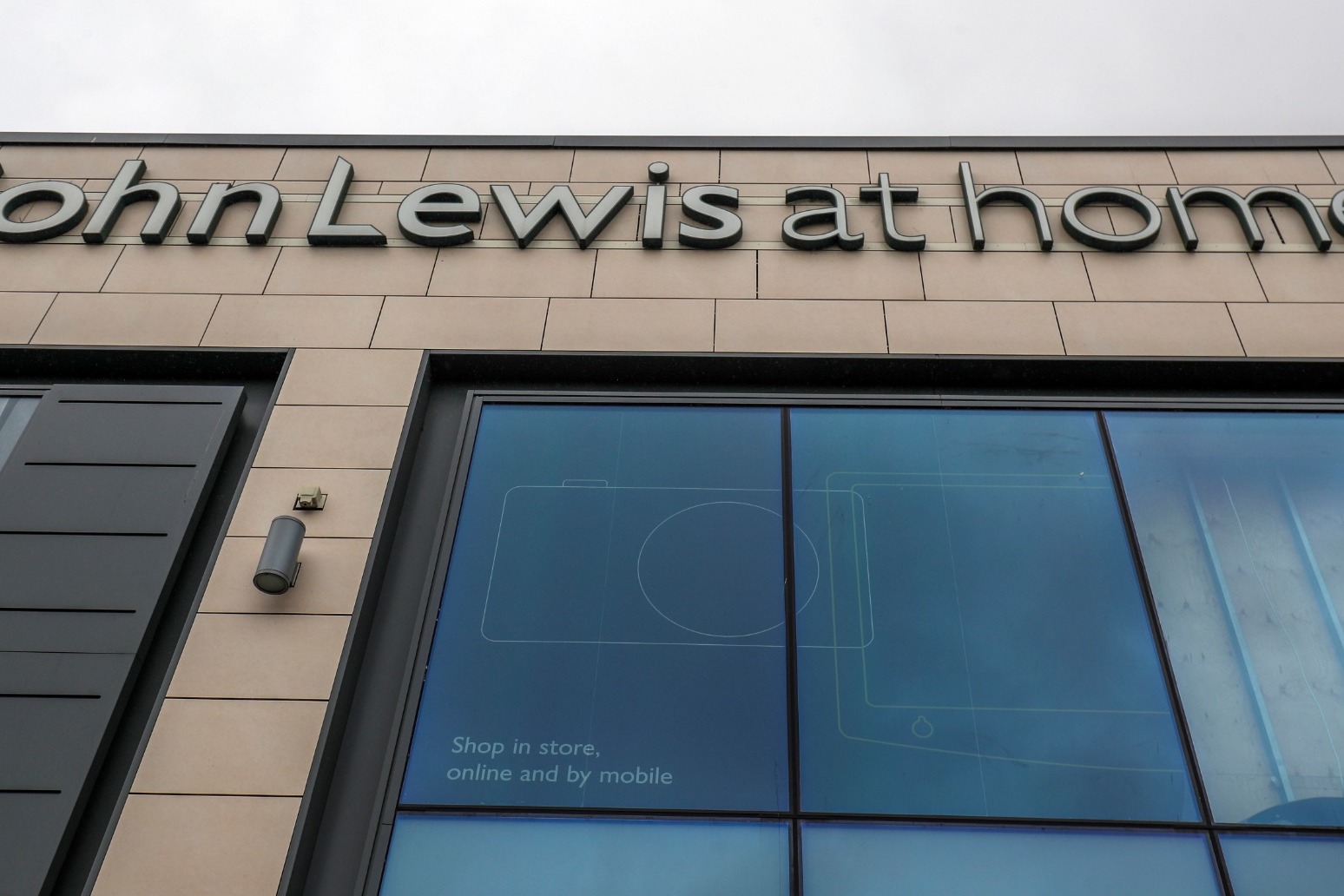 John Lewis is to permanently close eight of its stores, putting 1,300 workers at risk.

The John Lewis Partnership said the decision was made to “secure the business’s long-term future and respond to customers’ shopping needs”.

It said department stores in Birmingham and Watford will be affected, along with four At Home stores in Croydon, Newbury, Swindon and Tamworth, and travel sites in Heathrow and St Pancras.

Prior to the pandemic, the eight outlets were already “financially challenged” but customers have moved away from stores and towards shopping online faster as a result of coronavirus, it said.

The group estimated that between 60% and 70% of John Lewis sales will be made online this year and next, compared with 40% before the coronavirus crisis.

Around 1,300 of its workers, known as partners, will now enter consultations over the cuts.

The company said that, if redundancies are confirmed, “every effort” will be made to find new roles where possible across the group.

The shift towards online has seen the company double capacity at its Waitrose supermarket arm, while it also plans further investment in John Lewis’s online business.

However, it stressed that John Lewis shops have a “vital role” within the business.

“However, we believe closures are necessary to help us secure the sustainability of the partnership – and continue to meet the needs of our customers however and wherever they want to shop.

“Redundancies are always an absolute last resort and we will do everything we can to keep as many partners as possible within our business.”

Ms White added that the partnership will soon announce the results of a recent strategic review to help boost the performance of its brands.

Former John Lewis boss Andy Street, who is currently mayor of the West Midlands, said the group’s decision to shut its Birmingham store is a “dreadful mistake”.

He added: “There is no question that the coronavirus pandemic has caused severe economic damage and uncertainty, but I still have enormous faith in Birmingham as a place to do business.

“Against this backdrop it is extremely disappointing that John Lewis & Partners has not been able to make a success of its flagship store.

“But my belief in its potential is unwavering, and I still believe the store cannot only be a great success, but can also provide a brilliant retail offer for the city and for the wider region.”

The announcement came hours before fellow high street retailer Boots announced plans to slash more than 4,000 jobs after being hit hard by the pandemic.