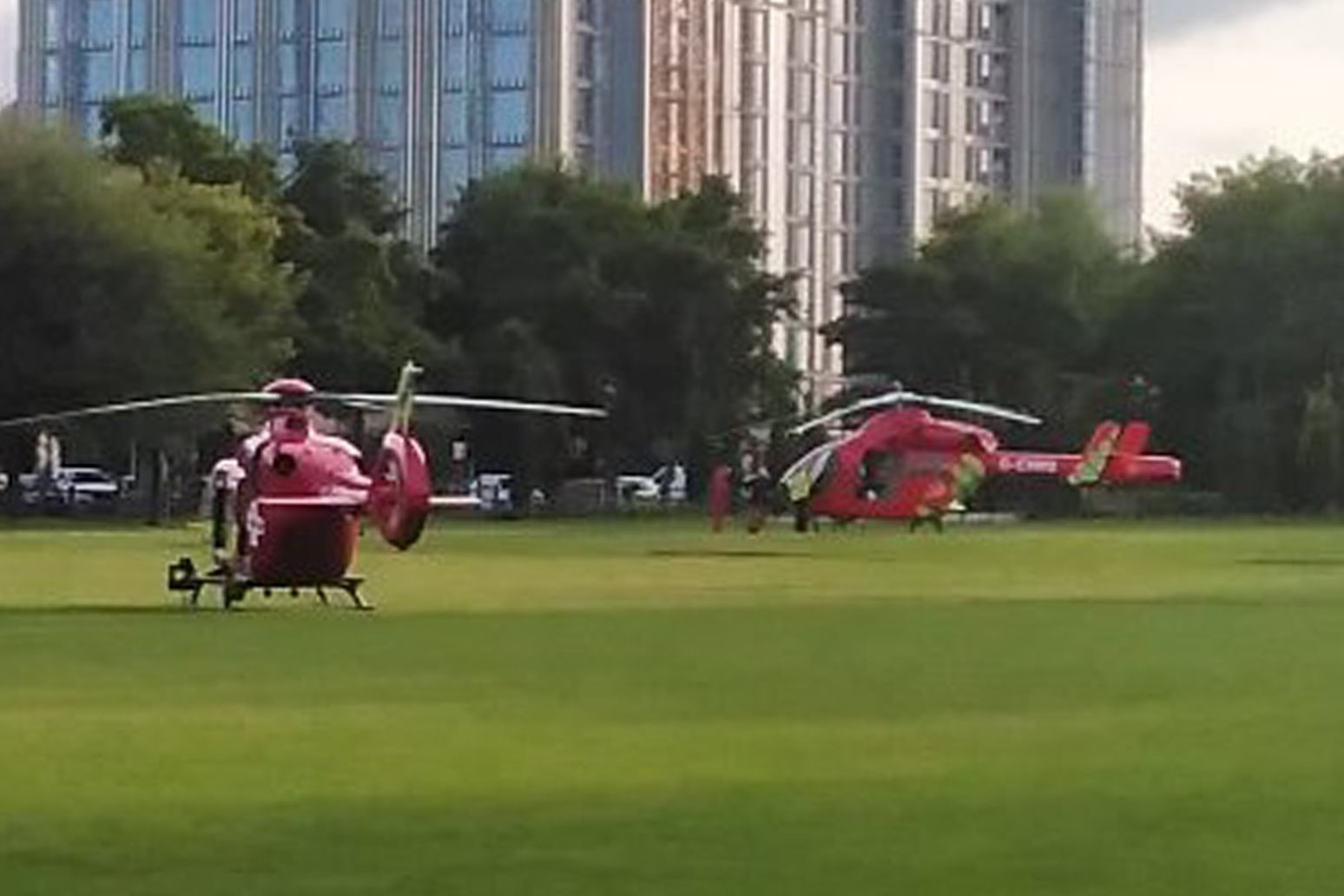 as at least two people are being treated in hospital.

A man is currently in police custody following the incident, which a security source told the PA news agency is suspected to be terror-related.

In response to the attack, Mr Johnson tweeted: “My thoughts are with all of those affected by the appalling incident in Reading and my thanks to the emergency services on the scene.”

Policing and justice minister Kit Malthouse described the incident as “horrific” while calling on people not to share any footage of the attack online.

“An horrific, dreadful incident. Deepest sympathies to all affected,” he said in a tweet.

“Please do not speculate or share footage online. Help the police. All information should be provided to @ThamesVP.”

Labour leader Sir Keir Starmer offered his thanks to the emergency services attending the scene while echoing Mr Malthouse’s request to help the police with their investigation.

He tweeted: “Very concerning reports from Reading. Thank you to the police and other emergency service personnel responding. Please follow the advice of the @PoliceChiefs.”

Home Secretary Priti Patel said she was “deeply concerned” by the reports emerging from the attack while Business Secretary and MP for Reading West Alok Sharma also took to social media to thank emergency services.

Mr Sharma tweeted: “My thoughts are very much with all at @ThamesVP and others who are dealing with this incident and those who have been affected.”

Meanwhile Reading Borough Council leader Jason Brock tweeted he was “shocked and appalled” by the incident.

“I join residents across Reading in being shocked and appalled following the incident at Forbury Gardens,” he said.

“My immediate thoughts are with the families of all those who have died or have been injured.

“All of us at @ReadingCouncil condemn this horrific and senseless attack in the strongest possible terms. We also offer our continued support to the emergency services who responded so quickly.”