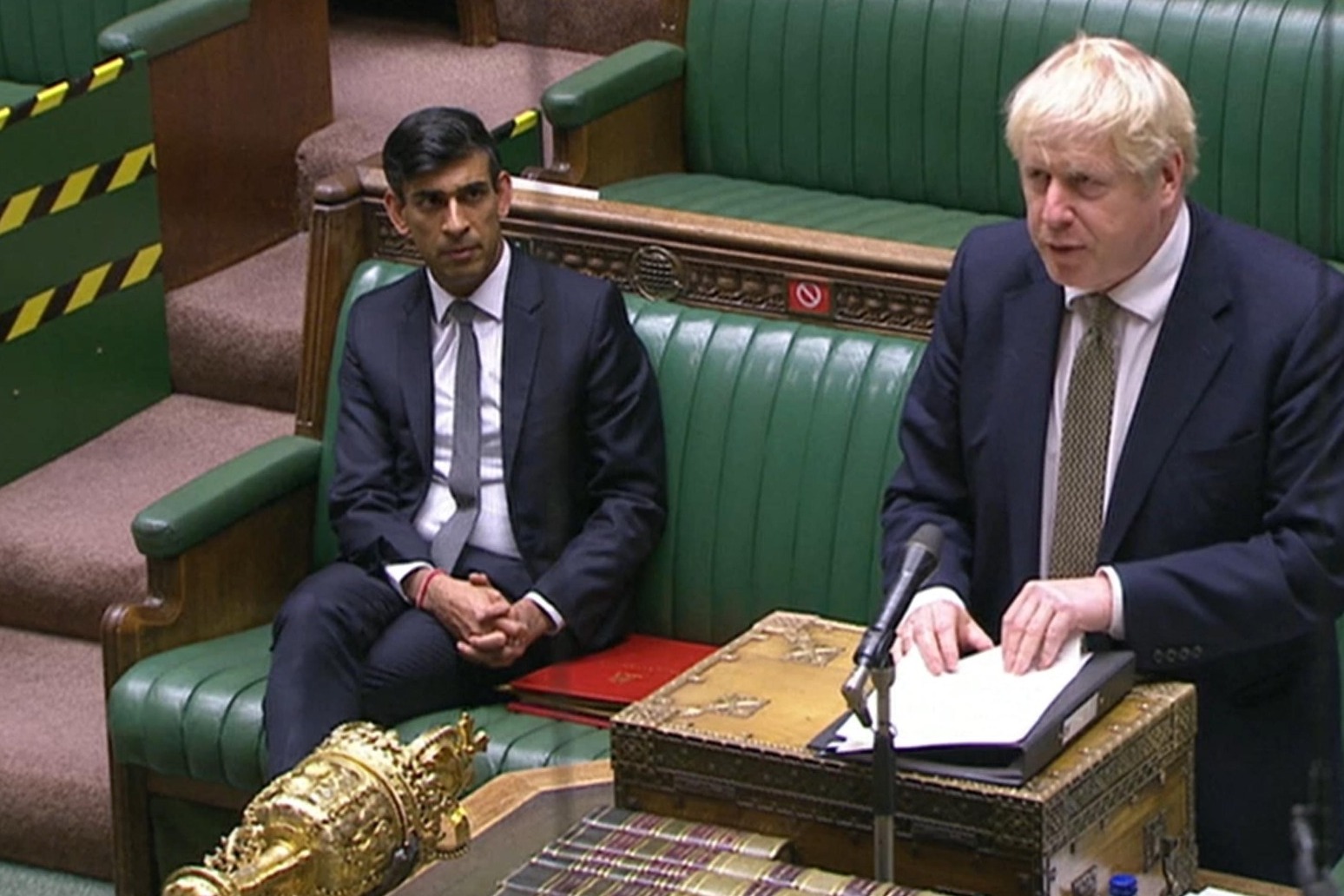 Boris Johnson announced the closure of pubs and bars across Merseyside as he battled to gain control over the coronavirus outbreak.

The Prime Minister launched a three-tier system of local alert levels for England, with the Liverpool city region placed in the most serious “very high” risk category from Wednesday.

Mr Johnson told MPs that the coming weeks and months would “test the mettle” of the country as it faced a second wave of Covid-19 cases.

Under the new arrangements:

– The medium alert level will cover most of England and will consist of the current national measures, including the rule of six and the 10pm curfew.

Most areas which are already subject to local restrictions will automatically move into this category, as well as Nottinghamshire, East and West Cheshire and a small area of High Peak.

– The very high alert level will mean, at a minimum, the closure of pubs and bars and a ban on social mixing indoors and in private gardens.

Areas in the top tier will be able to impose extra restrictions, and in the Liverpool city region this will mean the closure of leisure centres, gyms, betting shops and casinos.

The Prime Minister told MPs: “The weeks and months ahead will continue to be difficult and will test the mettle of this country.”

But he added: “I have no doubt at all that together we will succeed.”

MPs will debate and vote on the measures on Tuesday and the new tiered system will come into effect on Wednesday.

The Prime Minister said talks were continuing with local leaders in the North West, North East and Yorkshire and the Humber about the approach there and the support available if they are placed in the third tier.

“I know how difficult this is – they like us, like everyone in this House, are grappling with very real dilemmas.

“But we cannot let the NHS fall over when lives are at stake.”

He said authorities being placed in the “very high” alert level would gain extra support from Whitehall – including the possibility of military assistance to support local services.

There was £1 billion of new support on offer to local authorities across England, Mr Johnson said.

Measures would be kept under review, with a four-week sunset clause for areas facing the toughest restrictions.

The Prime Minister said new measures were needed because the number of cases has quadrupled in the last three weeks, with more people now in hospital with Covid-19 than when the country went into a national lockdown on March 23.

Mr Johnson defended the approach adopted by the Government in attempting to keep much of the economy open while curbing the spread of the virus.

“This is not how we want to live our lives, but this is the narrow path we have to tread between the social and economic trauma of a full lockdown and the massive human and indeed economic cost of an uncontained epidemic,” he said.

Mr Johnson rejected suggestions that restrictions should be eased, with the virus allowed to spread among younger people but the vulnerable shielded.

The “bleak mathematics” indicated there would not only be an “intolerable death toll” from Covid-19, but the strain would impact other areas of the NHS, causing long-term damage, he said.

Labour leader Sir Keir Starmer said he was “sceptical” whether the Government has a plan to get control of the virus.

The Labour leader said: “The question today is whether the restrictions announced by the Prime Minister can bring the country back from the brink, whether they can regain control of the virus and provide the support and confidence that local businesses and communities need. That is how high the stakes now are.”

Prof Van-Tam said that while cases are rising fastest in northern England, it is of “concern” that they are “heating up” in more parts of the country compared with a week ago.

“There is the spread from those younger age groups into the 60-plus age group in the North West and the North East, and there are rates of change in the same places but also extending a little further south,” he said.

“And this is again of significant concern, because of course the elderly suffer a much worse course with Covid-19, they are admitted to hospital for longer periods, and they are more difficult to save.”

NHS England’s national medical director, Professor Stephen Powis, said: “Sadly, as the number of those infected increases, then so will the number of people who die.

“And that’s why the Government is looking at what other measures could be introduced in the areas where infection is rising the most.”

The temporary Nightingale Hospitals in Manchester, Sunderland and Harrogate are now being mobilised to help with the spike in Covid-19 cases.

And there will be asymptomatic testing of NHS staff in high-risk areas – a move first promised by Health Secretary Matt Hancock in June.