Johnson urges parents to send children back to school despite coronavirus 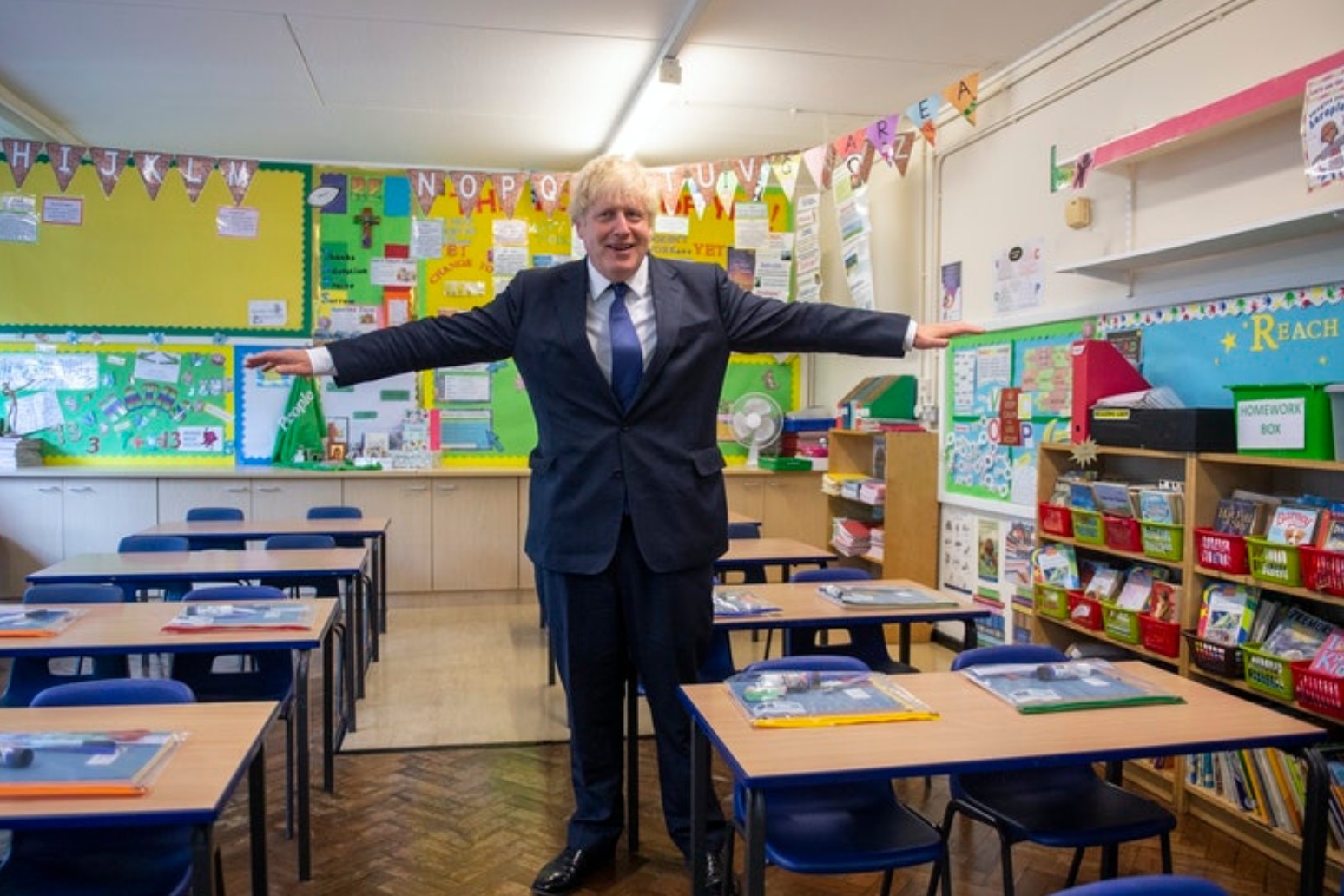 Boris Johnson has issued a plea to parents to send their children back to the classroom when schools reopen next month.

The Prime Minister said the risk of contracting coronavirus in schools is “very small”, and that pupils face greater harm by continuing to stay at home.

Many pupils in England have not been to class since March, when schools were closed except to look after vulnerable children and those of keyworkers.

Schools in Scotland reopened earlier this month, while those in Northern Ireland will welcome pupils again on Monday. English and Welsh schools will follow suit in September.

Mr Johnson said: “I have previously spoken about the moral duty to reopen schools to all pupils safely, and I would like to thank the school staff who have spent the summer months making classrooms Covid-secure in preparation for a full return in September.

“We have always been guided by our scientific and medical experts, and we now know far more about coronavirus than we did earlier this year.

“As the chief medical officer has said, the risk of contracting Covid-19 in school is very small and it is far more damaging for a child’s development and their health and wellbeing to be away from school any longer.

“This is why it’s vitally important that we get our children back into the classroom to learn and to be with their friends. Nothing will have a greater effect on the life chances of our children than returning to school.”

Former Conservative leader Sir Iain Duncan Smith wrote in the Daily Telegraph that the Government “needs to show it governs with a steady hand, based on a clear strategy and message”.

He added: “This battle over schools reopening must see the Prime Minister in the lead, galvanising his inner Churchill.

“It is a fight that if the Government wins, will see the start of an uplift in its fortunes and win it must.”

Mr Johnson’s comments come after the UK’s chief medical officers issued a joint statement seeking to reassure parents that it was safe to send their children back to school.

They said “very few, if any” children and teenagers would come to long-term harm from the virus solely by attending school, while there was a “certainty” of harm from not returning.

A Public Health England (PHE) analysis, published on Sunday, found there were 67 single confirmed cases, four “co-primary cases” (two or more linked cases diagnosed at the same time) and 30 outbreaks of Covid-19 in schools during June.

It said the majority of cases linked to outbreaks were in staff and warned that school staff needed to be “more vigilant for exposure outside the school setting to protect themselves, their families and the educational setting”.

The analysis also said further school closures may be necessary in regions with increasing community infection but this should “be considered only in extremis”.

Dr Shamez Ladhani, paediatric infectious diseases specialist at PHE, who headed the monitoring of England’s schools, told The Times: “We need to educate the educators.

“There’s a clear need for a duty of care outside the school setting so staff need to protect themselves, and in turn other staff and pupils.”

He added: “Staff are very good at social distancing and infection control in the classroom, but upon leaving the school environment these measures are more likely to be broken, potentially putting themselves and their colleagues at risk.”

Education unions have called for greater clarity on how schools should handle a spike in coronavirus cases.

Kevin Courtney, joint general secretary of the National Education Union, said: “Government advice needs to cover the possible self-isolation of bubbles and, in extremis, moving to rotas or to more limited opening.

“It needs to cover advice to heads about the protections needed for staff in high-risk categories if infection rates rise.”

Labour leader Sir Keir Starmer said Mr Johnson’s commitment to get all children back to school was at “serious risk” after a “week of chaos” over exam results.

On Sunday, the Education Secretary defended a trip to see “family in Scarborough” after reports he visited the seaside resort for a holiday the week before the A-level results fiasco.

Mr Williamson wrote on Twitter: “I cancelled our family holiday abroad this year to focus on the challenges Covid-19 created for the education sector.

“Over the summer, I went to see family in Scarborough for the first time since lockdown, and while there I was in constant communication with the Department.”

Mr Johnson is expected to return to Westminster this week after he ended his summer holiday in Scotland, with his fiancee Carrie Symonds and son Wilfred, early.