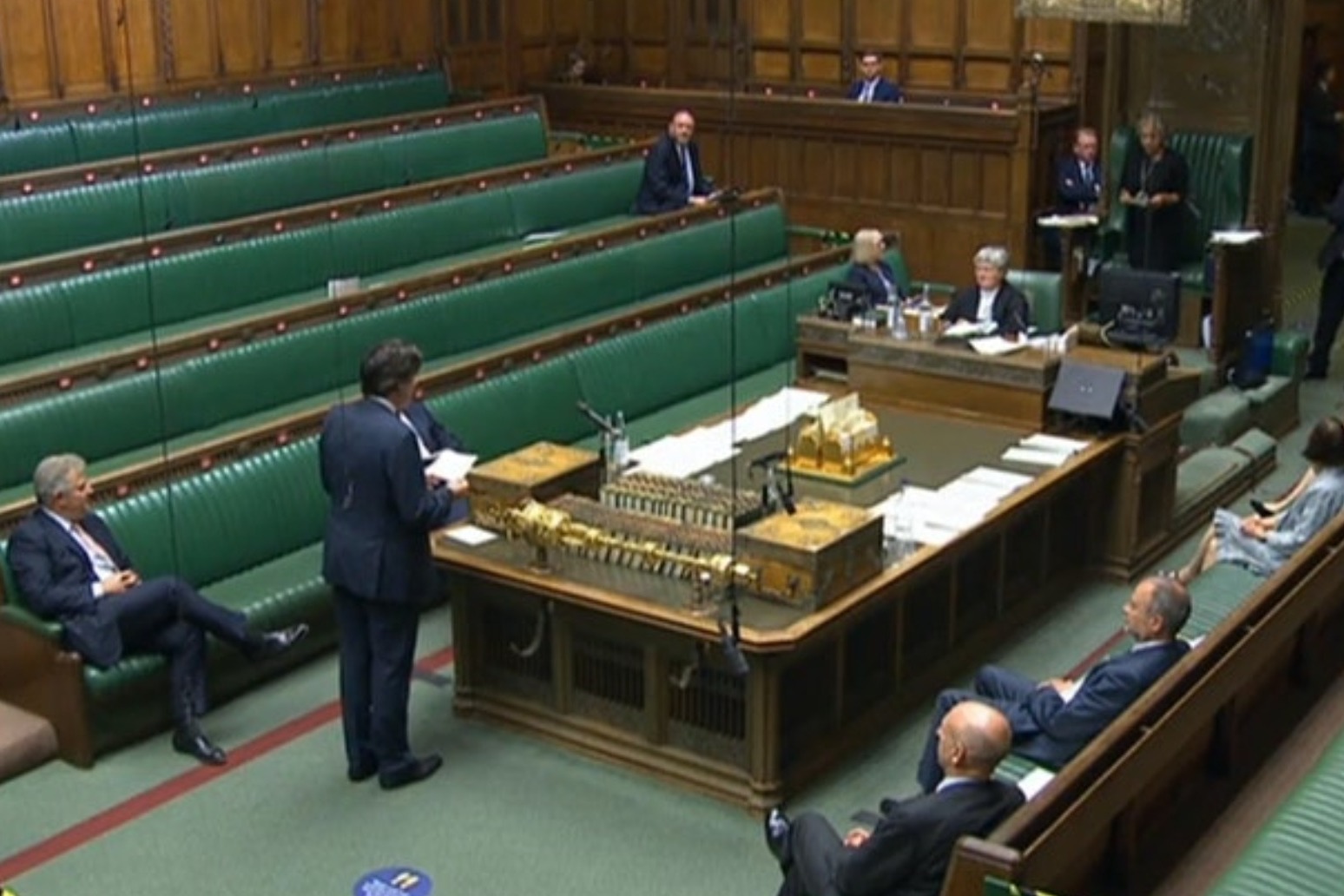 Boris Johnson’s controversial plan to override key elements of the Brexit deal he signed with Brussels has cleared its first Commons hurdle despite deep misgivings by some senior Tories.

MPs voted to give the UK Internal Market Bill a second reading by 340 to 263 – a Government majority of 77.

Two Tory MPs – Sir Roger Gale and Andrew Percy – voted against the Bill, while 30 did not cast a vote although some may have been “paired” with opposition MPs.

The Government tally was bolstered by the support of seven DUP MPs.

The Prime Minister said the legislation was necessary to prevent the EU taking an “extreme and unreasonable” interpretation of the provisions in the Withdrawal Agreement relating to Northern Ireland.

He said some in Brussels were now threatening to block UK agri-food exports to the EU and to insist on tariffs on all goods moving to Northern Ireland from the rest of the UK.

However, some senior Conservatives warned they could not support the legislation in its present form after ministers admitted last week that it breached international law.

MPs will begin detailed line-by-line scrutiny of the Bill on Tuesday, with votes expected next week on amendments to the Northern Ireland provisions which some Tories may back.

Sir Roger acknowledged he was in a “tiny minority” of Conservatives in voting against the Bill but predicted others could rebel when the Commons comes to consider the amendments which have been tabled.

“I took a view that you fight this tooth and nail at every step. Others have quite clearly decided they want to hold their fire. There is much to play for yet,” he told BBC2’s Newsnight.

Even before the debate began, former prime minister David Cameron expressed his “misgivings” and former chancellor Sajid Javid and former attorney general Geoffrey Cox said they could not support the overwriting of the Withdrawal Agreement.

The intervention by Mr Cameron – who said passing legislation which breaks international treaty obligations was “the very, very last thing you should contemplate” – means all five living former prime ministers have spoken out against the Bill.

In the Commons, Mr Johnson – who took the unusual step of opening the debate himself – said the “protective” measures were necessary because the EU was now trying to “leverage” the Northern Ireland protocol in the talks on a post-Brexit free trade deal.

He said Brussels negotiators were threatening to ban the sale of UK agri-food products anywhere in the EU, creating an “instant and automatic” prohibition on the movement of such goods from Great Britain to Northern Ireland.

“Absurd and self-defeating as that action would be even as we debate this matter, the EU still have not taken this revolver off the table,” he said.

Mr Johnson said some on the EU side even wanted to designate all goods moving from Britain to Northern Ireland as being “at risk” of entering the EU single market, making them liable to EU tariffs.

He said it could mean levies of 61% on Welsh lamb, 90% on Scottish beef and 100% on Devonshire clotted cream, and would “carve tariff borders across our own country”.

“We cannot have a situation where the very boundaries of our country could be dictated by a foreign power or international organisation,” he said.

“No British prime minister, no government, no parliament could ever accept such an imposition.”

For Labour, shadow business secretary Ed Miliband – standing in for Sir Keir Starmer who is in coronavirus self-isolation – said Mr Johnson had only himself to blame for signing up to the Withdrawal Agreement.

“Either he wasn’t straight with the country about the deal in the first place or he didn’t understand it,” Mr Miliband said.

“Because a competent government would never have entered into a binding agreement with provisions it could not live with.”

A number of Conservative former ministers made clear that they would not support any measure which breached international law, including Andrew Mitchell, Sir Oliver Heald and another former attorney general Jeremy Wright.

Sir Charles Walker, the vice-chairman of the powerful Tory backbench 1922 Committee, and Wakefield MP Imran Ahmad Khan – a member of last year’s new intake of Conservative MPs – said they would not be supporting the Bill at second reading.

Sir Bob Neill, the chairman of the Commons Justice Committee who has tabled an amendment requiring a vote of Parliament before ministers can exercise the new powers in the Bill, urged MPs to “take the opportunity to change and improve these clauses”.