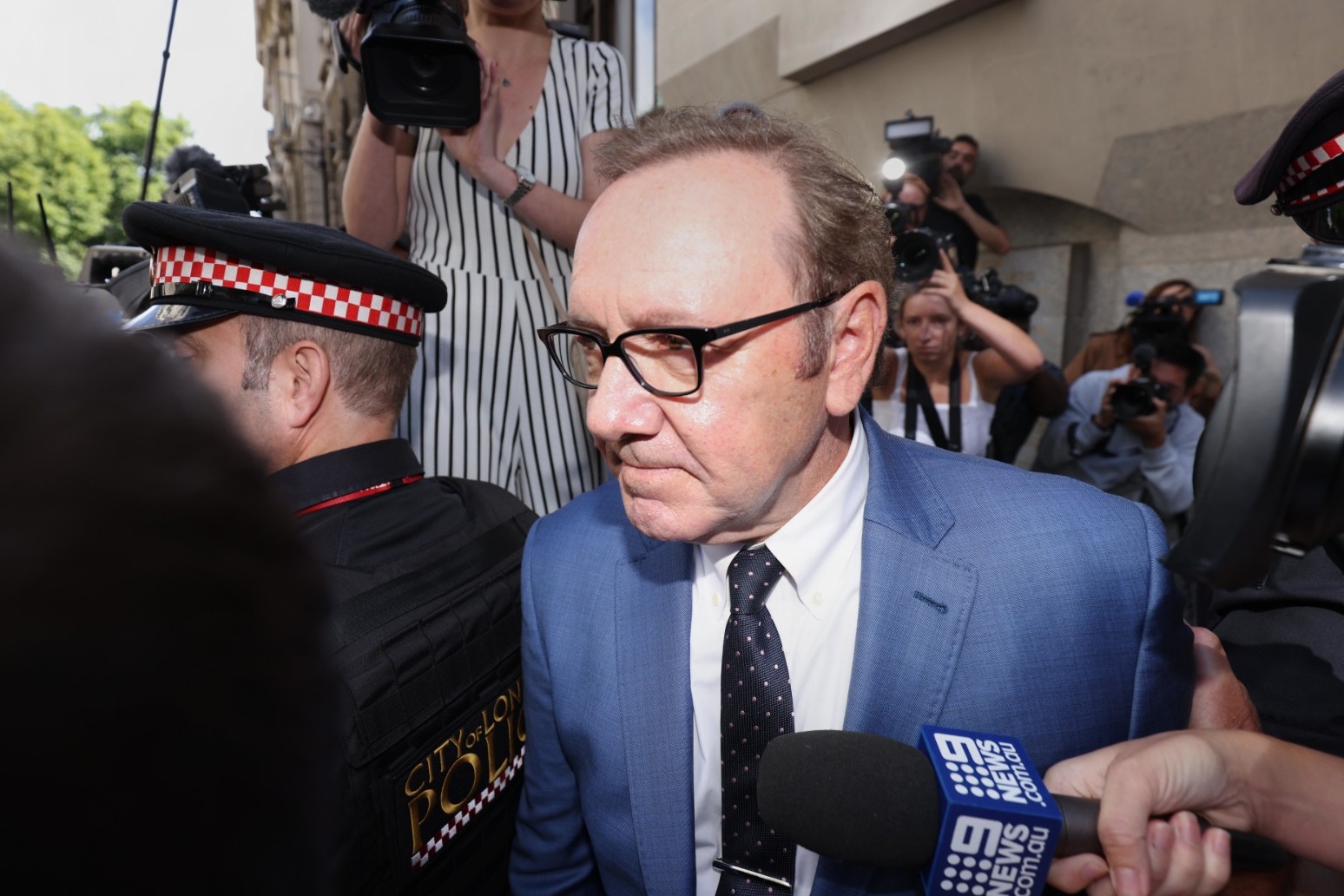 Oscar-winning actor Kevin Spacey is to appear in court accused of a further string of sex offences against a new complainant.

The 63-year-old is charged with sexually assaulting the alleged male victim following reported incidents between 2001 and 2004, the Crown Prosecution Service said.

Seven new charges have been authorised against the Hollywood star – three of indecent assault, three of sexual assault and one count of causing a person to engage in sexual activity without consent.

He is expected to appear at Westminster Magistrates Court via video link.

The new charges take the total against Spacey to 12.

The actor appeared at the Old Bailey in July to deny five allegations relating to three men who are now in their 30s and 40s.

Spacey was granted unconditional bail until a further hearing due to take place next year.

The five alleged offences he has already denied are said to have occurred in London and Gloucestershire between 2005 and 2013.

At the time, Spacey was artistic director of The Old Vic theatre in London.

Mr Justice Wall set a trial of three to four weeks from June 6 next year.

In October, Spacey won a civil lawsuit in the US where he was accused of an “unwanted sexual advance” at a party in 1986.

In that lawsuit, he “categorically denied” the accusations and said he “did not harbour any sexual interest or desire” at the time or since the alleged incident

Spacey, a two-time Academy Award winner, is known for starring in American Beauty, The Usual Suspects and House of Cards.