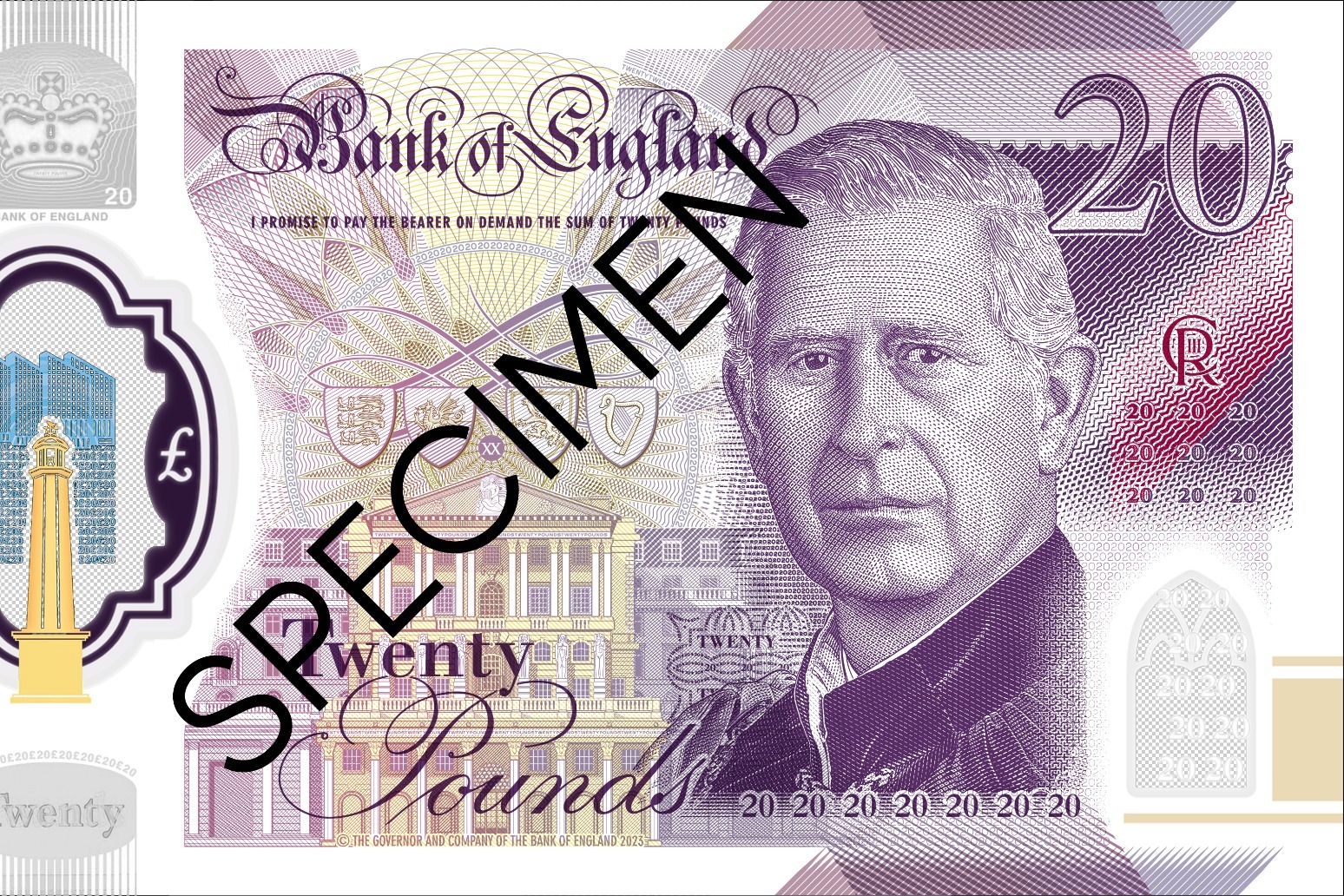 The designs for banknotes featuring images of King Charles III have been unveiled by the Bank of England ahead of their circulation by the middle of 2024.

The Bank said the King’s portrait will be the only change on existing designs of its £5, £10, £20 and £50 polymer plastic notes.

The image of the King will appear on the front of the banknotes, as well as in the see-through security window.

But the Bank confirmed that all existing plastic banknotes featuring Queen Elizabeth II will still be accepted as legal tender, with the public able to carry on using them as normal.

It added that following guidance from the royal household to keep the environmental and financial impact of the change to a minimum, it would only print new banknotes to replace those that are worn and when needed to increase notes in circulation.

This means that notes featuring Queen Elizabeth II and King Charles III will “co-circulate”, according to Threadneedle Street.

Bank governor Andrew Bailey said: “I am very proud that the Bank is releasing the design of our new banknotes which will carry a portrait of King Charles III.

“This is a significant moment, as the King is only the second monarch to feature on our banknotes.

“People will be able to use these new notes as they start to enter circulation in 2024.”