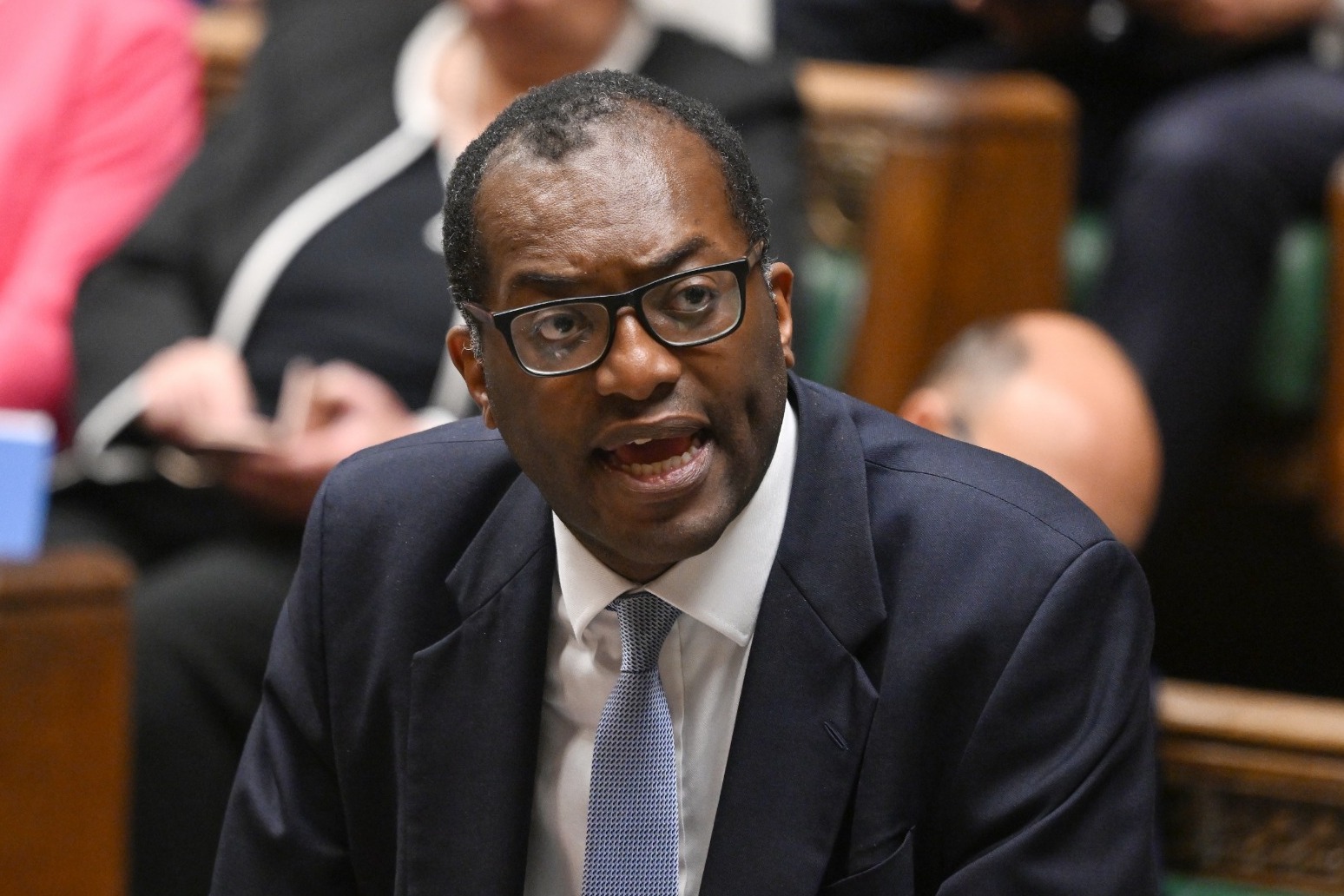 Chancellor Kwasi Kwarteng has denied suggestions he is gambling with the UK economy and insisted the biggest raft of tax cuts for half a century were “absolutely fair” as his mini-budget faced a hostile reception.

The Institute of Fiscal Studies (IFS) said he was “betting the house” by putting Government debt on an “unsustainable rising path”.

The respected financial think tank’s scathing assessment said only those with incomes of over £155,000 will be net beneficiaries of tax policies announced by the Conservatives over the current Parliament, with the “vast majority of income tax payers paying more tax”.

During a visit to a factory in Kent on Friday afternoon, Mr Kwarteng told reporters: “It’s not a gamble.

“What is a gamble is thinking that you can keep raising taxes and getting prosperity, which was clearly not working.

“We cannot have a tax system where you are getting a 70-year high, so the last time we had tax rates at this level before my tax cuts was actually before Her late Majesty had acceded to the throne.

“That was completely unsustainable and that’s why I’m delighted to have been able to reduce taxes across the piece this morning.”

The Resolution Foundation think tank said the Chancellor’s measures would involve an extra £411 billion of borrowing over the next five years.

It said the tax cuts do very little to boost the incomes of those who need it the most, pointing out that someone earning £1 million a year would gain more than £55,220 a year, while someone on £20,000 would gain only £157.

Reaction in the financial markets was quick and punishing as the pound dived to fresh 37-year lows, making imports more expensive.

Larry Summers, a former US Treasury secretary, warned sterling may sink past parity with the dollar.

“It makes me very sorry to say, but I think the UK is behaving a bit like an emerging market turning itself into a submerging market,” he told Bloomberg.

Chief Secretary to the Treasury Chris Philp told BBC Radio 4’s PM programme: “I think when the Chancellor sets out his medium-term fiscal plan, which includes getting debt to GDP falling, then I think markets and others will see that we have a credible and responsible plan”.

The package was announced a day after the Bank of England warned the UK may already be in a recession and lifted interest rates to 2.25%.

That move made Government borrowing more expensive than at any point over the past 13 years.

Amid soaring interest rates, he warned that the Bank of England will surely further hike rates in response to the package.

The Chancellor admitted that the UK is now “technically” in recession, but claimed his tax-cutting measures will ensure the dip is “shallow”.

He told the BBC: “Technically, the Bank of England said that there was a recession, I think it’ll be shallow and I hope that we can rebound and grow.”

“We’ve had two quarters of very little, negative growth and I think these measures are going to help us drive growth.”

Using more than £70 billion of increased borrowing, Mr Kwarteng on Friday set out a package which included abolishing the top rate of income tax for the highest earners.

He cut stamp duty for homebuyers, and brought forward a cut to the basic rate of income tax, to 19p in the pound, a year early, to April, as part of tax cuts costing up to £45 billion annually.

Mr Kwarteng told the Commons tax cuts are “central to solving the riddle of growth” as he confirmed plans to axe the cap on bankers’ bonuses while adding restrictions to the welfare system.

Nearly two thirds of people said in a snap poll that the package would help rich people the most, and only one fifth said they would be better off as a result of the measures.

According to a YouGov survey, 63% believed the tax plans would “mainly benefit the wealthy over the poor”. Only 19% thought the package would leave them better off and 28% predicted they would end up worse off.

Shadow chancellor Rachel Reeves said the strategy amounted to an “admission of 12 years of economic failure” under successive Conservative governments.

The Labour MP likened the Prime Minister and Mr Kwarteng to “two desperate gamblers in a casino chasing a losing run”.

Liberal Democrat leader Sir Ed Davey said: “This was the billionaires’ budget, showing the Conservatives are completely out of touch with families struggling to pay the bills.”

There was also criticism from Tory MPs, with Conservative former cabinet minister Julian Smith saying: “This huge tax cut for the very rich at a time of national crisis and real fear and anxiety amongst low-income workers and citizens is wrong.”

But Mr Kwarteng said: “It’s absolutely fair to reduce people’s taxes and to make sure… that people are going to retain more of what they earn.”

The Chancellor avoided the scrutiny of the independent financial analysts by describing the package as a “fiscal event” rather than a full budget.