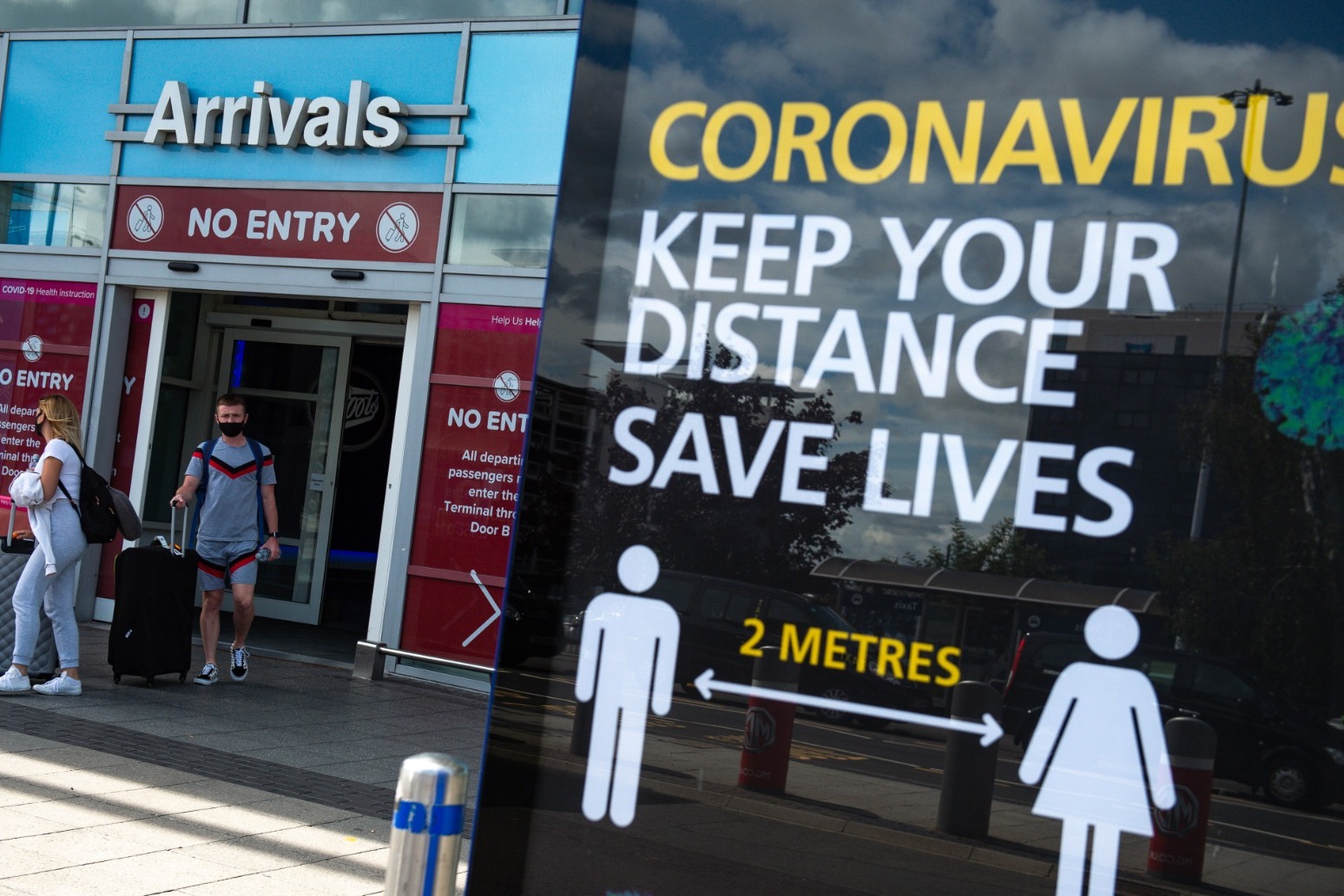 Labour has called on Health Secretary Matt Hancock to explain how cases of Covid-19 will be reduced, after nearly 3,000 new infections were reported in the largest daily figure since May.

Government figures show there were a further 2,988 lab-confirmed cases of coronavirus in the UK as of 9am on Sunday.

This brought the total number of confirmed cases in the UK to 347,152.

Sunday’s figure was the highest since May 22 when 3,287 cases were recorded, and is also the first 24-hour period when cases passed 2,000 since the end of May.

The tally was an increase on Saturday’s figures of 1,813 new cases.

He said on Sunday: “Today’s increase in coronavirus cases is deeply concerning and a stark reminder that there is no room for complacency in tackling the spread of the virus.

“This increase, combined with the ongoing testing fiasco where ill people are told to drive for miles for tests, and the poor performance of the contact tracing system, needs an explanation from ministers.

“Matt Hancock must come to the House of Commons (Monday) to set out what is being done to get testing back on track and bring case numbers down.”

He told Sky News: “The cases are predominantly among younger people, but we’ve seen in other countries across the world and in Europe this sort of rise in the cases amongst younger people leading to a rise across the population as a whole.

“It’s so important that people don’t allow this illness to infect their grandparents and to lead to the sorts of problems that we saw earlier in the year.”

Concerns have been raised that the increase in cases will grow in the coming days as figures released at weekends are typically lower.

Paul Hunter, a professor in medicine at the University of East Anglia, warned the UK could be entering “a period of exponential growth” in the spread of the virus.

He said: “This is especially concerning for a Sunday when report numbers are generally lower than most other days of the week.

“Some of that increase may be because of catch-up from delayed tests over the past few days due to the widely reported difficulties the UK testing service has faced dealing with the number of tests being requested.

“Nevertheless, this represents a marked increase in the seven-day rolling average of 1,812 cases per day compared to 1,244 a week ago and 1,040 a week before that.”

Yvonne Doyle, medical director at Public Health England, said most of the new cases are people tested in the community, and that the situation was being monitored.

She said: “There were broad increases in cases of Covid-19 across England and although no single area accounts for the overnight change, Birmingham had the largest increase in overnight cases and the majority of new cases were in the north of England.

“This is a reminder of the continued risk from this virus. People should continue to follow social distancing rules, wash their hands regularly and wear a face covering in enclosed spaces.”

Despite the sharp increase in cases, the number of deaths has not increased in kind.

The Government said a total of 41,551 people had died in the UK within 28 days of testing positive for Covid-19 as of Sunday, an increase of two on the day before.

“However, with the new approach to recording deaths, it is difficult to be confident that there are timely statistics.”