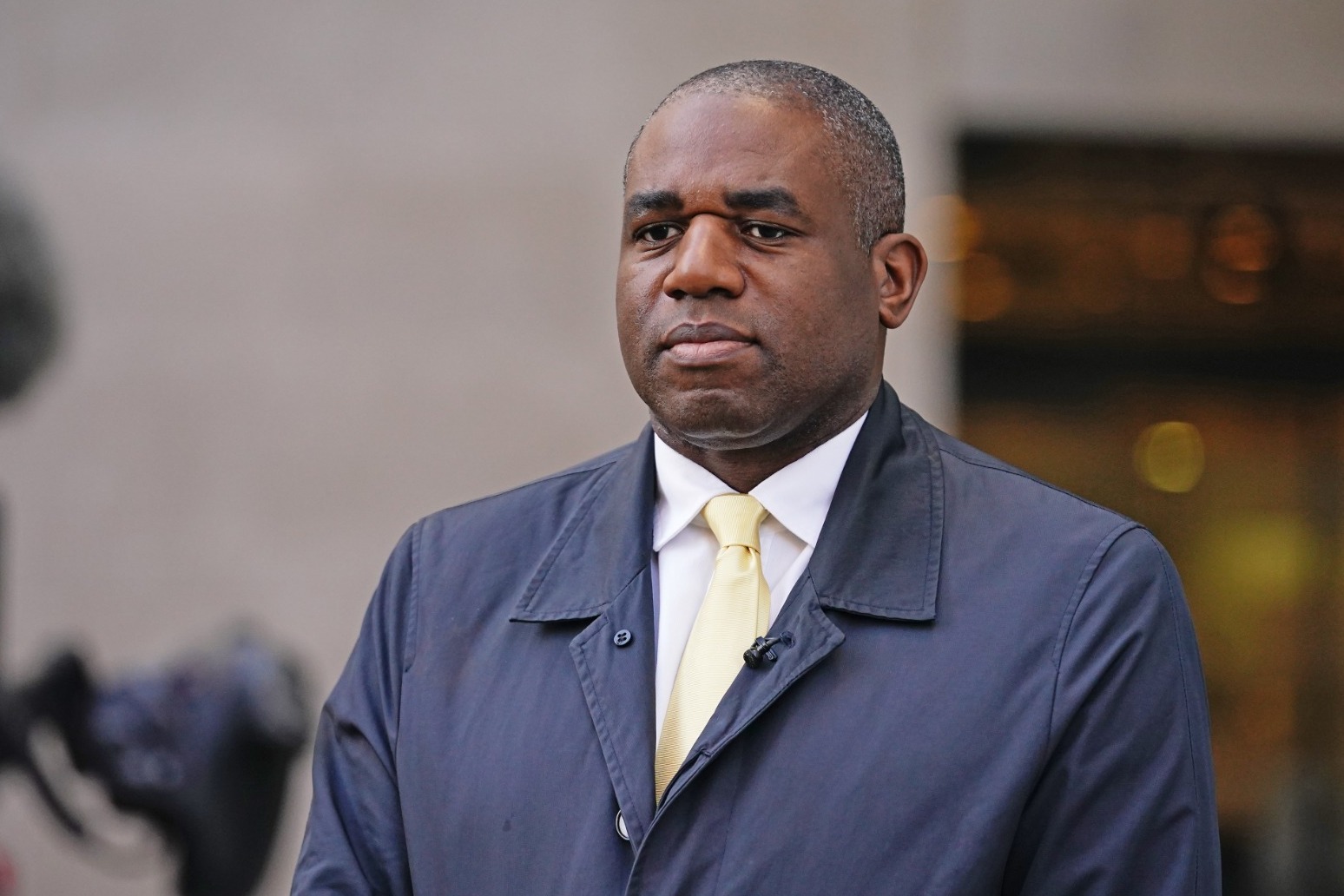 British ministers must hold talks with the Taliban in a bid to influence Afghanistan’s future, a Labour frontbencher has said after she made a “heart-rending” trip to Kabul.

Shadow international development minister Preet Gill said such engagement is not about recognising the Taliban but trying to build an understanding and shape what happens.

The Labour MP urged the Government to visit the country after returning from her trip with shadow foreign secretary David Lammy to see first-hand the humanitarian crisis unfolding in Afghanistan almost a year after the Taliban’s takeover.

They were the first senior British politicians to visit the country since a coalition of international forces, led by the US, completed their withdrawal from Afghanistan at the end of August last year.

Mr Lammy and Ms Gill did not meet Taliban officials or representatives.

Speaking to the PA news agency after her trip, Ms Gill accused the Government of not being interested in what is happening in the Islamic republic.

The Birmingham Edgbaston MP said visiting a hospital in Kabul was “the most heart-rending thing to see”, with most of the beds taken by children with malnutrition.

She blamed the controversial merger of the Foreign and Commonwealth Office with the Department for International Development as the reason behind Afghanistan not being on the Government’s “radar”.

Ministers have been clear that, as a matter of policy, the UK’s engagement with the Taliban should be through officials only – and that has been the shared approach of all G7 partners.

However, Ms Gill insisted it is “absolute nonsense” because the “EU are there” and so are other countries.

She said: “The EU are there. Sweden is there. So many other countries are still there. And of course, the Qataris, and they have their embassies there. And they are engaging and there are regular visits. There was a delegation from India.

“The big takeaway from Afghanistan, from every single person that I met, whether it was an organisation or whether it was the public, is that you must have dialogue with the Taliban. That does not mean you are recognising them, but you are engaging and talking, so you build understanding.”

She added: “The thing that Britain has got to understand is if you don’t have dialogue, how on earth are you ever going to understand or shape and influence what actually happens? That is just an absolute nonsense. The fact of the matter is that it’s not on their radar.”

Ms Gill said she would “absolutely urge” ministers to visit Afghanistan, adding: “You would expect a Government minister to have already done this. The fact of the matter is Labour is leading and not the Conservatives.”

On the departmental merger, Ms Gill said it has “taken too much of their time”, adding: “They are still restructuring the department (FCDO) and they still don’t know what they’re doing.

“And the reason why they are not going there is because they are not really interested. And they’re not engaging because they admitted themselves, when they made those cuts of £3 billion, and then they reduced the budget to 0.5%, they didn’t carry out any impact assessments.

“And what has come out now is that that has cost lives, and who bore the brunt of that? It was disproportionately women and girls programming.

“I went to an hospital, and it was the most heart-rending thing to see because it doesn’t have the kind of equipment that we have here.

“All of the beds were being occupied, mostly children facing malnutrition. So even though they’re getting food, they’re not getting the nutritional value.”

On a visit to a hospital that helps women with maternity rights, she added: “Our Government cut the funding for UN family planning, which helps prevent maternal deaths by 85%.

“So imagine me going to see programmes that I see that are actually saving women’s lives and their babies, providing really important support, being cut back by a government that just doesn’t understand how important some of these basic services are.”

Labour said the trip was facilitated by the United Nations Office for the Co-ordination of Humanitarian Affairs.

Asked why no minister has visited Afghanistan since the fall of Kabul, an FCDO spokesman insisted the UK is taking a “leading role in the humanitarian response to support the people of Afghanistan”.

The spokesman added: “We doubled our aid to £286 million last year and have matched that again this year.

“We also co-hosted an international conference with the UN in March this year, which raised 2.5 billion dollars to respond to the humanitarian crisis.”