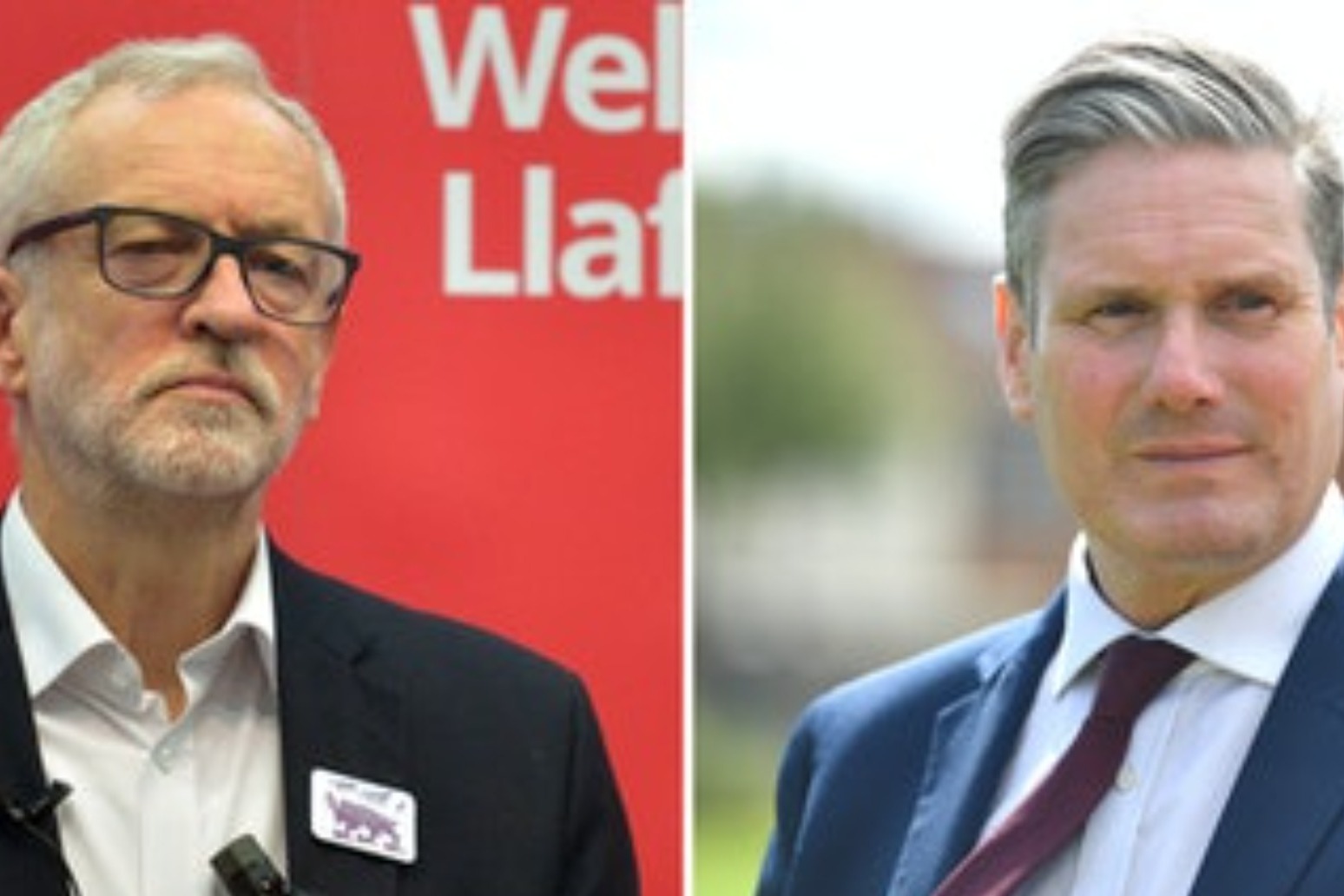 Labour splits have begun to emerge as left-wing supporters rallied to Jeremy Corbyn’s defence following his suspension from the party after a damning investigation into its handling of anti-Semitism. A report by the Equality and Human Rights Commission (EHRC) found the party was responsible for unlawful acts of harassment and discrimination.

Mr Corbyn rejected some of the equality watchdog’s findings and claimed the issue had been “dramatically overstated for political reasons” by his critics – a stance that put him at odds with his successor Sir Keir Starmer and led to him having the whip removed on Thursday.

In a bid for unity following the decision, Mr Corbyn urged members to “stay” and fight internally against any shift to the centre ground.

But the battle lines were drawn as allies openly warned of a potential split, activists relinquished their memberships and Momentum – a campaigning arm of the party during the Islington North MP’s five-year reign – announced there will be a virtual Stand with Corbyn rally on Friday evening.

Encouraging social media followers to join the rally, Momentum posted: “The suspension of Jeremy Corbyn by the Labour Party leadership is a naked attack on the left that undermines the fight against anti-Semitism and makes a mockery of Keir Starmer’s pledge to unite the party.”

In an eventful day for Labour, reports surfaced that deputy leader Angela Rayner contacted Mr Corbyn and his team following his controversial statement on Thursday and called for him to retract his “overstated” comments.

It was his failure to withdraw the remarks that led to Labour suspending him as current leader Sir Keir sought to draw a dividing line between the party now and under Mr Corbyn’s tenure, which ended in April.

The Guardian reported that Mr Corbyn is understood to have spoken to Sir Keir ahead of the EHRC’s report publication on Wednesday evening and was reassured there was no plan to take action against him in light of its findings.

But the situation is understood to have changed after the 71-year-old released his statement, which was published only moments before Sir Keir told a press conference he would not tolerate anyone who denied the scale of the anti-Semitism crisis.

Labour stressed that the decision to suspend Mr Corbyn was taken by its general secretary David Evans, but shadow foreign secretary Lisa Nandy confirmed Sir Keir was briefed beforehand and approved of the move.

Sir Keir told reporters: “I made it clear that we won’t tolerate anti-Semitism or the denial of anti-Semitism through the suggestion that it’s exaggerated or factional and that’s why I was disappointed in Jeremy Corbyn’s response, and that is why appropriate action has been taken, which I fully support.”

But allies of Mr Corbyn have criticised the decision and warned it risked opening up splits.

Unite union boss Len McCluskey called it an “act of grave injustice” which could “create chaos within the party” and put any chance of election success in jeopardy.

“A split party will be doomed to defeat,” he said.

The fallout came on what Sir Keir labelled a “day of shame” for Labour after the EHRC found the party broke equality law over its handling of anti-Semitism complaints.

The EHRC investigation found evidence of “political interference” by then leader Mr Corbyn’s office in the complaints process.

Interim chairwoman Caroline Waters said there had been “inexcusable” failures which “appeared to be a result of a lack of willingness to tackle anti-Semitism rather than an inability to do so”.

The watchdog identified three breaches of the Equality Act relating to political interference in complaints, failure to provide adequate training to those handling anti-Semitism cases, and harassment.

The party has been served with an unlawful act notice and has been given until December 10 to draft an action plan to implement the report’s recommendations. The notice is legally enforceable by the courts if not fulfilled.

The EHRC concluded that the lack of training for people handling anti-Semitism complaints indirectly discriminated against Jewish members until August 2020, by which time Sir Keir Starmer was leader of the party.

Labour has committed to proper training, with the EHRC recommending it should be mandatory and fully implemented within six months.

Recommendations made by the watchdog include commissioning an independent process to handle anti-Semitism complaints.

The EHRC’s lead investigator Alasdair Henderson told a press conference that blame could not be placed on one person alone and the problem went beyond Mr Corbyn, but added that “as leader of the party, and with evidence of political interference from within his office, he does have a responsibility ultimately for those failings”.

The Jewish Labour Movement said blame for the “sordid, disgraceful chapter” in the party’s history “lies firmly with those who held positions of leadership”.

Chief Rabbi Ephraim Mirvis said the report was a “historic nadir for the Labour Party”.