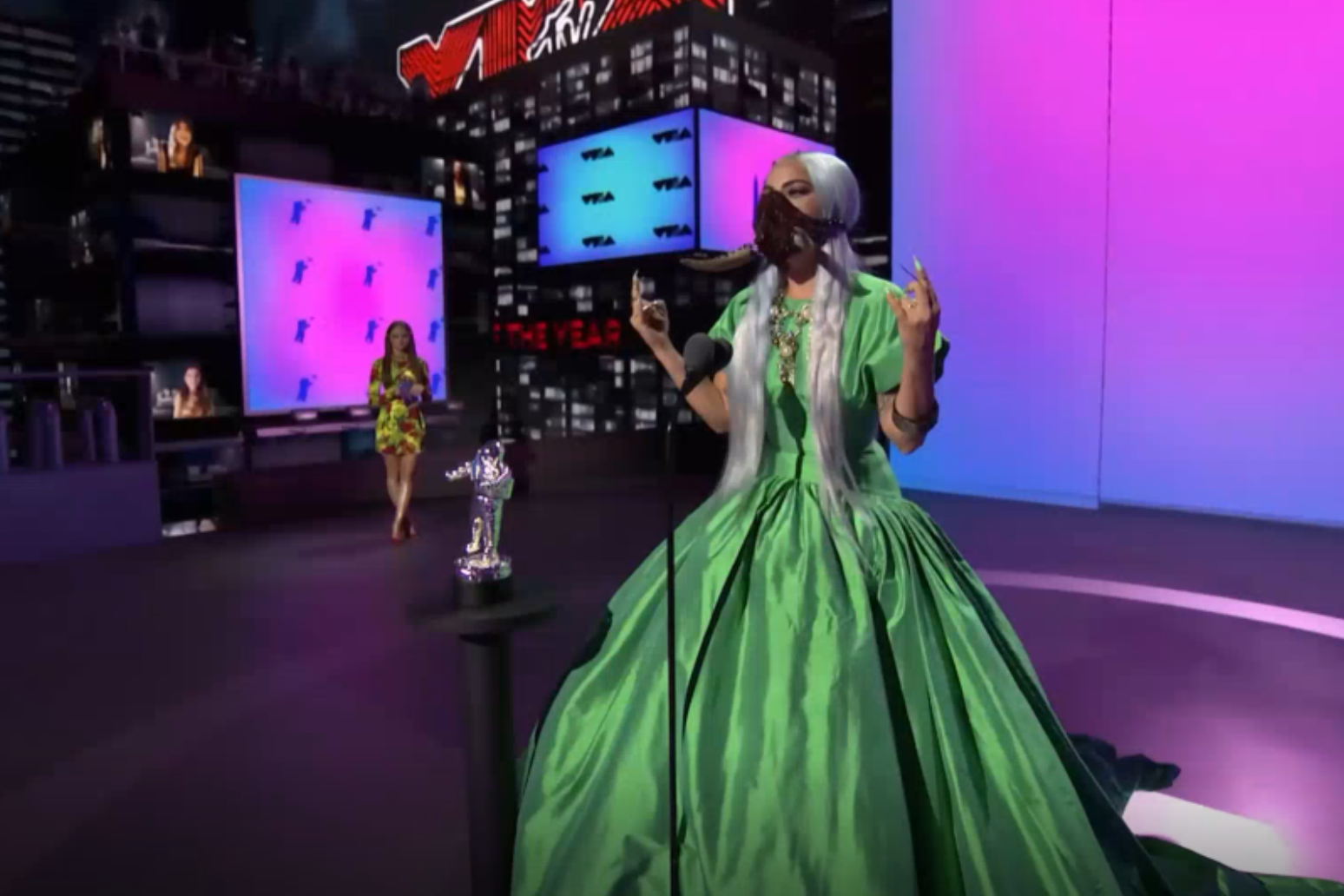 Lady Gaga dominated the MTV Video Music Awards during a ceremony that focused heavily on the deadly impact of the coronavirus pandemic and the social unrest still erupting across the US.

Sunday’s show bore little resemblance to those in previous years, with performances taking place outside and in front of severely limited audiences across New York City’s five boroughs due to the health crisis.

The ceremony was dedicated to Black Panther star Chadwick Boseman, who died on Friday aged 43 following a four-year battle with colon cancer.

Host Keke Palmer said: “He is a true hero, not just on screen but in everything he did. His impact lives forever.”

There was also a tribute to New York’s frontline workers who risked their lives when the city was ravaged by the pandemic while Canadian singer The Weeknd used his acceptance speech for the coveted video of the year award to demand justice in the cases of two African Americans shot by police.

The final words of the evening were “black lives matter”.

Gaga’s wins included artist, song and collaboration of the year, as well as the first ever MTV Tricon Award, in recognition of her achievements in music, fashion and acting.

“I want to share this award with everybody at home tonight. Everybody that is their own form of a Tricon,” she said, before reflecting on a year disrupted by pandemic and social unrest.

“This has not been an easy year for a lot of people, but what I see in the world is a massive triumph of courage,” Gaga, who wore a mask throughout the night, said.

“Just because we’re separated right now and culture may feel less alive in some ways, I know a renaissance is coming and the wrath of pop culture will inspire you and the rage of art will empower you as it responds to hardship with its generosity and love. This is what I believe. I want nothing more than to be your artist in 2020, it’s a total privilege.

“I love you, stay safe, speak your mind and I might sound like a broken record, but wear a mask, it’s a sign of respect.” Mask wearing has emerged as a contentious issue in parts of the US.

On an earlier appearance on stage to collect the artist of the year prize, an emotional Gaga said: “Being an artist is the only thing I’ve ever wanted to be in my whole life. I never wanted to be anything else.”

Before the show, the stars walked a socially distanced red carpet lacking its usual bustle and energy, an early sign that this year’s VMAs would be different to those before it.

The Black Eyed Peas closed out proceedings, with one of the group saying “Wakanda forever”, the phrase that encapsulated the black pride generated by Black Panther, as well as “black lives matter”.

And ahead of November’s presidential election, which is being billed as the most important for a generation, there was a call for fans to vote.

Despite the heavier than usual tone, the youth-focused VMAs still contained references to some of the biggest pop culture moments of the year, including Cardi B and Megan Thee Stallion’s viral WAP music video and Netflix’s wild documentary series Tiger King.

Gaga and Grande, who won Moon Person trophies for best collaboration and best song for their dance-infused duet Rain On Me, celebrated their success with the world premiere televised performance of the track.

The pop titans both wore masks as they took to the stage. After Grande departed, Gaga sat at a brain-shaped piano and performed Stupid Love.

Acknowledging her other nominations, Gaga said winning song of the year gave her most satisfaction.

She said: “Winning for best song has to be my favourite because at the end of the day, my heart is as a songwriter and I surely didn’t ask for a free ride.”

The Weeknd picked up the coveted video of the year award for Blinding Lights and used his time on stage to repeat an earlier demand for “justice” for two African Americans shot by police.

Jacob Blake has been paralysed from the waist down after being shot by officers in Wisconsin this month while Breonna Taylor was killed in Kentucky in March.

Both cases have fuelled protests against police brutality. The Weeknd struck a sombre tone and said he did not feel like celebrating the win.

Best music video from home, one of two new categories brought in to reflect the post-Covid-19 world, was won by Grande and Justin Bieber for Stuck With U while pop titan Taylor Swift won best direction for The Man music video, her hit about industry sexism.

The award was voted for by industry figures, and Swift thanked voters and her fans “because you are the only reason why the industry cares about anything I do”.

H.E.R won video for good for I Can’t Breathe while K-pop superstars BTS won best pop for On.