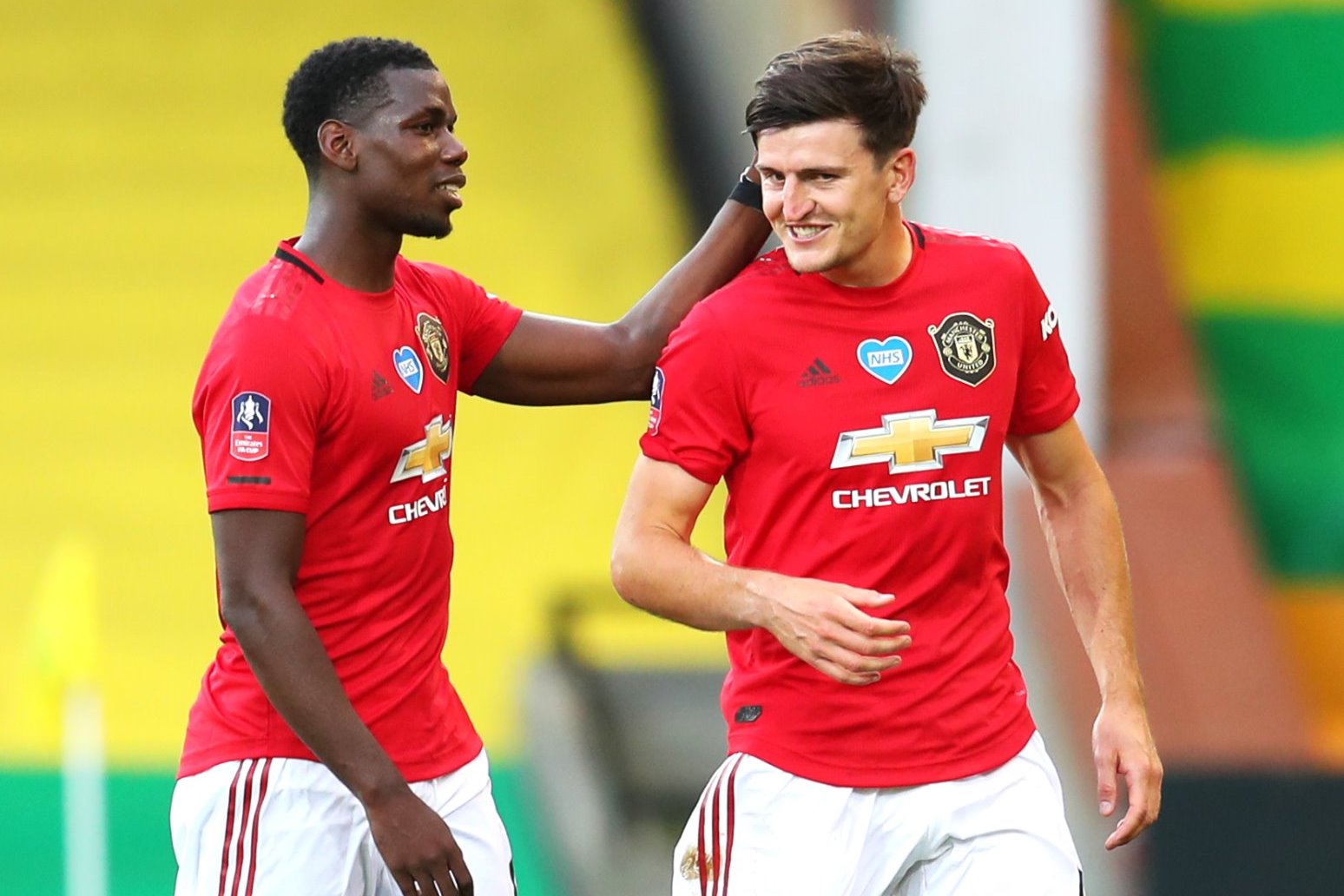 Harry Maguire sent Manchester United into the FA Cup semi-finals as they made hard work of their extra-time victory at 10-man Norwich.

The Red Devils became the first side to secure their place in Sunday’s draw as they edged past the Canaries, who were dreaming of Wembley on their first quarter-final appearance since 1991-92.

Norwich were just minutes away from a penalty shootout after holding firm in extra-time following Timm Klose’s sending off, but Maguire directed home at the death to seal a hard-earned 2-1 win at Carrow Road.

Much-changed United were made to dig deeper than they could have imagined by the Premier League’s bottom side, who rallied impressively after falling behind to Odion Ighalo’s smart swivelled finish early in the second half.

Todd Cantwell levelled in the 75th minute when beating Sergio Romero from distance and Daniel Farke’s side looked capable of snatching it before Klose was sent off for wrestling Ighalo to the ground.

Norwich took the game to extra-time and Tim Krul put in an inspired performance between the sticks, but the penalty specialist was denied a chance to win another shootout when Maguire directed home in the 118th minute.

Solskjaer’s eight alterations from the impressive 3-0 midweek win against Sheffield United removed any semblance of coherence and momentum during a first half that felt more like a friendly than a shot at the FA Cup semi-finals.

There was precious little intensity and drive from either side during a desperate first period in which United failing to find the target with their eight attempts and Norwich failing to test back-up goalkeeper Sergio Romero with their five.

Maguire’s block when Lukas Rupp let rip late on was the best chance of a lacklustre occasion brought to life six minutes into the second half.

Luke Shaw made room down the left and crossed for Juan Mata, whose deflected effort looped up and Ighalo swivelled to smartly direct past Krul.

The Nigeria international showed great technique to turn home his fifth goal in four starts, with Jesse Lingard seeing an attempt blocked before being replaced by Marcus Rashford.

But as the visitors looked to put the tie to bed, Norwich began to look more dangerous and Alexander Tettey met a free-kick with a header inadvertently blocked by team-mate Ben Godfrey.

It was a warning shot that Solskjaer’s men failed to heed as Cantwell took aim from 25 yards and perhaps too easily beat Romero.

Greenwood tried to quickly put United back in front and Paul Pogba was introduced, but Farke’s side were in the ascendancy as Romero dealt with a threatening cross and Emi Buendia struck across the face of goal.

Brandon Williams produced a timely block to thwart Onel Hernandez, but Norwich’s hopes took a major blow just as their momentum was building.

Bruno Fernandes’ inspired flick put Ighalo through on goal, with Klose given a straight red card by referee Jon Moss after grabbing hold of the striker to prevent him going through on goal in the 89th minute.

United were unable to hurt Norwich from the resulting free-kick, with Krul impressively denying Pogba and Greenwood in quick succession to take the match into extra-time.

Norwich had their backs to the wall when play resumed.

Rashford and Pogba were denied in the first period, which saw United become the first team in English football history to make six substitutions in one match as Solskjaer turned to Anthony Martial.

Krul produced a brilliant save to prevent Maguire heading home in the second period, with Fernandes testing the Norwich keeper from distance as United upped the ante.

But just as the Canaries looked set to hold out for spot-kicks, Pogba’s smart pass caused havoc and the ball eventually fell for Maguire to direct home from six yards out.