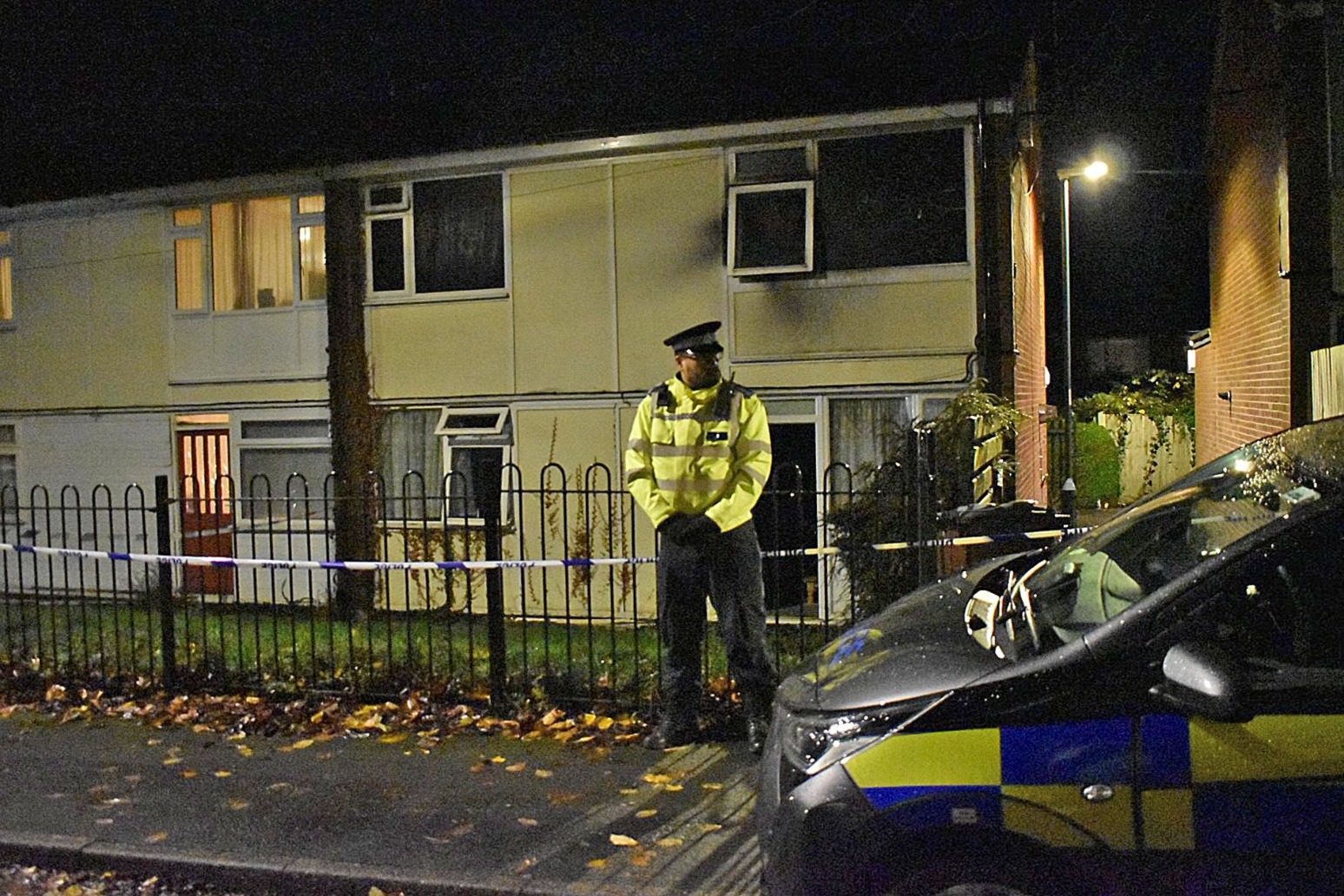 The 31 year old is being questioned on suspicion of murder

A man has been arrested on suspicion of murder after two young children died and a woman was left critically injured in a fire at a flat in Nottingham.

The blaze broke out in the first-floor flat of a two-storey building in Fairlisle Close, Clifton, at around 3.17am on Sunday.

A woman, thought to be in her thirties, and two children, aged three and one, were treated at the scene for smoke inhalation before being taken to the Queen’s Medical Centre in Nottingham.

The two children were pronounced dead at the hospital, Nottinghamshire Police said, while the woman remains in a critical condition.

A 31-year-old man from Clifton was arrested on Sunday evening on suspicion of murder and attempted murder, detectives said. He remained in custody for questioning overnight.

Detective Chief Inspector Greg McGill, who is leading the investigation, said: “This is a deeply tragic incident and we have a large team working tirelessly to understand the full circumstances.

“Whilst we have now made an arrest, the investigation remains at an early stage and we are continuing to appeal to anyone who has even the slightest bit of information, or even CCTV or dash-cam footage, to please come forward.”

The fire was extinguished at around 4am. Neighbouring buildings were temporarily evacuated during the incident.

A local resident, who asked not to be named, was alerted by a fire engine’s lights while watching a film, and then saw smoke billowing from the rear windows of the first-floor flat.

He told reporters: “I saw the blue lights and smoke was coming out of the top windows.”

The eyewitness said the older child was brought out of the property first, with the one-year-old being carried out by a single firefighter shortly afterwards.

Estimating that CPR was then carried out at the scene for around 20 minutes, the man added: “It was dark and raining and with the smoke I couldn’t see what was happening behind the fire engine.

“It’s sickening. I feel so sorry for the family. How is she going to feel when she finds out she’s lost the children?”

Inspector Ben Lawrence, who has led reassurance patrols in the local community following the fire, added: “These are clearly very sad circumstances and our thoughts continue to be with the family of those involved.

“This has also been an extremely traumatic event for the local community, especially for neighbours who have been left shocked and deeply saddened by the deaths of two very young children.

“We’ve increased reassurance patrols in the area and if anyone has any concerns we’d encourage them to speak to one of our officers.”

Nottingham City Council leader, Cllr David Mellen, said: “I am so saddened to hear this tragic news. The loss of two young children is completely heartbreaking.

“We’ll do all we can to support the family and community at this deeply upsetting time.”

Anyone with any information has been asked to contact Nottinghamshire Police online, or by calling 101 and quoting incident 0110_20112022.