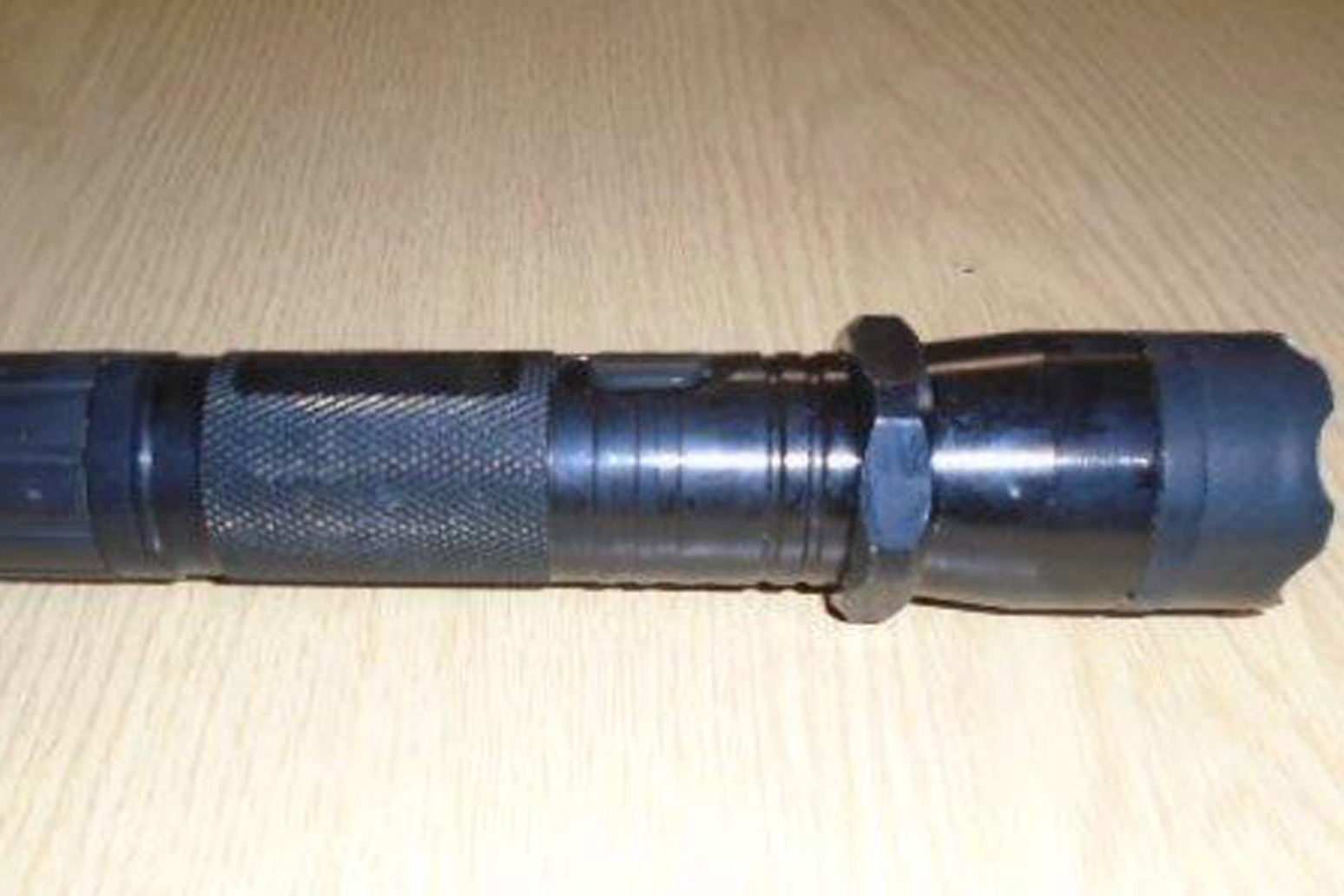 Scots have been warned that stun guns bought online and imported are classed as prohibited firearms after a man was jailed for five years for using a taser in a children’s skatepark.

Jamie Garrity, of Prestonpans, East Lothian, was sentenced after being found guilty of discharging the taser disguised as a small torch in June 2020 at the High Court in Edinburgh on Monday, the Crown Office said.

The 35-year-old was found guilty after a trial earlier this year, which was told he walked towards a teenage boy in a town skatepark carrying a “black, cylindrical metal object” measuring about nine inches in length.

Prosecutors told the court Garrity was “showing off” and said he had been witnessed sparking the taser “20 or 30 times”.

Procurator Fiscal Ruth McQuaid welcomed his five-year sentence, and said it should send out a strong message over the use of stuns guns disguised as everyday items.

“It’s important that people who shop online for these items realise that, under the law, they are regarded as prohibited firearms,” she said.

“They are dangerous and carry a severe risk of serious injury if discharged in public places.

“This sentence reflects the gravity of the offence, and we would urge people to be aware of the legal implications of buying them.”

During Garrity’s trial at the High Court at Livingston in October, the court was told the youth he approached heard a “distinctive crackling noise” which he instantly recognised as the sound of a taser being discharged.

Prosecutors told the court that Garrity was “showing off” and trying to intimidate the witness, who immediately called his father.

When the teenager’s father arrived at the park, the Crown Office said the accused was seen talking to a woman and heard the taser being discharged between 20 and 30 times.

Two police officers later apprehended the accused and recovered the stun gun, which had been thrown away and was recovered from bushes.

The gun was later found to be in working order, with an audible and visible display of sparks occurring between electrodes when discharged.

Prosecutors told the court Garrity’s DNA was also found on the gun.

He was also convicted of making a homophobic remark to a police officer.