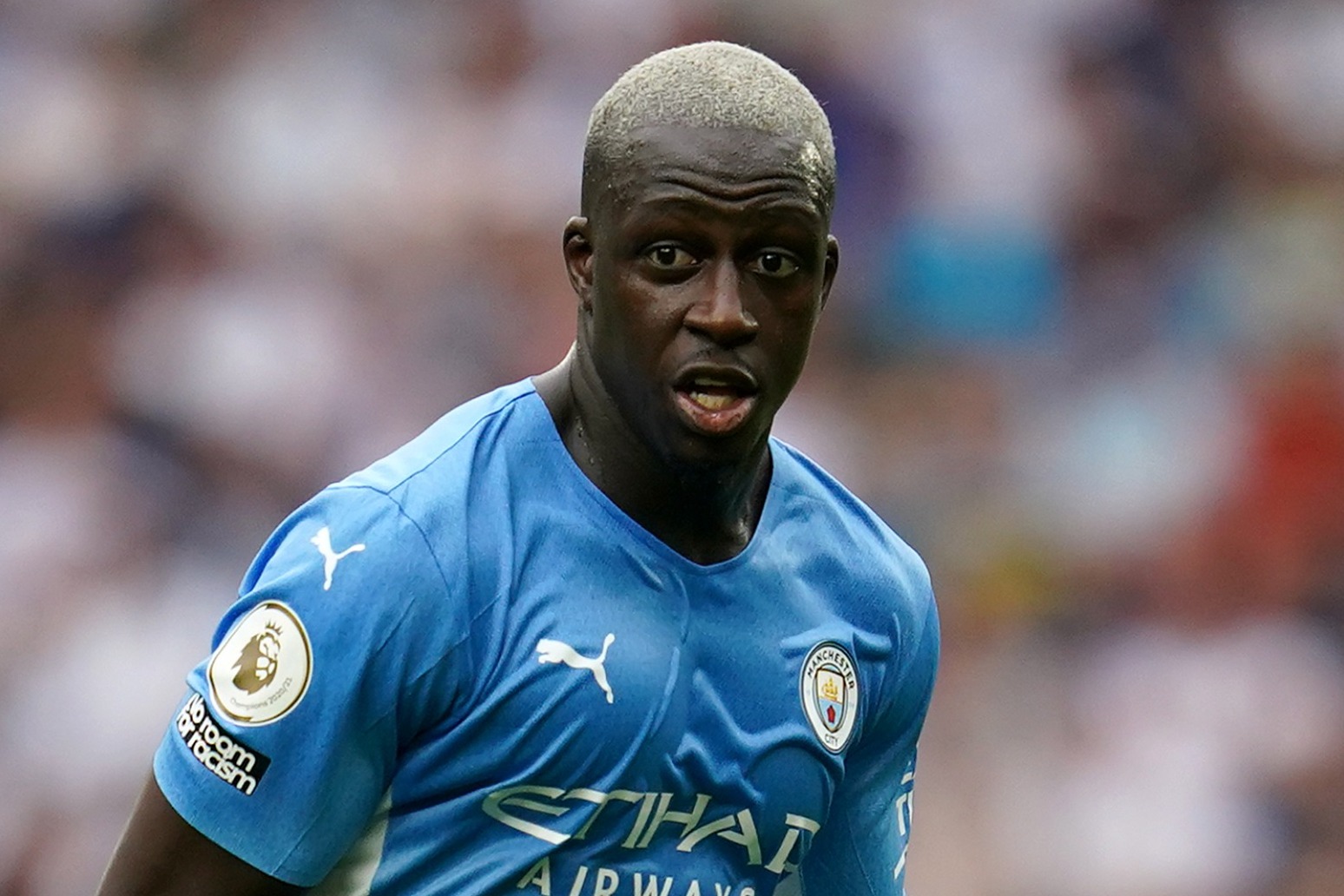 It follows a six-month trial at Chester Crown Court

Premier League footballer Benjamin Mendy has been cleared of sex attacks on four women following a six-month trial, as prosecutors sought a retrial over two other allegations.

The Manchester City star, 28, sitting in the dock at Chester Crown Court, covered his face with both hands, gently rocking back and forth, as the jury foreman, delivering the verdicts in a hushed courtroom, repeated “not guilty” to six counts of rape and one count of sexual assault, relating to four young women or teenagers.

The unanimous verdicts were delivered on Wednesday by the seven men and four women on the jury, one juror having been discharged earlier for medical reasons.

The verdicts could not be reported until jurors concluded considering the remaining two counts, after they were given a majority direction by Judge Steven Everett, meaning he would accept a 10-1 majority on any verdict.

But after 14 days of deliberation, jurors could not reach verdicts on Mendy’s alleged attempted rape of a woman, 29, in 2018 and the rape of another woman, 24, in October 2020.

Judge Everett discharged the jury on Friday, ending the trial.

Louis Saha Matturie, 41, his co-accused and alleged “fixer” was found not guilty by the jury of three counts of rape relating to two teenagers.

Both had been on trial since August 10, accused of multiple sexual offences by 13 women.

Matthew Conway, prosecuting, said the prosecution will seek a retrial on the counts the jury could not reach verdicts on.

He said: “The prosecution has made a decision. We have made a decision today, which is to proceed on these counts in two separate trials and we seek today a provisional case management.”

The allegations and trial had been “absolute hell” for Mendy, the court heard, and his life in football “is over” as he would “never escape” the accusations.

Mendy had been accused of being a “predator” who turned the pursuit of women for sex into a game, his trial heard, drinking champagne in VIP areas of Manchester nightclubs before inviting young women into “toxic and dangerous” situations at “after-parties” at his £4.7 million Cheshire mansion in Mottram St Andrew, near Prestbury.

But jurors were also told by defence lawyers that while the trial, involving money, sex and celebrity, had “all the makings of a good drama”, it came with a significant “plot twist” – the accused were innocent.

Lockdown-busting parties were held both at Mendy’s home and an apartment he rented on Chapel Street near Manchester city centre, the court heard.

He was first arrested in November 2020 after the alleged triple rape of the 24-year-old woman at his home the previous month.

Mendy was released under investigation before he was later accused of sexually assaulting another woman, aged 24, two months later, and while on police bail for that offence, was later accused of the rape of three other women, one aged 17 – all offences of which he was cleared.

Mendy was suspended by his club in August 2021, after he was charged with rape.

Timothy Cray KC, prosecuting, said the footballer, a man with money, power and privilege, thought about what was “in his pants” and that was why he got it “terribly wrong” in believing women were consenting to sex.

Lisa Wilding KC, representing Matturie told jurors it was “chillingly easy” to make false allegations and suggested all the women involved, all in some way connected through friendships, social media connections or by attending parties.

Lawyers for both men suggested while the trial began with claims Mendy and Matturie were “predators” and “monsters”, each allegation was “riddled with inconsistencies and flaws”.

Jurors were told not to take a “moralistic” approach to the defendants’ sexual lifestyles, and the approach of Cheshire Police was also criticised in court.

Eleanor Laws KC, defending Mendy, suggested “regret” at having “quick, animalistic sex” is not the same as being raped.

Ms Wilding said the sexual habits and lifestyles of the defendants did not make them rapists, and that women over the last 40 years had earned sexual equality, however that is expressed.

She said complainants in this case had actively pursued sex with men they hardly knew and that is their right – but it can come with hurt and embarrassment after.

Mendy had denied seven counts of rape, one count of attempted rape and one count of sexual assault against six young women, between October 2018 and August 2021.