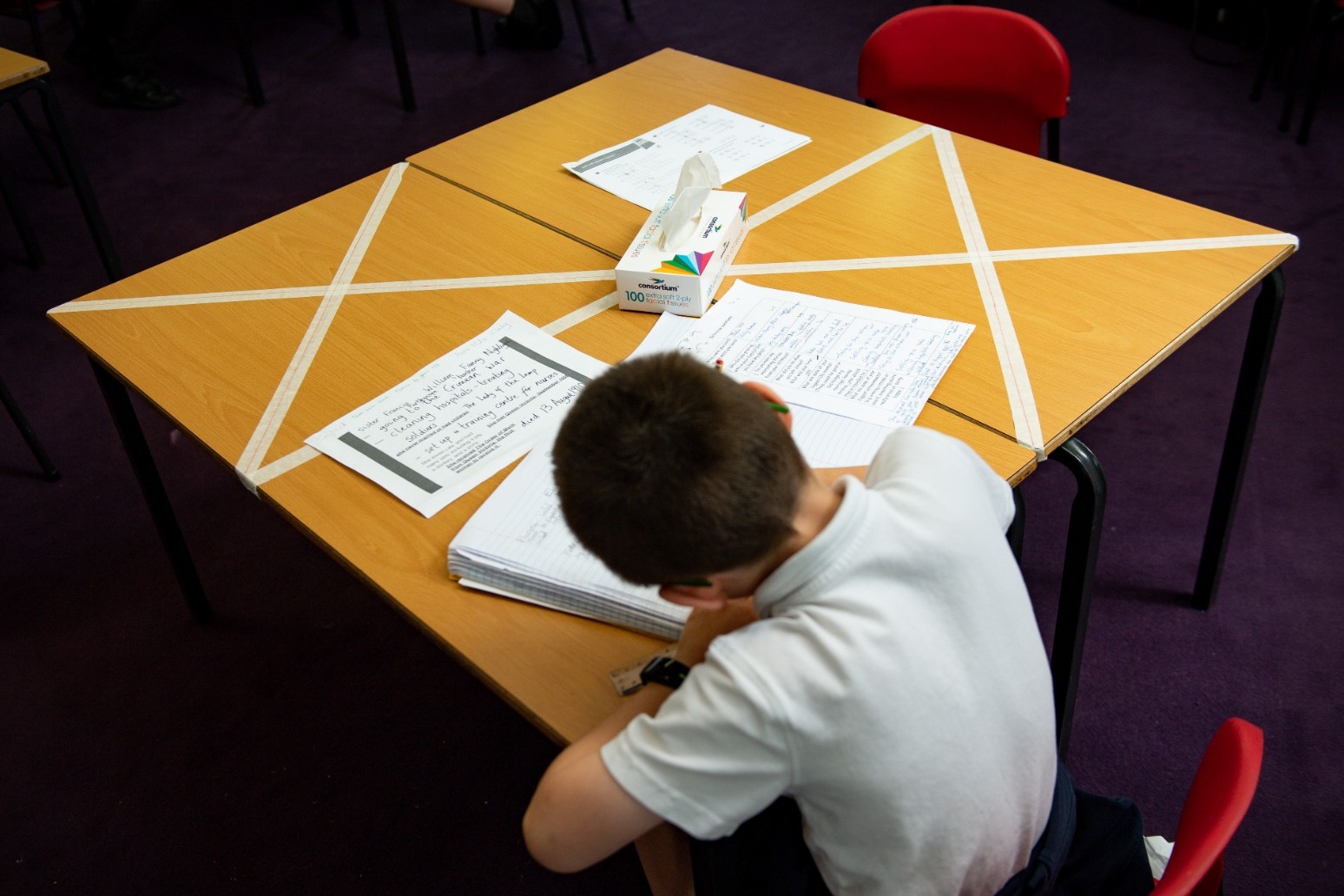 Ministers are launching a new drive to persuade parents that it will be safe for their children to return to the classroom in September.

The #backtoschoolsafely campaign will highlight the measures being put in place to minimise the risk of coronavirus transmission.

With most pupils having been away from the classroom since March, the move comes amid concerns among some families about the potential risks when children start the new term.

The campaign – involving newspaper, digital, radio and billboard adverts – will emphasise the importance of organised learning to children’s development.

It will point to guidance, endorsed by Public Health England, to ensure schools are Covid-secure – including staggered break times, increased hygiene and hand-washing and keeping pupils in consistent groups.

At the same time, staff and pupils are being encouraged to walk or cycle to school whenever possible.

Getting schools back in September is being seen as a key test for Education Secretary Gavin Williamson, already under pressure after thousands of students had their A-levels downgraded.

He has already been forced to abandon a pledge to get some primary school pupils in England back before the summer holidays, and a second failure could be fatal for his political prospects.

Speaking ahead of the campaign launch on Monday, Mr Williamson said: “The Government is committed to doing everything necessary to deliver on our national priority of all students returning to schools and colleges in September.

“All children deserve to be back in school as it is the best place for their education and well-being.

“I know families are growing more confident that schools and colleges are ready and waiting to get back to teaching, with the right protective measures in place.

“As the start of term approaches, now is the time for families to think about the practicalities of returning to school in September, whether that’s reassuring themselves that school is the best place for their child to be, or planning the school run to avoid public transport where possible.”

However, shadow education secretary Kate Green said it was essential the Government had a fully effective Test and Trace programme in place if parents were to have the confidence to send their children back.

“Labour has repeatedly called for every child to be safely back in school by September, but it has taken the Government until now to realise that it has failed to reassure parents and teachers,” she said.

“Their slow and chaotic handling of school reopening puts the education and well-being of a generation of children at risk.

“We need to see a credible plan for getting children back next month, which includes getting Test, Trace and Isolate up to scratch, and ensuring pupils and staff are safe and feel confident.”

However Paul Whiteman, general secretary of the NAHT head teachers’ union, welcomed the announcement of a public information campaign.

“Everyone wants to see children back in schools as soon as possible, but the success of this will depend largely on what happens in wider society and will be a gigantic national team effort,” he said.

“It is very important that everyone understands the part they will play, what their responsibilities are and what to expect in September.”