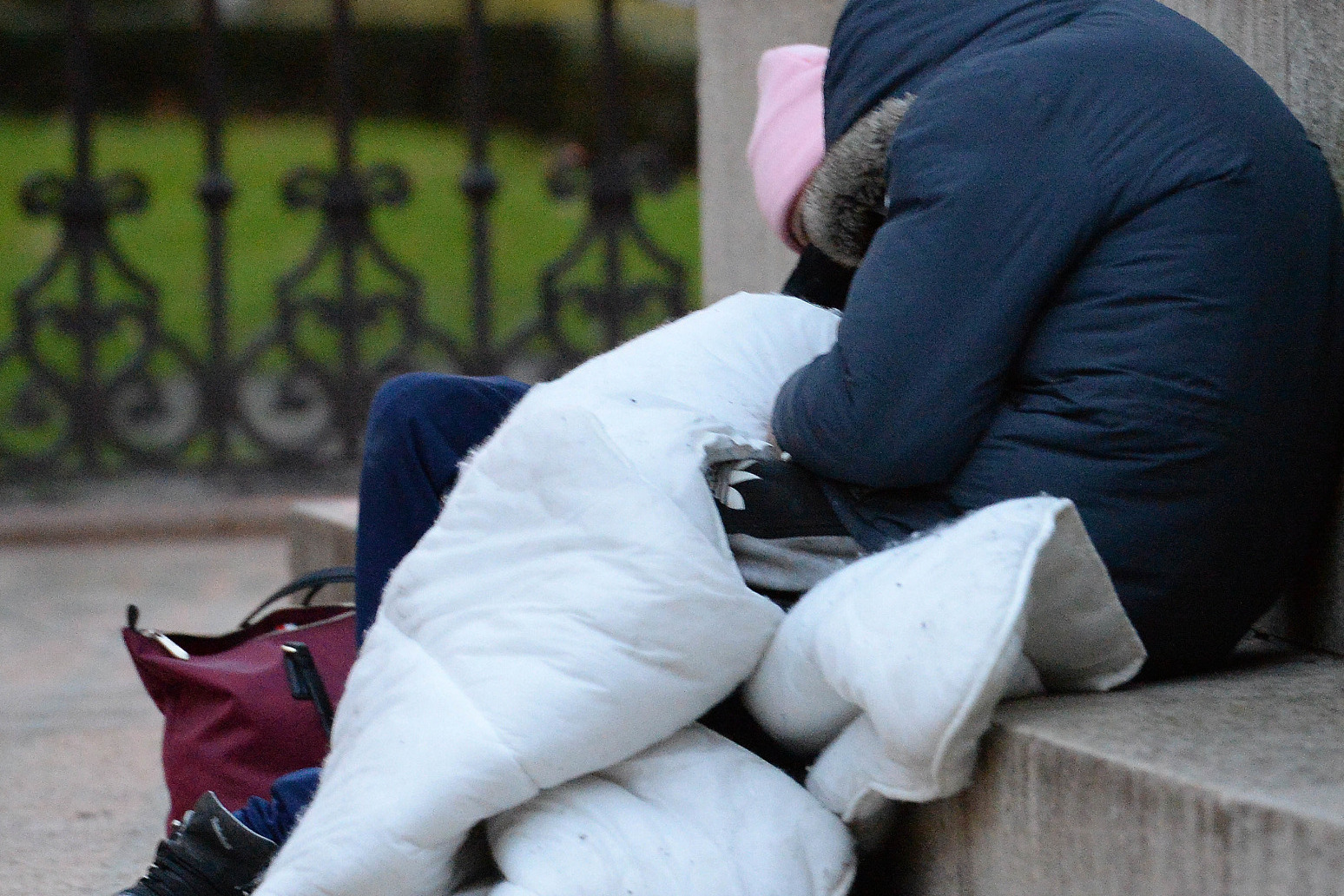 Thousands of beds in shelters and new supported living accommodation in England will be provided as part of a landmark strategy to help the Government meet its manifesto pledge to end rough sleeping.

An extra 14,000 emergency beds for rough sleepers and 3,000 support staff roles will be created this year as part of a three-year £500 million initiative, the Department for Levelling Up, Housing and Communities (DLUHC) said.

A further 2,400 long-term supported homes for those with the most complex needs, including young people, will also be delivered by March 2025 through a £200 million accommodation programme.

The plans, unveiled in a long-awaited strategy, are backed up by £2 billion in funding over the next three years, which was first announced in the spring spending review.

Of this, £764 million has been allocated to go to councils and Government partners.

Drug and alcohol treatment services will be expanded to 20 more areas through extra investment of up to £186.5 million in a bid to break the cycle of addiction and rough sleeping.

Pilots in the West Midlands, Manchester and Liverpool, which saw people with complex needs given stable, long-term housing as a base from which their other issues can be addressed, will be extended.

More prison leavers will also be helped into rental accommodation in a drive to reduce reoffending and the likelihood of ex-offenders turning to the streets.

It says its previously announced £11.5 billion affordable homes programme will aim to deliver up to 180,000 new homes by 2026 “should economic conditions allow”.

The Government said it remains “steadfastly committed” to its goal of ending rough sleeping.

This will have been achieved when it is prevented where possible, and rare, brief and non-recurrent when it does occur, it said.

Starting on Saturday, it will publish quarterly transparency data showing its progress.

The strategy says the drivers of rough sleeping are often complex and multi-faceted, with an “important” structural factor being the affordability and security of housing.

Funding will aim to ensure no-one leaves a public institution, such as hospitals, prisons, the care or asylum systems, or the armed forces, for the street.

The strategy says the Government will “exhaust all options” to support rough sleepers who are non-UK nationals so they have a “clear pathway” off the streets – including those with restricted eligibility for public funds.

Such people will be supported to resolve their immigration status so they can get their life back on track, with those here illegally supported to return to their home countries.

Levelling Up, Housing and Communities Secretary Greg Clark said: “Ending rough sleeping in this parliament is an important manifesto commitment.

“We’ve made great strides towards that goal in the last few years and today’s strategy backed by £2 billion of support will give some of the most vulnerable people in our society a roof over their heads and targeted support so they can rebuild their lives.

“The full weight of government is behind this very necessary pledge and this landmark strategy will give us the right tools to identify people at risk of rough sleeping earlier and provide the help they need.”

Minister for rough sleeping Eddie Hughes said: “We will pull every lever at our disposal so councils, working hand in hand with the voluntary, faith and community sectors, can intervene swiftly when someone is sleeping rough.”

She said: “It’s good that this strategy recognises that, fundamentally, not being able to afford anywhere to live is the main driver of homelessness.

“It’s disappointing that it does next to nothing to address it. In the face of a major crisis – with people already struggling to keep the lights on and pay their rent – this plan is wholly inadequate.”

Homeless Link, the national membership charity for frontline homelessness organisations in England, said it is “delighted” the strategy has been published, calling it a “step in the right direction”.

Chief executive Rick Henderson said: “However, we must also be realistic that the cost-of-living crisis is going to force more people into homelessness.

“Our members across the country are already seeing increased demand for their services and increased running costs.

“We will be working with the Government and our member organisations to come with solutions to this issue, building on the funding and ideas within this strategy.”

Crisis said the strategy is a blueprint for the Government to “deliver a truly ambitious and bold end to rough sleeping”, but warned that the cost-of-living crisis must not be ignored.

Chief executive Matt Downie said: “The success of this strategy now relies on the new prime minister stepping up to the task in hand and ensuring that the wider policies that cause homelessness are being tackled by all of Government, starting by making sure that housing benefit covers people’s rent, and that we tackle our severe lack of affordable homes, so we can prevent homelessness in an unprecedented cost-of-living crisis.

“Otherwise, we risk all of this becoming a wasted opportunity.”