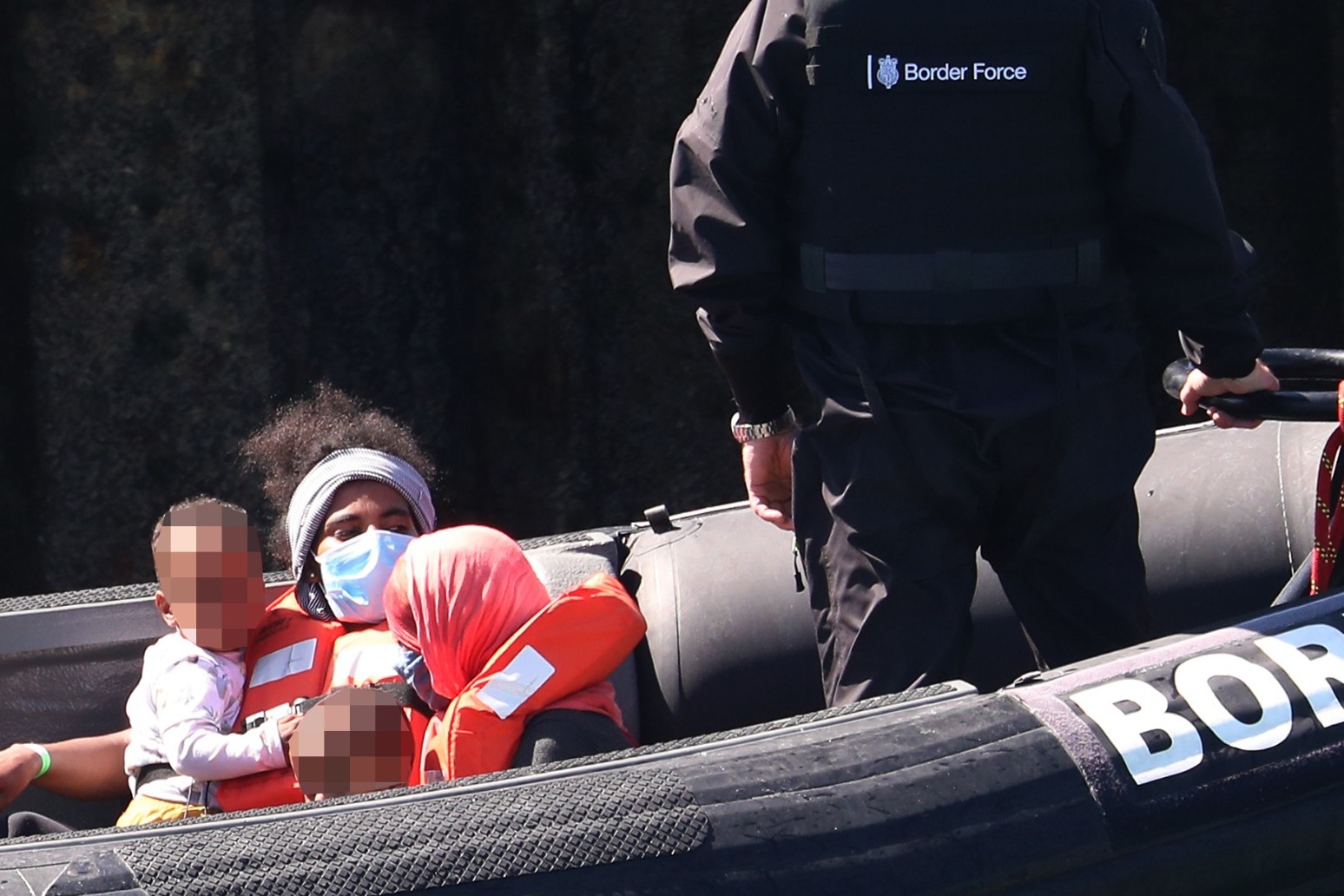 More than 500 migrants have crossed the English Channel to the UK in just three days.

Individuals wearing blankets and lifejackets were seen arriving in Dover aboard a Border Force boat on Saturday afternoon, while others were reported to have landed on Kent beaches.

A total of 151 migrants reached the UK via small boats on Saturday, the Home Office confirmed.

It comes as Home Secretary Priti Patel appointed a former Royal Marine to the role of “clandestine Channel threat commander”.

Her Home Office has been accused of having “lost control” after a new single-day record for migrant crossings was set on Thursday.

Border Force has been dealing with an unprecedented surge in crossings in the latter part of this week.

At least 532 migrants – some as young as babies – successfully reached the UK between Thursday and Saturday, figures show.

They were seen being brought ashore in Dover, just a few hundred metres away from where beachgoers basked in the roasting 33C sunshine.

The Home Office has now made a formal request for support from the Royal Navy to deal with migrants attempting to cross the English Channel in small boats.

In a statement, the MoD said: “We are assessing the requirement using the formal Military Aid to the Civilian Authorities process and are working hard to identify how we can most effectively assist.

“As ever the MoD will do all it can to support HMG requirements.”

Earlier, it was announced that the Home Secretary has tasked former Royal Marine Dan O’Mahoney with delivering her ambition of making the English Channel “unviable” for migrants in small boats.

“We are working to make this route unviable and arresting the criminals facilitating these crossings and making sure they are brought to justice.

“Dan’s appointment is vital to cutting this route by bringing together all operational partners in the UK and in France.”

Dover MP Natalie Elphicke has been calling for migrants to be returned to France irrespective of whether they are picked up in British or French waters.

She said on Twitter: “With a record number of people illegally crossing this year, all options need to be on the table.

“But whether it’s the Navy or whoever, dinghies should be returned to France, and the French need to stop boats leaving French shores in the first place.”