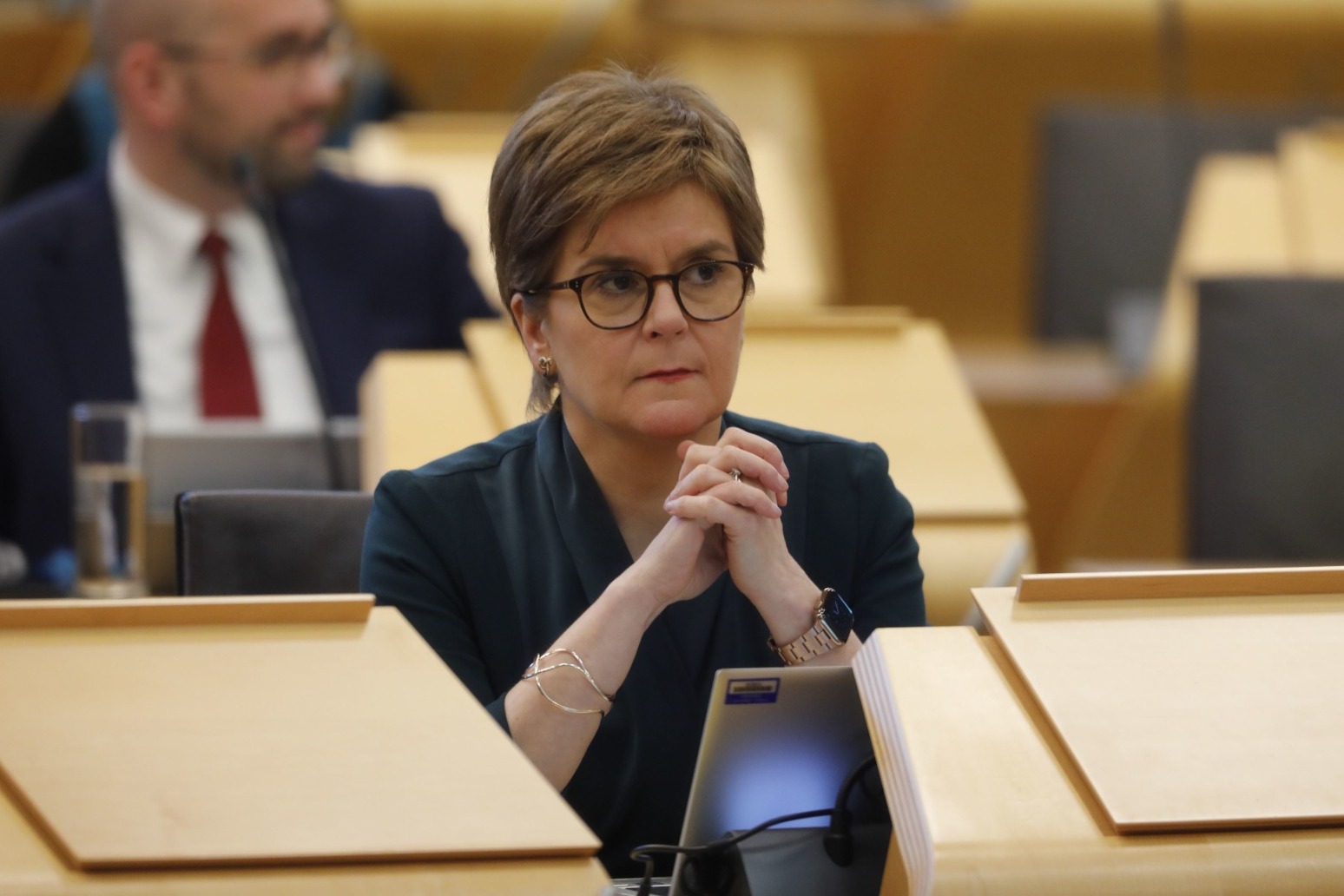 MSPs voted to pass the Gender Recognition Reform (Scotland) Bill by 86 votes to 39 on Thursday, which will remove the need for a medical diagnosis of gender dysphoria to obtain a gender recognition certificate (GRC).

It also lowers the minimum age for applicants to 16 and drops the time required for an applicant to live in their acquired gender from two years to three months – six for those aged 16 and 17 – though with a three-month reflection period.

MSPs embarked on intense debate on the Bill this week, spending more than 24 hours on the consideration of amendments and final vote.

But the passage of the Bill does not clear its path to the statute book, with Scottish Secretary Alister Jack now able to legally challenge the law if he believes it impacts on the UK, while private groups are also able to take legal action should they wish.

UK equalities minister Kemi Badenoch has raised concerns about the impact of the Bill on the rest of the country.

In a statement after the final vote, Mr Jack said the UK Government will consider action in the Supreme Court.

“We share the concerns that many people have regarding certain aspects of this Bill, and in particular the safety issues for women and children,” he said.

“We will look closely at that, and also the ramifications for the 2010 Equality Act and other UK-wide legislation, in the coming weeks – up to and including a Section 35 order stopping the Bill going for Royal Assent if necessary.”

Under the Scotland Act, the UK Government can challenge devolved legislation if it feels it impacts on national security or reserved matters.

The passage of the legislation was also marred by protests at Holyrood, with opponents of the legislation interrupting proceedings as Social Justice Secretary Shona Robison brought the debate to a close, and another shouting “shame on you” from the public gallery after the final vote.

Speaking to the PA news agency after the debate, Ms Robison said she was pleased at the “decisive” vote in favour.

Discussing Mr Jack’s statement, she said: “It would be very disappointing if the UK Government didn’t respect Scottish democracy and the decision of the Scottish Parliament.

“This area of policy is entirely within devolved competence.”

She said the debate had mainly been respectful but there had been “a bit of filibustering”.

She added: “There are a few things I think Parliament could reflect on that would be helpful.”

Opponents of the legislation have questioned its potential impact on women and girls, particularly in relation to single-sex spaces, though the Scottish Government has insisted little will change and exceptions barring trans people from single-sex spaces in some circumstances in the Equality Act will stand.

The new law has prompted rebellions across the chamber, with nine SNP MSPs voting against, including former minister Ash Regan.

Meanwhile, two Labour MSPs – Carol Mochan and Claire Baker – voted against the party whip to oppose the legislation, while it is understood some Labour opponents to the Bill were allowed to miss the vote.

Ms Mochan and Ms Baker both hold frontbench positions within the Scottish Labour Party which they will now be expected to quit.

For the Conservatives, Jamie Greene and former leader Jackson Carlaw voted in favour of the reforms.

Speaking in the final debate on the Bill on Thursday, Ms Robison said: “Trans rights are not in competition with women’s rights, and as so often before, we can improve things for everyone when those discriminated against act as allies, not opponents.”

But Tory MSP Rachael Hamilton said the Bill “has shown this Parliament at its worst”.

She added: “In the rush to make the process a little easier for trans people, the Government is making it easier for criminal men to attack women. That’s the problem here.”

Ms Hamilton said the Bill – which she claimed would be a “legacy issue for the First Minister” – would “let criminal men exploit the system” and put women at risk in single-sex spaces.

She went on to claim that “society as a whole” is at risk from the Bill, adding: “While most of us across Scotland are good, decent, reasonable people, rapists are not, sex offenders are not, it is ignorant in the extreme to believe that they will not take advantage of loopholes that are ripe for exploitation.”

Labour’s Pam Duncan-Glancy said the legislation provides MSPs with “one of those rare moments… where we all have a real opportunity to improve lives and directly tackle inequality”.

She insisted: “I believe strongly the reform we will vote for today has been a long time coming, and that is why changing the current onerous, lengthy and invasive process of legal gender recognition has always been so important to me.”

MSPs spent 24 hours this week debating it after two marathon sessions considering amendments on Tuesday and Wednesday – with the latter finishing at 1.15am on Thursday.

The Tories were accused of an attempt to filibuster the legislation, proposing numerous points of order and forcing almost all amendments to votes that were sometimes not required.