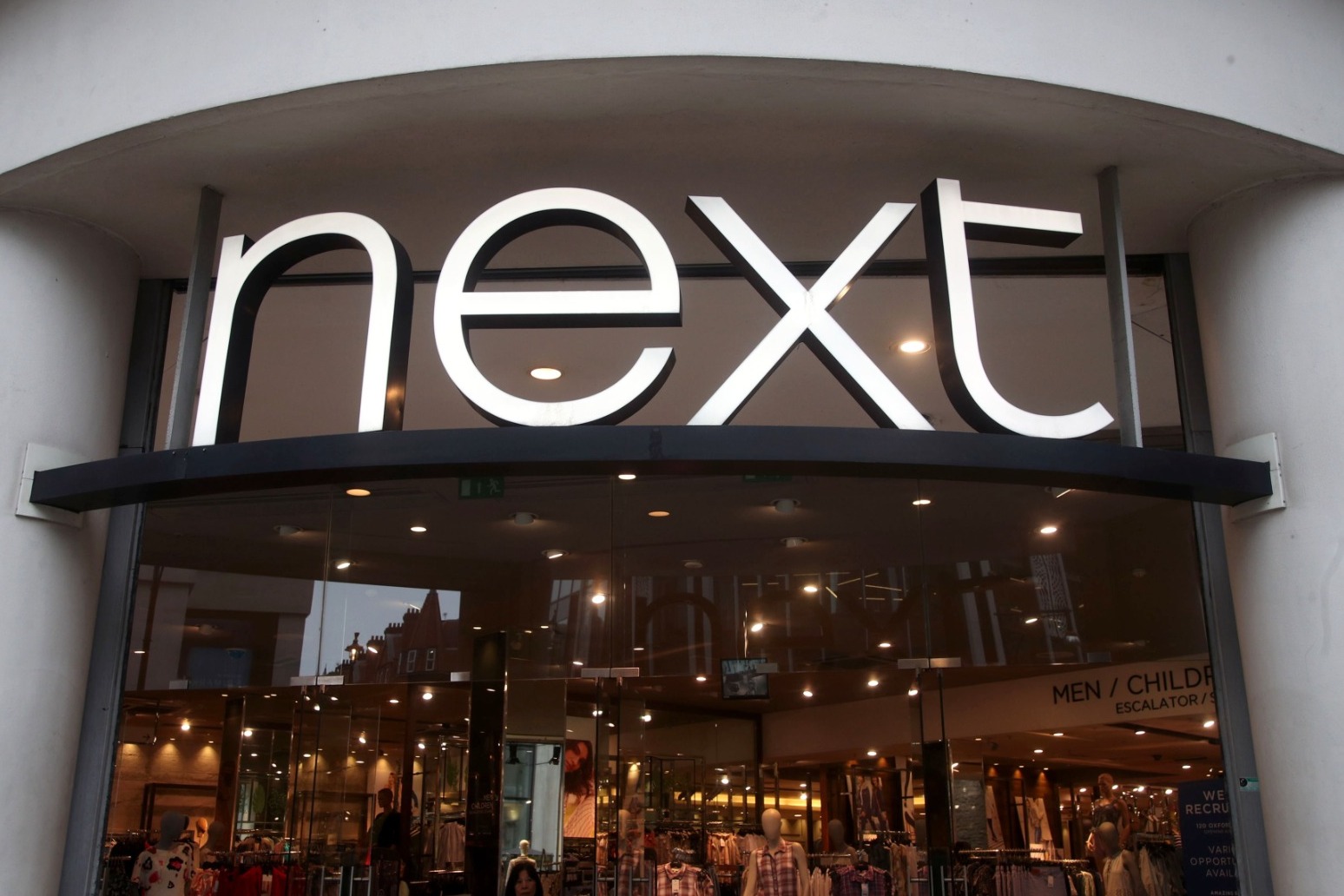 Fashion chain Next is set to shine a light on the health of the retail sector in the aftermath of the “crucial” Christmas shopping period.

Investors will be closely watching the clothing and homeware giant’s trading update on Thursday for detail on its sales figures over the festive season.

In August, chief executive Lord Wolfson said that shoppers were likely to spend less in the second half of the year because prices of its items were going up.

The cautious approach means that there could be no big surprises for investors in Thursday’s post-Christmas update, although the past few weeks will be a “crucial pillar” of current consumer spending habits, analysts said.

The firm is expected to reveal a 2% drop in full-price sales for the fourth quarter of the year, compared with the same period a year ago.

But it expects pre-tax profits to reach £840 million, up 2.1% compared with the £822 million reported the previous year.

Russ Mould and Danni Hewson, analysts at AJ Bell, said: “Next is traditionally the last major retailer to go live with its end-of-the-year sales but the markdowns went live on Christmas Eve this year, to suggest that the FTSE 100-listed firm has not proved immune to the challenges posed by inflation, unco-operative weather and the squeeze put on consumers’ pockets by the cost-of-living crisis.

“The anticipated drop in the festive period reflects not just the pressure on consumers’ incomes – and Next’s customers may be classic examples of the squeezed middle – but also the tough base for comparison as last year benefited from an easing in the pandemic, an end to lockdowns and pent-up demand.”

Amid a tougher economic climate, investors will also be keen to see whether Next has noted an increase in shoppers using credit options to fund their purchases.

A rise in “bad debts” could indicate that more shoppers have relied on credit that they will struggle to repay, and be used as a litmus test for the wider retail sector.

Meanwhile, Next announced it had bought rival fashion chain Joules for £34 million in December, rescuing the troubled brand from collapsing into administration.

It followed the group buying the brand, websites and intellectual property of furniture business Made.com, adding to the portfolio of household names now under its ownership.

While 19 Joules stores are set to close after the takeover deal, Next could reveal any further shops earmarked for closure in its trading update.