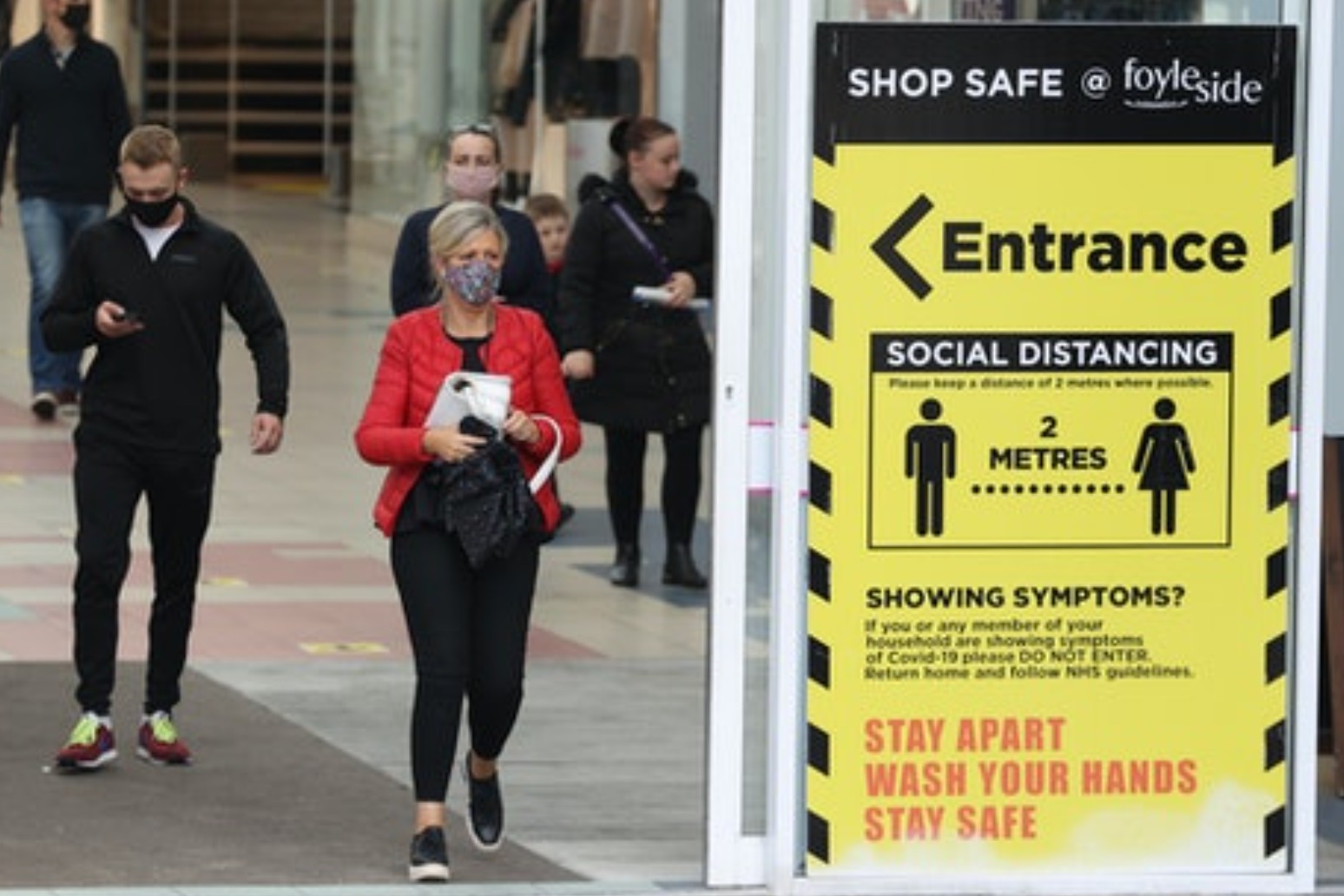 The moves do not amount to a full scale lockdown similar to that imposed during the first wave of the virus, but the measures nevertheless mark a significant ramping up of the administration’s response to spiralling infection rates.

It is understood retail outlets will remain open, as will gyms for individual training.

Churches will also reopen open. It is understood a 25-person limit will be placed on funerals and weddings.

The restrictions were agreed after a stop-start meeting of the Stormont executive that extended past midnight and into Wednesday morning.

A formal announcement is expected to be made during a special sitting of the Assembly in Belfast later on Wednesday.

It is expected that most sporting activities will be limited to elite athletes for the four weeks.

The current restrictions on household mixing are expected to remain as they are.

It is anticipated that closures of hospitality outlets will come into force on Friday October 16. The other measures would be rolled out from Monday October 19.

“The Exec has given painstaking consideration to next steps.

“We know this is hard and that people will be worried about their livelihoods, but we will do everything we possibly can to make sure there are protections in place for businesses, workers and families.”

Earlier, during a break from the at times strained discussions, First Minister Arlene Foster vowed to “stand by” any businesses and individuals impacted by any new measures.

The DUP leader, who will make the announcement in the Assembly, insisted it was not an option to “close the country down”.

“For those who will be impacted by any restrictions that we agree, we will stand with you, and we will help you and financially support you as best we can,” she said.

Mrs Foster said it was “critical” that “long term” school closures were avoided.

A further seven deaths with Covid-19 and another 863 cases were reported by the Department of Health on Tuesday.

Some 6,286 new positive cases of the virus have been detected in the last seven days, bringing the total number of cases in the region to 21,898.

As of Tuesday, there were 150 patients in hospitals with Covid-19, including 23 in intensive care.

The Derry and Strabane Council area has been experiencing the highest infection rate in the UK and Ireland, with a seven day average of 970 cases per 100,000 people.

The area is already subject to additional localised restrictions.