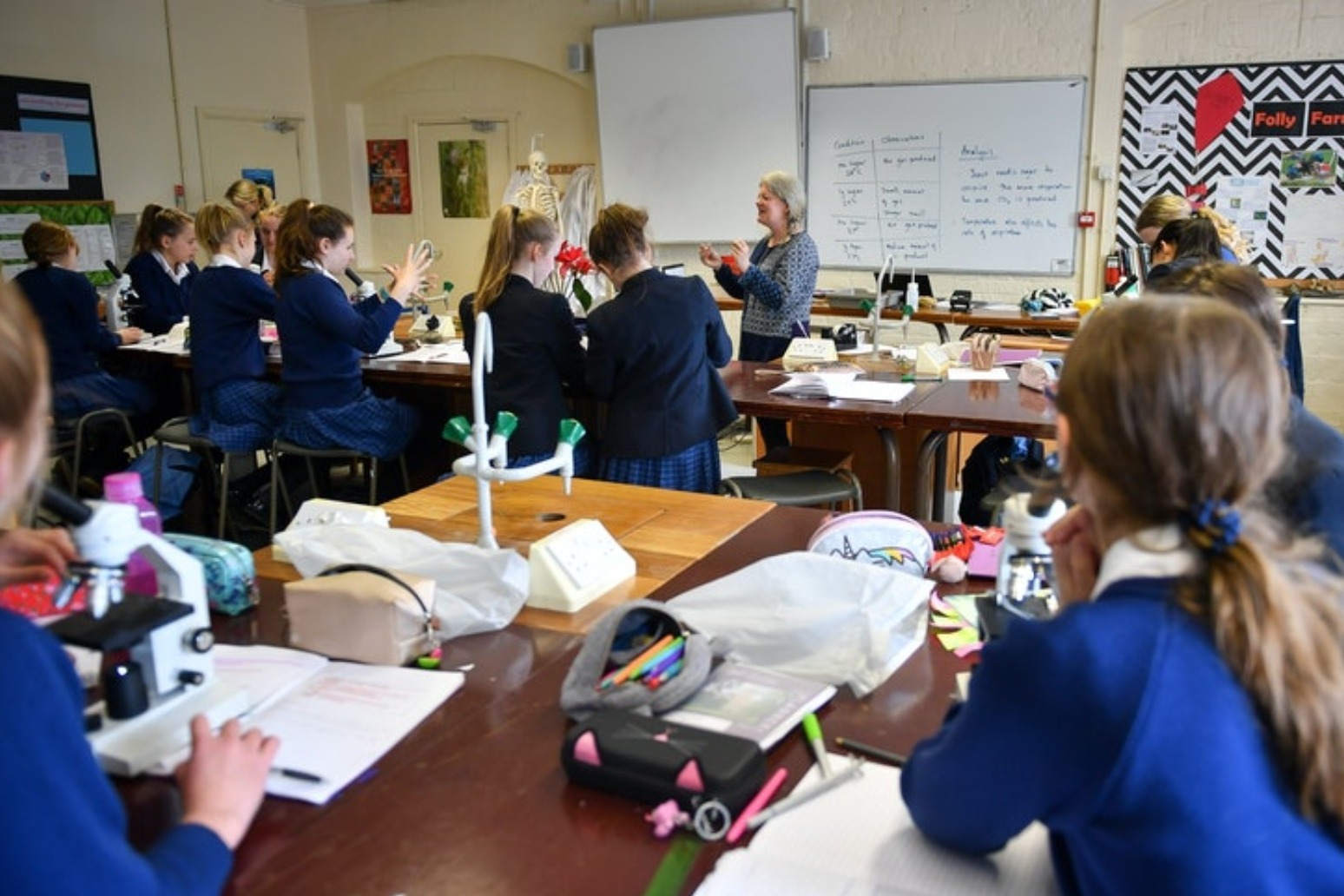 The first pupils have returned to schools across Northern Ireland for the first time since the coronavirus lockdown started in March.

Some parents have expressed concerns while teachers’ unions say educators had not been given enough time to respond to rules issued earlier this month.

Strict social distancing between children may be relaxed if there are hygiene measures in place.

However three schools did not reopen following the detection of Covid-19 cases.

St Kevin’s Primary School and St Louise’s College, both on the Falls Road in west Belfast have also delayed their reopening following positive cases among the school community.

Some parents have taken to social media to express concern at their children returning to school.

Trevor Dempster, a father of five from Bangor, Co Down, said he is worried as his wife had been shielding during the pandemic.

“As a family, for us coronavirus is a life or death situation.

“My wife who is 32, has been taking immunosuppressants to treat a long-term illness.

“Jayne has no immune system to fight coronavirus and falls into the highest at risk category, labelled as vulnerable,” he tweeted.

“This week will see our five young children return to school, at a time when new daily cases are rising sharply.

“The spread across all council areas in Northern Ireland suggests community transfer, which vastly increases the risk to those most vulnerable within our society.

“I agree the risk to children themselves is low but that is being used as spin from politicians & school leaders to hide behind the fact that children are ‘spreaders’.

“The issue is not that of children dying but of whom they will pass the virus too and the long-term consequences.”

However other parents have welcomed the return to school.

She said he was looking forward to being reunited with his friends.

“I think his only reticence is that his grandmother, my mother, is normally where they go after school and she is shielding, she has a lung condition. At the back of his head there is a niggle about that,” she told the PA news agency.

“He has a tight wee group of four or five boys that have been together since preschool. Since lockdown they have seen each other outside. He’s looking forward to getting back and into some sort of semblance of a routine, it’s been a long six months without that.

“I think he needed to get back. I have tried to combine remote working and home schooling with his younger brother going into P6, so the last six months have been really difficult at home. And because of the pressure of going into P7 and around the transfer tests, he has worked very hard, but the pressures have been a real challenge.”

Face coverings are not mandatory for routine use by pupils, Stormont’s Department of Education has said.

“Very, very few, if any, children will come to harm as a result of attending school, but there is evidence of the long-term harm to children’s education, life opportunities, mental health and wellbeing from not attending school.

“There is clear unequivocal evidence that children are less likely to catch Covid-19, where they do most of them will have mild to moderate symptoms and in most cases they will make a very full recovery.

“There is a very, very low – indeed an incredibly low incidence – of serious disease within children and they are also less likely to transmit the virus.”

Schools closed in March to help contain the spread of coronavirus.

Pupils in Primary 7, Year 12, Year 14 – whose preparation for exams was disrupted by the lockdown – and all vulnerable children are due to return to classes on August 24.

All other pupils will begin the new school year on the week beginning August 31 after months of variable levels of home schooling.

Official guidance recommends the formation of protective bubbles for primary school children and pupils in years 8-10 in post-primary schools.

The department said interactions between different year groups of older pupils should be limited.

Parents, pupils and their teachers face the added strain of uncertainty over the future, Mr Weir has acknowledged.

A total of £42 million has been spent on re-starting schools safely.

A package of measures for the first term covers the cost of substitute teachers and other school expenditure, personal protective equipment, school well-being, transport and special educational needs.

Mr Weir said: “I fully recognise the stresses felt by teachers, parents and pupils due to the ongoing disruption and uncertainty regarding the future.

“My key priority has always been to ensure all of our children and young people return to school on a full-time basis, as soon as it is safe to do so.”