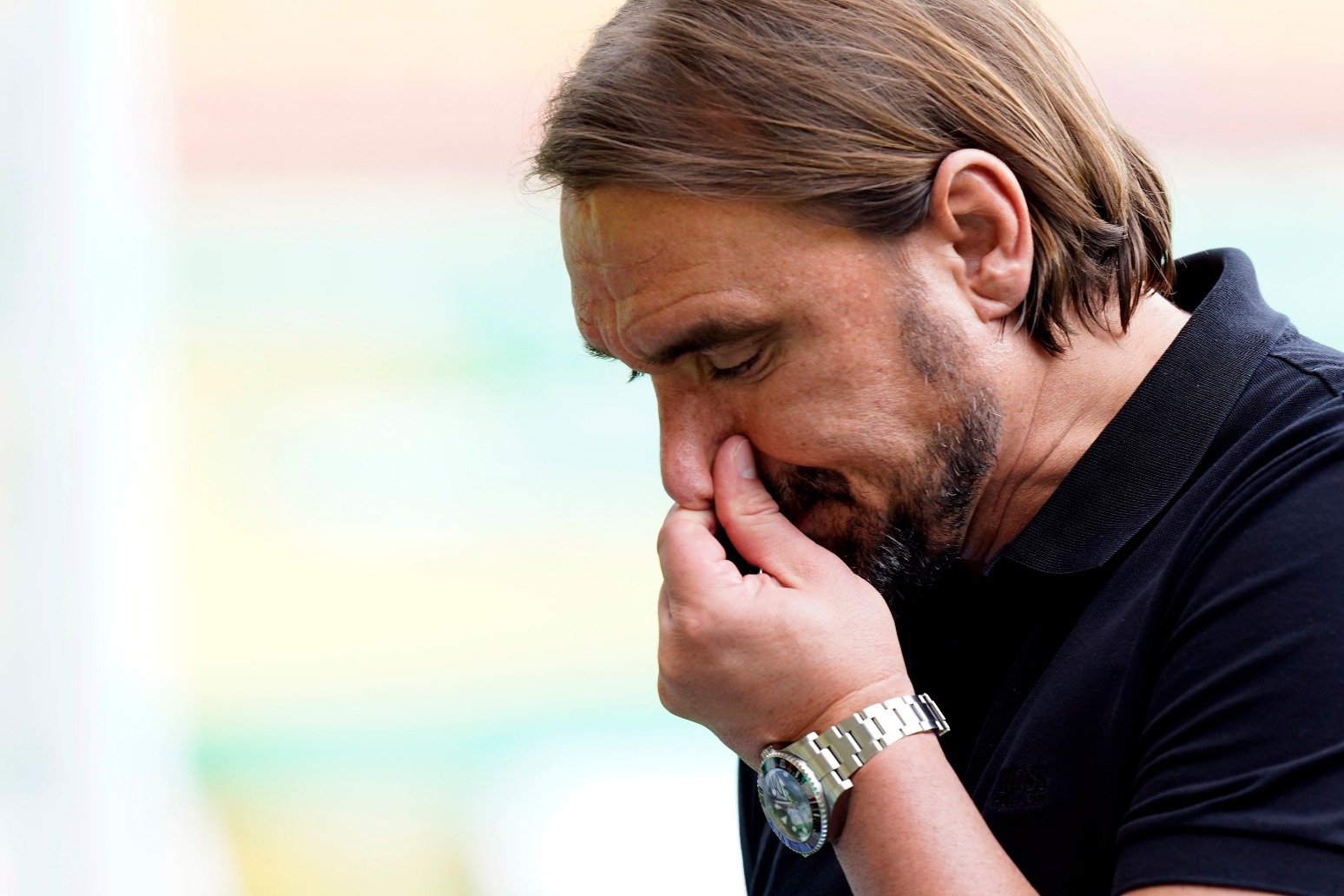 Norwich’s relegation from the Premier League was confirmed with a crushing 4-0 home defeat to West Ham, for whom Michail Antonio scored all the goals.

The Canaries restarted the season six points adrift at the bottom of the table and have since lost six games in a row to confirm their return to the Championship.

Antonio’s heroics gave a huge survival boost to the Hammers, who dominated from the start and went ahead inside the first 10 minutes.

A second followed on the stroke of half-time when Antonio headed in a Mark Noble free-kick, before two further strikes in the second half emphatically sealed the home side’s fate.

Champions Liverpool saw their 24-match winning home run in the league brought to an end as Burnley snatched a 1-1 draw at Anfield and came close to claiming all three points.

Fine goalkeeping from Nick Pope and some wayward finishing from Mo Salah had kept the Clarets in with a chance until Liverpool went ahead in the 34th minute.

Fabinho lofted a cross to the far post where full-back Andy Robertson headed past Pope.

Burnley grabbed the equaliser after 69 minutes when Jay Rodriguez fired home after a long free-kick into the box, and Sean Dyche’s men almost sealed a famous win when Johann Berg Gudmundsson crashed an effort against the crossbar late on.

Chelsea’s Champions League aspirations were dealt a major blow as they were thumped 3-0 by an inspired Sheffield United at Bramall Lane.

David McGoldrick scored his first Premier League goal when he knocked home a rebound in the 18th minute, then pounced to seal a stunning victory in the second period after Oli McBurnie’s fine header had given the Blades a 2-0 half-time lead.

The result bolstered the hosts’ own hopes of qualifying for Europe as they climbed up to sixth place, four points behind Manchester United in the table.

But there were no such fears for Manchester City who sealed second place after Raheem Sterling struck a hat-trick in a 5-0 win at Brighton.

Despite having lost their previous three away games there was no danger of that run continuing after Sterling fired his opener in the 21st minute.

Gabriel Jesus made it 2-0 just before half-time and after Kevin De Bruyne hit the post, the brilliant Riyad Mahrez cued up Sterling to head City’s third in the 53rd minute.

Troy Deeney scored two second-half penalties as Watford came from behind to beat Newcastle 2-1 at Vicarage Road and boost their survival hopes.

Newcastle deservedly grabbed the lead midway through the first half when Federico Fernandez flicked on a corner for Dwight Gayle to bundle home.

But Deeney levelled in the 52nd minute after Kiko Femenia had been fouled by Matt Ritchie in the box, and netted the winner 10 minutes from time after Ismael Sarr went down under Javier Manquillo’s challenge.