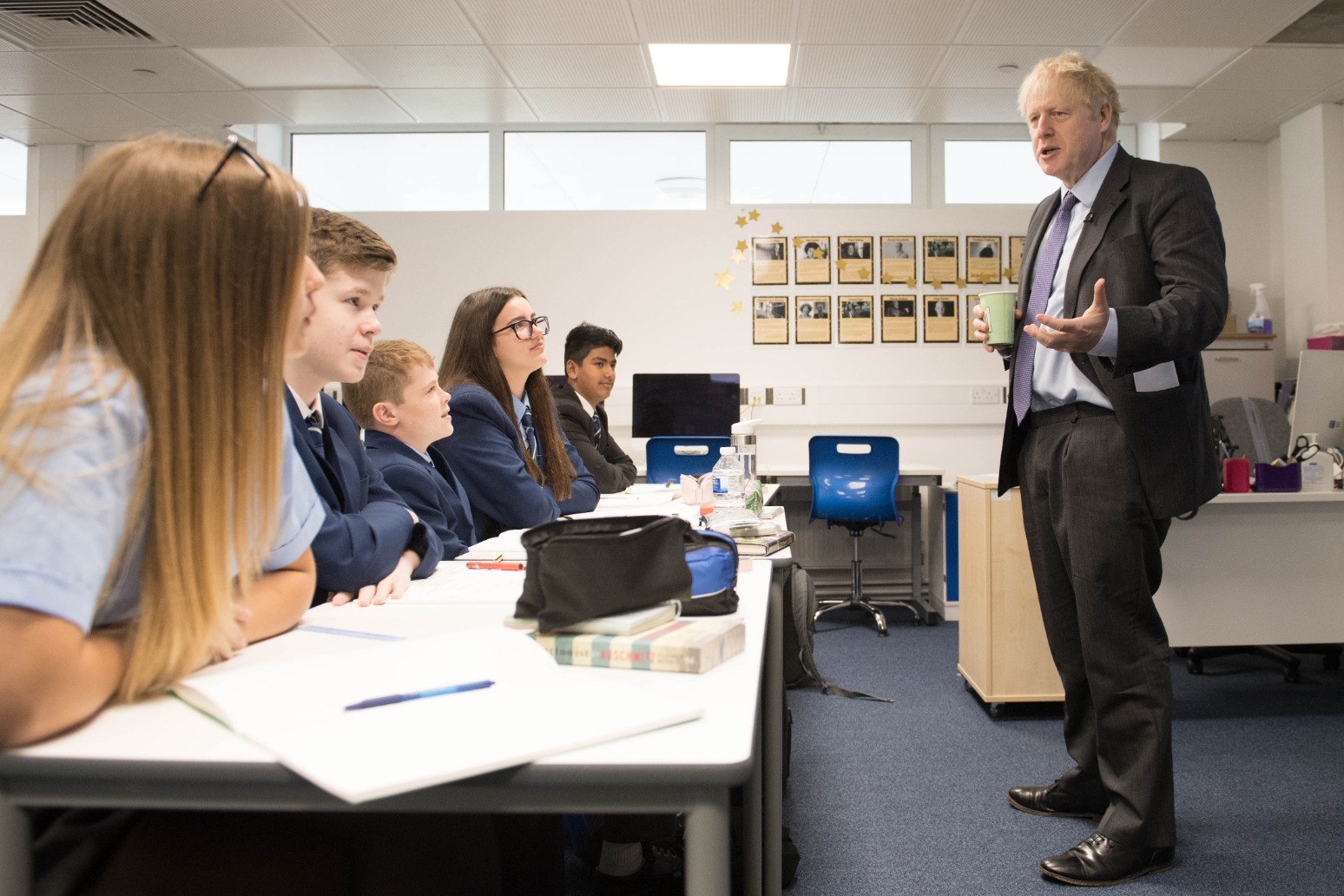 One in five teachers have seen significant numbers of pupil absences at their school, a survey has suggested.

Nearly half (47%) of teachers say they have concerns that staff shortages – due to self-isolating and/or a lack of testing – will lead to difficulties when trying to maintain sufficient staff levels, the poll finds.

The survey, of 5,451 National Education Union (NEU) members in England, suggests 80% have seen pupil absences in their school because of self-isolating and/or a lack of access to tests.

A fifth said they had seen “significant” numbers of pupil absences at their school and almost as many (19%) said a whole bubble of children has been sent home.

Nearly three in four (74%) of school staff said they believed prioritising pupils and staff for Covid-19 testing was needed to ensure schools remain open to all pupils all week throughout the coming months.

More than half (51%) of teachers said they have witnessed a significant increase in hardship for pupils and families at their school since the start of lockdown in March.

The majority (84%) of NEU members said they do not trust the Government to keep schools safe, to protect workers at greater risk, to listen to the profession, to support vulnerable and disadvantaged children or to ensure exams and assessment are fit for purpose this academic year.

The online survey was carried out ahead of an NEU conference on Saturday which will look at health and safety and workload pressures on staff during the pandemic, as well as the exams system in 2021.

Kevin Courtney, joint general secretary of the NEU, said: “School and college staff are doing everything they can to keep schools open for all pupils, but the Government is not pulling its weight.

“Our survey shows all too clearly that a lack of access to testing and the disruption of self-isolation, often due to the lack of a test result, is undermining the ability of schools to maintain fully-staffed on-site learning for all those who need it.

“The results also show an imminent danger that this problem will become very widespread indeed.”

He added: “The Government had months to prepare a fit-for-purpose test, track and trace system, and they failed.

“The message from our members is clear. Schools kept their side of the bargain in getting schools open this September; it is time for the Government to keep theirs.”

A Department for Education spokesman said: “It is testament to the hard work of teachers and school staff that more than 7.2 million pupils were in school last week.

“Only a small minority of pupils are currently self-isolating, in response to public health guidelines to keep us all safe. Teachers are being prioritised to access tests where they have symptoms. We are supporting the sector to deliver home education in line with what pupils would receive in school, making sure no child falls further behind.

“Schools have continued to receive their core funding throughout the pandemic, with this year marking the first year of a three-year increase to core funding – the biggest in a decade. We are also investing heavily in catch up initiatives aimed at all children, and particularly the most disadvantaged, including our £1 billion Covid catch up fund.”