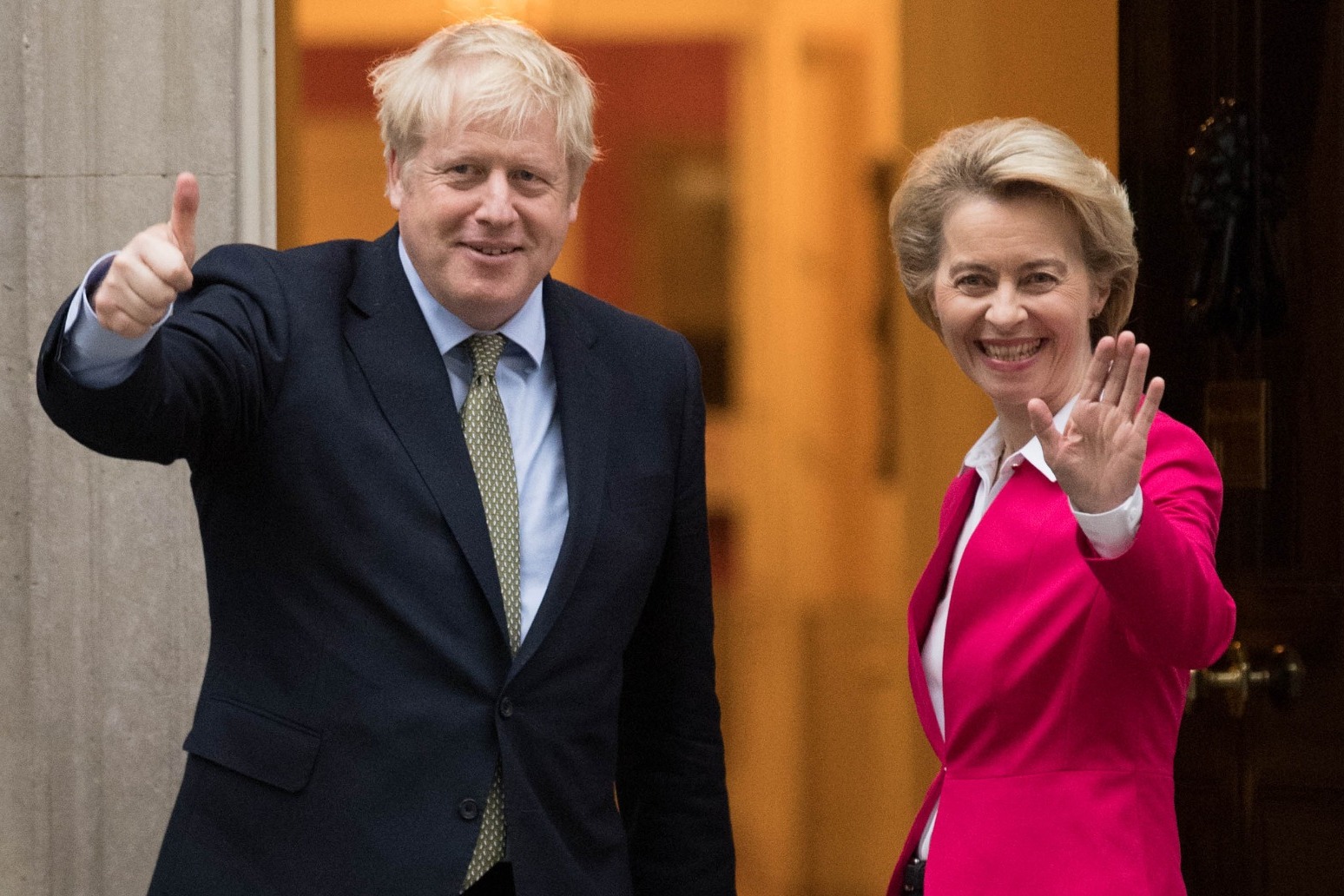 Boris Johnson said he is “pretty optimistic” about striking a trade deal with the European Union as he prepares to discuss progress in the talks with European Commission president Ursula von der Leyen.

The Prime Minister is due to take stock of the negotiations in a conference call with Ms von der Leyen on Saturday following the final scheduled round of talks between Brussels and the UK this week.

Ms von der Leyen’s remarks that talks need to “intensify” have sparked speculation that an agreement could be reached before Mr Johnson’s deadline of the EU Council meeting on October 15.

According to Financial Times, both sides are set to agree to further last-ditch discussions – dubbed “the tunnel” – in London as they look to finalise an agreement.

In an interview with the Telegraph, Mr Johnson said the chances of a deal “are very good if everybody just exercises some common sense and looks at the deal that is there to be done”.

He added: “The UK has always been very clear what we want – we want a Canada-style relationship.

“We have been members for 45 years, and I don’t see why they can’t have the same deal with us, so I’m pretty optimistic.”

But, in a pointed warning to Brussels, he kept his threat of leaving without a trade deal on the table, arguing that Britain would be fine under an “Australian” agreement with the EU – a Downing Street code term for a no-deal arrangement.

Asked about the prospect of failing to do a deal, Mr Johnson, reportedly adopting an Australian accent, replied: “Australia holds no terrors for us, mate.

Speaking at a news conference in the Belgian capital on Friday, Mrs von der Leyen said she believed a deal was still possible but warned that time was running out.

She said the “most difficult issues” – including fisheries and state aid rules – still had to be resolved if they were to get an agreement in place by the end of the Brexit transition period at the end of the year.

“We have made progress on many, many different fields but of course the most difficult ones are still completely open.

“But overall, where there is a will, there is a way, so I think we should intensify the negotiations because it is worth working hard on it.

Downing Street made clear Mr Johnson still believed there needed to be a deal by the time of the next EU summit in two weeks’ time on October 15, otherwise it will be too late to implement before the transition ends.

The UK’s chief negotiator Lord Frost was less upbeat than the Prime Minister about the level of progress made so far.

In a statement issued after his meeting with EU chief negotiator Michel Barnier on Friday, he said that while the “outlines” of an agreement were “visible”, there were still “familiar differences” to be overcome.

Lord Frost added that there had been “some limited progress” on state aid while the gap over fisheries was “unfortunately very large” and may prove “impossible to bridge”.

“I am concerned that there is very little time now to resolve these issues ahead of the European Council on October 15,” he said.

Irish Taoiseach Micheal Martin, who briefed other EU leaders with Mrs von der Leyen on the state of the negotiations, said it was “highly unlikely” there would be an agreement by October Council meeting, although there would need to be significant progress in the coming weeks.