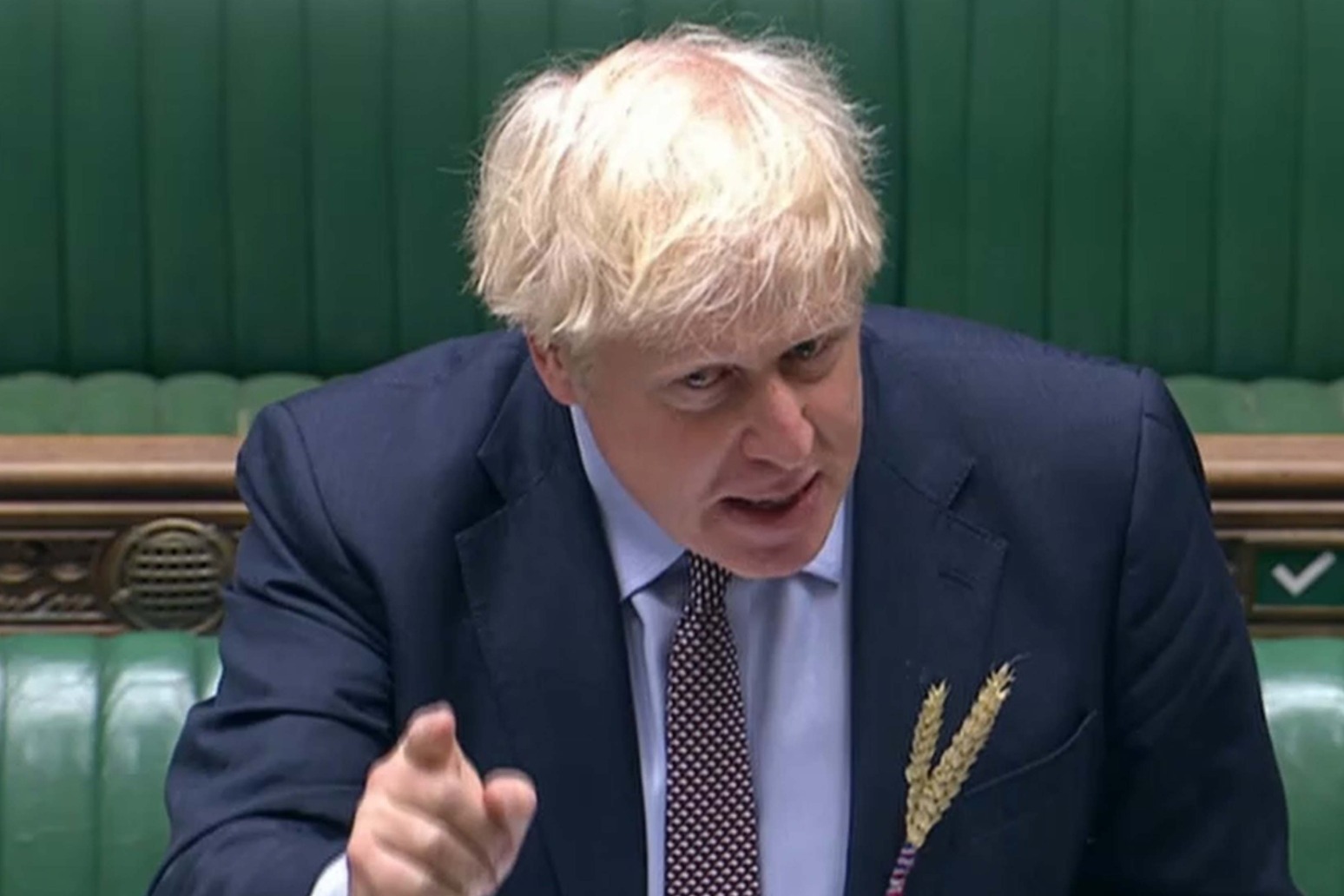 The Prime Minister is preparing to face down his critics as he looks to quell a growing rebellion over his plans to override the Brexit divorce deal.

Downing Street confirmed that Boris Johnson will open the debate on the Internal Market Bill in the House of Commons on Monday, taking the place of Business Secretary Alok Sharma.

Mr Johnson will make the case to MPs that it is “critical” that the legislation, which the Government has said would breach international law, is in place by the end of the year in order to act as a “safety net” if no trade deal is agreed with Brussels before the conclusion of the Brexit transition period.

The Prime Minister’s official spokesman, confirming Mr Johnson’s appearance at the Despatch Box, told reporters: “The Bill will protect seamless trade and jobs in all four corners of the United Kingdom following the end of the transition period.

“It will also provide a vital legal safety net, it removes any ambiguity should an agreement not be reached at the Joint Committee on the Northern Ireland Protocol.

“It protects the integrity of the UK internal market, it ensures ministers can always deliver on their obligations to Northern Ireland and protects the gains from the peace process.

“It is therefore critical that we pass this legislation before the end of the year.”

Number 10 said the Prime Minister and UK chief negotiator Lord Frost had “significant concern” about the approach taken by the European Union during the trade talks, claiming Brussels had confirmed last week that a blockade of food goods travelling from Britain to Northern Ireland was a possibility.

But the Prime Minister’s spokesman, when asked how the Bill would prevent a blockade, did not provide concrete examples, adding only that “good faith” was expected to be “shown by both sides in resolving outstanding matters”.

The Conservative Party leader has seen his Bill proposal criticised by all five living former prime ministers, with David Cameron making it a full set when he voiced his fears on Monday.

Mr Cameron said: “Passing an Act of Parliament and then going on to break an international treaty obligation is the very, very last thing you should contemplate.

“It should be an absolute final resort. So, I do have misgivings about what’s being proposed.”

Geoffrey Cox, Mr Johnson’s former attorney general when the Withdrawal Agreement was signed, has also spoken out against the plans.

He told Times Radio that the Government “knew” what it was signing up to when it ratified the exit terms.

“What I can say from my perspective is we simply cannot approve or endorse a situation in which we go back on our word, given solemnly not only by the British Government and on behalf of the British Crown, but also by Parliament when we ratified this in February, unless there are extreme circumstances which arrive involving a breach of duty of the good faith by the EU,” he said.

“In those circumstances, there are then lawful remedies open to us and it is those we should take rather than violating international law and a solemn treaty.

“The breaking of the law leads ultimately to very long-term and permanent damage to this country’s reputation and it is also a question of honour to me – we signed up, we knew what we were signing.”

The Brexiteer warned he would not back the UK Internal Market Bill unless ministers dispel the impression that they plan to “permanently and unilaterally” rewrite an international agreement.

Simon Hoare, Tory chairman of the Commons Northern Ireland Affairs Committee, said Mr Cox’s condemnation of the Government’s plans could not be ignored.

Meanwhile, Tory MP Rehman Chishti resigned as the Prime Minister’s special envoy on Freedom of Religion or Belief (FoRB) in opposition to the clauses in the Bill.

He tweeted: “As an MP for 10 years and former barrister, values of respecting rule of law and honouring one’s word are dear to me.”

Labour leader Sir Keir Starmer said the Government’s position was likely to cause “reputational damage” on the world stage and called on Mr Johnson to “get on with” securing fresh trade terms with the bloc.

Informal talks on a future trade deal with the EU were due to continue this week, with a meeting expected between chief negotiators Lord Frost and Michel Barnier and their teams due on Tuesday.