PM working on plan to avoid a second lockdown 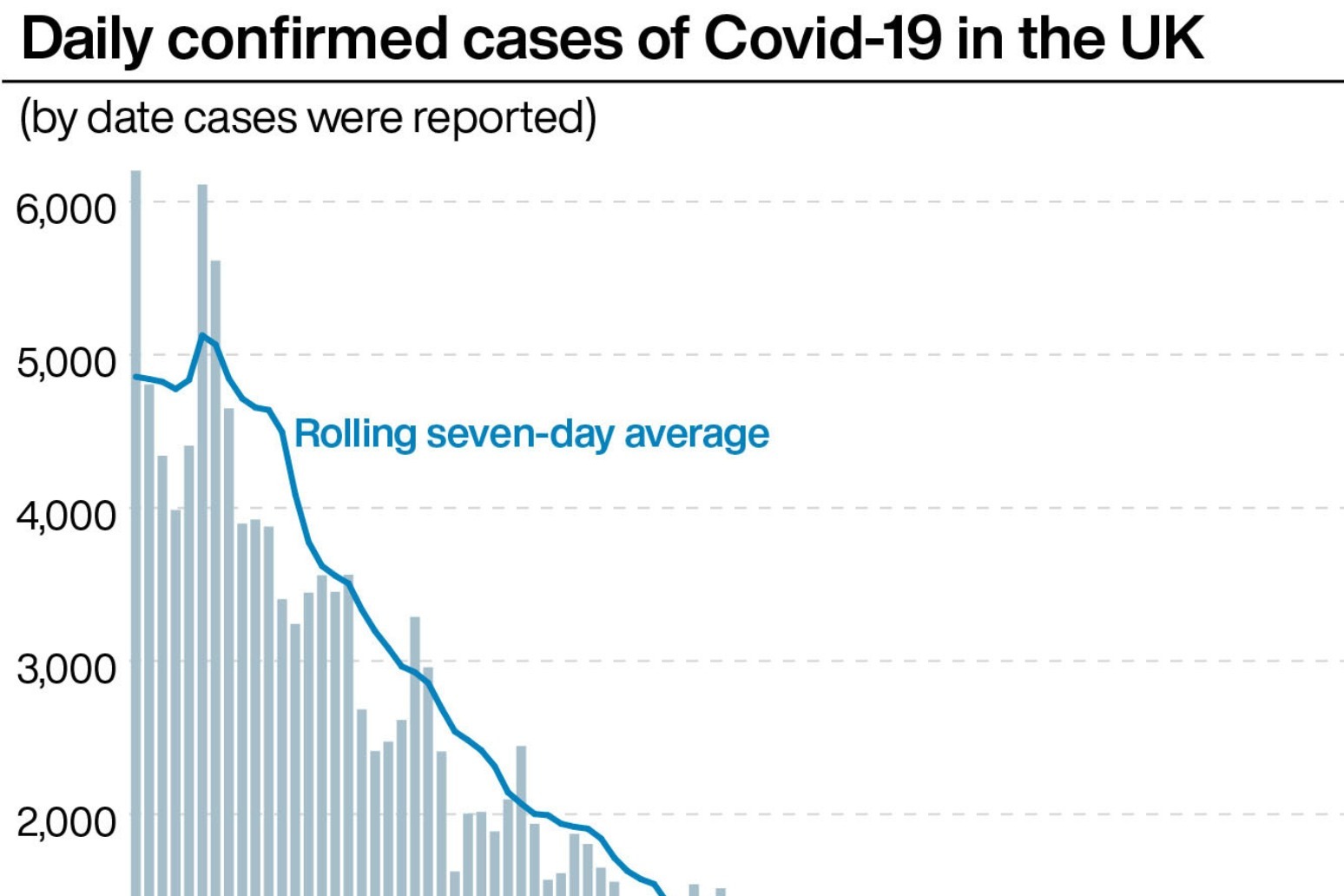 Boris Johnson has ordered officials to work-up a plan for avoiding a second national lockdown, according to reports.

The Prime Minister is considering asking the elderly to shield once again and is mulling lockdown-like conditions for London should there be a second wave of coronavirus infections, The Sunday Telegraph and The Sunday Times said.

The claims come after Mr Johnson was forced to announce a slow down of the lockdown easing on Friday, with planned relaxations for the leisure and beauty sectors delayed after a rise in Covid-19 cases was recorded, with prevalence in the community thought to be rising for the first time since May.

The Times reported the Conservative Party leader held a “war game” session with Chancellor Rishi Sunak on Wednesday to run through possible options for averting another nationwide lockdown that could stall any potential economic recovery.

Under the proposals, a greater number of people would be asked to take part in the shielding programme, based on their age or particular risk factors that have been identified since March, said the Telegraph.

It could even see those aged between 50 and 70 given “personalised risk ratings”, said the Times, in a move that would add to the 2.2 million who were deemed most vulnerable and asked to shield themselves from society during the spring peak.

The advice was only lifted on Saturday for those in England, Scotland and Northern Ireland, and remains in place until August 16 for those shielding in Wales.

Other ideas mooted should the R-rate escalate in the capital include restricting travel beyond the M25 and putting a stop to staying at other people’s houses – similar to policies implemented in local lockdowns imposed in Leicester and parts of the north-west of England in recent days.

But Downing Street sources distanced themselves from the detail in the reports, calling them “speculative”.

Meanwhile, former England midfielder Paul Scholes has been accused of holding a party at his Oldham home to celebrate his son’s 21st on the same day lockdown measures were reimposed across parts of England’s north-west.

The Sun cited phone footage as showing revellers ignoring social distancing “as they drank and danced” at the seven-hour party, with the paper citing Tory MP Andrew Bridgen criticising Mr Scholes for “reckless behaviour”. Greater Manchester Police have been approached for comment over the alleged incident.

Greater Manchester Mayor Andy Burnham said people in his area “on the whole” had been brilliant “and I reject efforts to blame some for breaking lockdown rules”.

Writing in the Sunday Mirror, Mr Burnham called on the Government to ensure people in low-paid, insecure jobs are financially supported if they have to self-isolate due to coronavirus.

He wrote: “We shouldn’t spend taxpayers’ money on subsidising meals out but not support the low-paid to take time off work to protect their health.”

While the new regulations for Blackburn with Darwen and Bradford were published on Friday, those for Greater Manchester are not expected to be published until this week.

Mr Burnham has said restrictions will be reviewed on a weekly basis.

On top of the alleged lockdown avoidance preparations, experts have speculated that ministers might have to order the closure of pubs, which were permitted to start serving again on July 4, if schools are to reopen fully in September.

Professor Graham Medley, a member of the Scientific Advisory Group for Emergencies (Sage), said earlier a “trade off” could be required if the Prime Minister’s pledge is to be met.

His comments followed chief medical officer Professor Chris Whitty’s remarks that the country was “near the limit” for opening up society following the coronavirus lockdown.

Meanwhile, the Department of Health and Social Care (DHSC) was forced to deny that it had abandoned its pledge to regularly test care home residents through the summer following a leaked memo from Professor Jane Cummings, the Government’s adult social care testing director.

The Tory administration has come in for criticism for failing to do more to prevent Covid-19 infections from reaching care homes, where some of the country’s most vulnerable population reside, during the initial spring peak.

According to the Times, Prof Cummings wrote to local authority leaders to inform them that “previously advised timelines for rolling out regular testing in care homes” were being altered because of “unexpected delays”.

Regular testing of residents and staff was meant to have started on July 6 but will now be pushed back until September 7 for older people and those with dementia, PA news agency understands.

A department spokeswoman confirmed there were issues with “asymptomatic re-testing”.

The problems relate to a combination of factors, including a restraint on the ability to build testing kits, already announced issues with Randox swab kits, overall lab capacity, and greater than anticipated return rate of care home test kits.

The DHSC spokeswoman said: “It is completely wrong to suggest care homes were deliberately deprived of testing resources and any care home resident or member of staff with symptoms can immediately access a free test.

“We continue to issue at least 50,000 tests a day to care homes across the country and prioritise tests for higher-risk outbreak areas.

“A combination of factors have meant that a more limited number of testing kits, predominantly used in care homes, are currently available for asymptomatic re-testing and we are working round the clock with providers to restore capacity.”

DHSC said it would not comment on leaked documents when asked about Prof Cummings’ memo.