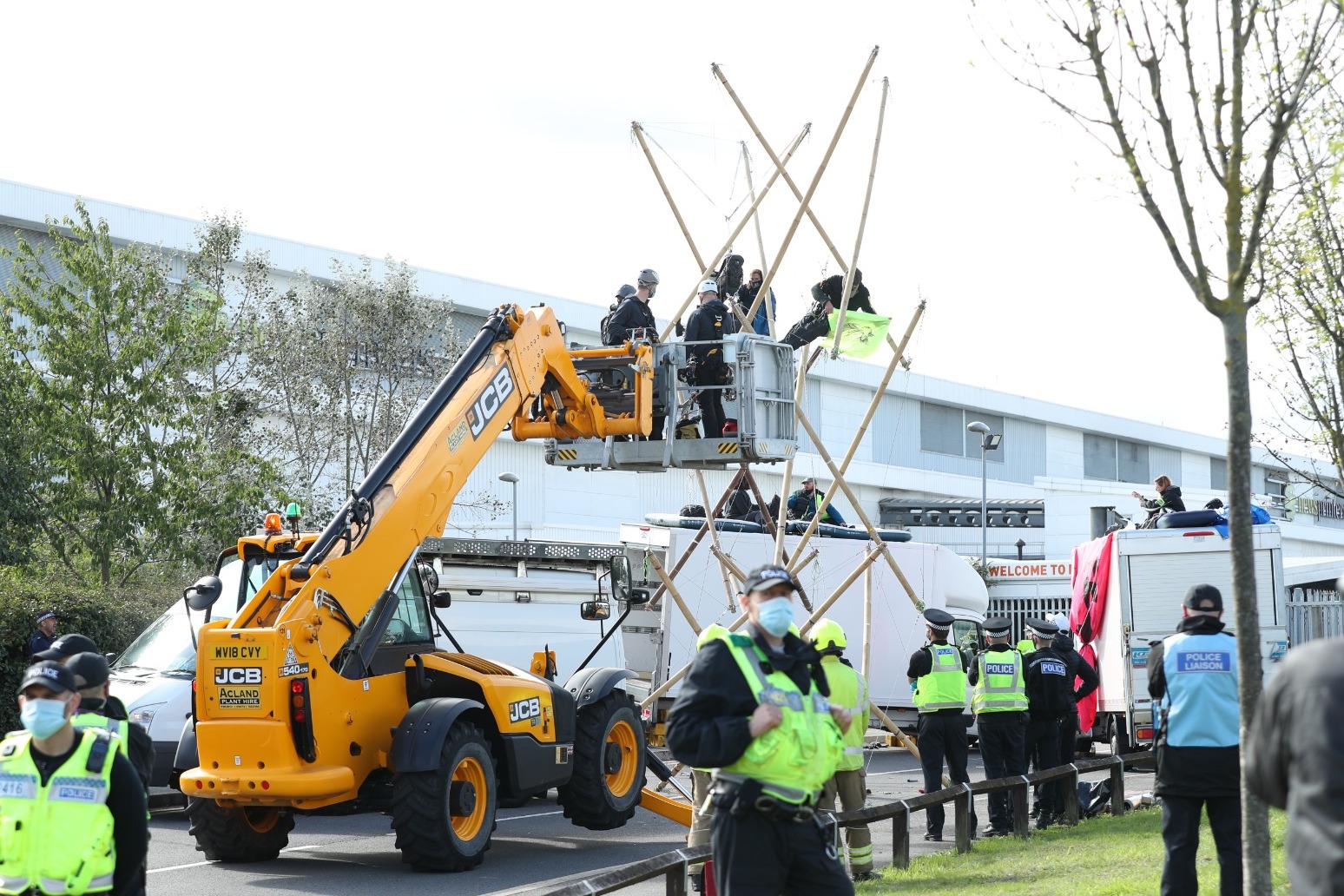 Police have charged 26 people with aggravated trespass after protesters blocked the delivery of some of the UK’s major newspapers.

Some newsagents’ shelves were left empty on Saturday morning after Extinction Rebellion demonstrators targeted Newsprinters’ printing works at Broxbourne in Hertfordshire and Knowsley, near Liverpool, overnight.

Merseyside Police said it had since charged 26 people, aged between 19 and 60, following a demonstration at the “News International premises” in Knowsley on Friday night.

Police said all 26 have been granted bail under the condition they do not enter Merseyside or contact any News International employees.

More than 100 demonstrators used vehicles and bamboo lock-ons to block roads outside the Newsprinters’ works on Friday evening, with both protests continuing until Saturday afternoon.

The blockade prevented delivery vans from leaving presses which publish the Rupert Murdoch-owned News Corp’s titles including The Sun, The Times, The Sun On Sunday and The Sunday Times, as well as The Daily Telegraph and Sunday Telegraph, the Daily Mail and Mail On Sunday.

Hertfordshire Police said they had taken 50 people into custody.

XR apologised to newsagents for the disruption but added it would not apologise to Mr Murdoch, calling on him to “stop suppressing the truth about the climate crisis and profiting from the division your papers create”.

Government sources have confirmed to the PA news agency that Home Secretary Priti Patel wants to take a “fresh look” at how XR is classified under law after a stunt Boris Johnson deemed “completely unacceptable”.

The review could lead to XR being treated as an organised crime group, sources said, as part of a clampdown on its activities, which have included bringing cities across the UK to a standstill by forming human barriers along major roads and by disrupting public transport.

Under additional proposals, Parliament, courts and the press could be given special status in regard to the key role they play in democracy, with the potential for police to be handed beefed-up powers to stop demonstrators entering designated areas outside such premises.

“It would be illegal to stop MPs going to vote or judges getting to court and it would also protect a free press,” a Government source told PA.

Speaking to Sky News’s Sophy Ridge On Sunday programme, he said: “We always keep all of our laws under review but I think actually the laws are in place to take relevant enforcement action against criminal behaviour.”

Responding to criticism from Ms Patel that their actions were an “attack on our free press”, XR said: “Our free press, society and democracy is under attack – from a failing government that lies to us consistently, is becoming increasingly authoritarian and is leading us towards four degrees of warming.”