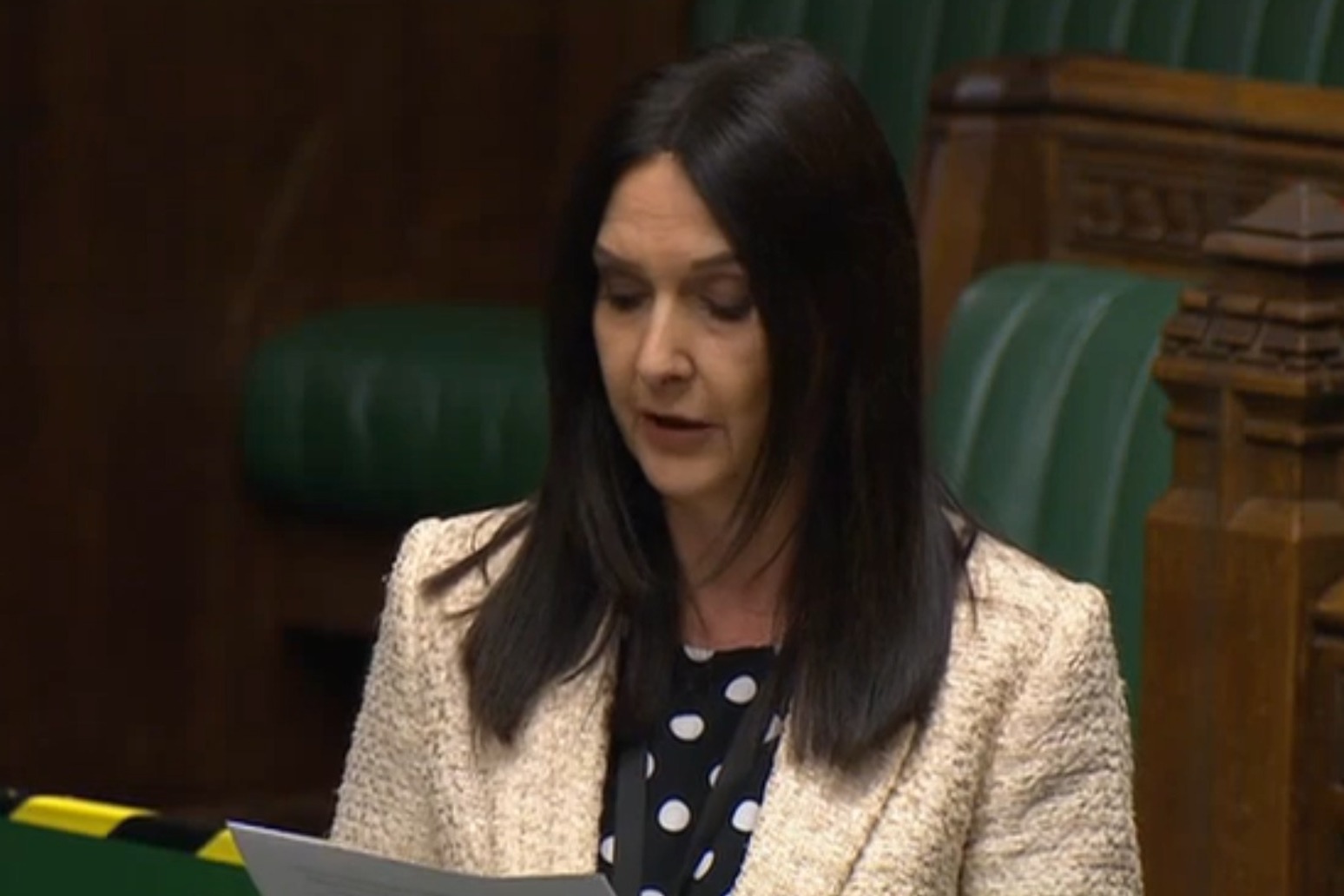 Police are investigating MP Margaret Ferrier for alleged breaches of coronavirus laws after she took a train from London to Scotland knowing she had coronavirus.

SNP leader Nicola Sturgeon said she had made it “crystal clear” in a call with Ms Ferrier, who has had the whip withdrawn by the SNP, she should resign her seat following the “monumental” error of judgment.

The Metropolitan Police said it is “conducting an investigation into potential offences” with British Transport Police.

The London force said in a statement: “An investigation is under way into reported breaches of the Health Protection Regulations 2020.

“On Thursday October 1, a Member of Parliament contacted Police Scotland to report she may have breached legislation and guidance relating to Covid-19.

“This related to her actions earlier this week, including a train journey on Tuesday September 29, between London and Glasgow, following a positive Covid-19 test.

“Following consultation with Police Scotland, officers from the Metropolitan Police, working with British Transport Police, are conducting an investigation into potential offences.

“The Parliamentary Commissioner for Standards has been informed.”

Ms Ferrier could face a £4,000 fine for a first-time offence of coming into contact with others when she should have been self-isolating.

Prime Minister Boris Johnson told BBC Scotland it is vital “everyone obeys the rules and the guidance” regarding coronavirus.

He said that, in March and April, people in Scotland and across the UK “came together and got the virus down”, but he added: “Alas what happened since then is that everyone got a bit… complacent and a bit blase.

“I think everybody should stick to the rules and that’s what they are there for.

“We’ve seen they did make a huge difference.”

Speaking at her daily coronavirus briefing on Friday, Scotland’s First Minister said Ms Ferrier should “come to the right decision” and step down as an MP.

Ms Sturgeon said: “This was a monumental, actually almost incomprehensible, error of judgment on Margaret’s part, and I can’t make my feelings on that any clearer than I am doing.

“There surely can be nobody in this country who doesn’t know that if you have a positive test for Covid you should isolate yourself, and you certainly shouldn’t sit on a train for six hours taking a 450-mile journey.”

Ms Ferrier issued an apology on Thursday evening as she revealed she was tested for coronavirus on Saturday after developing symptoms, but then took a train to Parliament on Monday when she should have been self-isolating.

She spoke in a Commons debate on coronavirus on Monday, and was told at some point that evening she had tested positive.

Instead of self-isolating, she took a train back to Scotland on Tuesday.

SNP staff at Westminster say they were told on Wednesday Ms Ferrier had coronavirus, and initially thought she had taken the test after returning to Scotland, only learning about her breaches of self-isolation rules on Thursday.

Ms Sturgeon said on Friday Ms Ferrier had been unable to give a “cogent explanation” for her actions.

The MP is now facing growing calls to quit, with Ms Sturgeon saying she has herself told her to resign but Ms Ferrier did not reveal what she intends to do.

The First Minister added: “I don’t have the power to force an MP to sit down, no party leader has that power.

“But I can make my views known and, difficult though it is, I have done so, and I hope she will come to the right decision.”

Her tough stance was echoed by SNP Westminster leader Ian Blackford, who insisted Ms Ferrier’s position as an MP is untenable following her “tremendous error of judgment”, telling BBC Radio Scotland’s Good Morning Scotland programme she will “have to do the right thing”.

Commons Speaker Sir Lindsay Hoyle described her actions as “completely reckless behaviour”, and said he found out while in the Speaker’s Chair at around 4pm on Wednesday.

He told Sky News the reaction was immediate and “within 20 minutes we were in full swing on what we needed to do to ensure the safety and security of staff and members”.

The Speaker’s Office alerted DUP MP Jim Shannon he was a close contact of a positive case on Wednesday, having been seated at a socially-distanced dining table with Ms Ferrier on Monday evening.

His party’s statement said he immediately self-isolated and continues to do so as a precaution, after a negative test result on Thursday.

A number of other SNP MPs, including David Linden whose Glasgow East constituency neighbours Ms Ferrier’s, also called for her to quit.

Ms Ferrier, the Rutherglen and Hamilton West MP, said she took a test on Saturday afternoon after experiencing “mild symptoms”, meaning she should have self-isolated.

In a statement, she said she travelled home to Cambuslang, South Lanarkshire, on Tuesday, where she has been self-isolating ever since.

She apologised for her actions and said there was “no excuse”.

“That’s now a matter for the police, the authorities who are investigating the matter, and it is really for her to consider what her political future is, and for her party, the SNP.”

Scottish Conservative leader Douglas Ross said her actions were “reckless and dangerous”, and her position as an MP is now “completely untenable”.